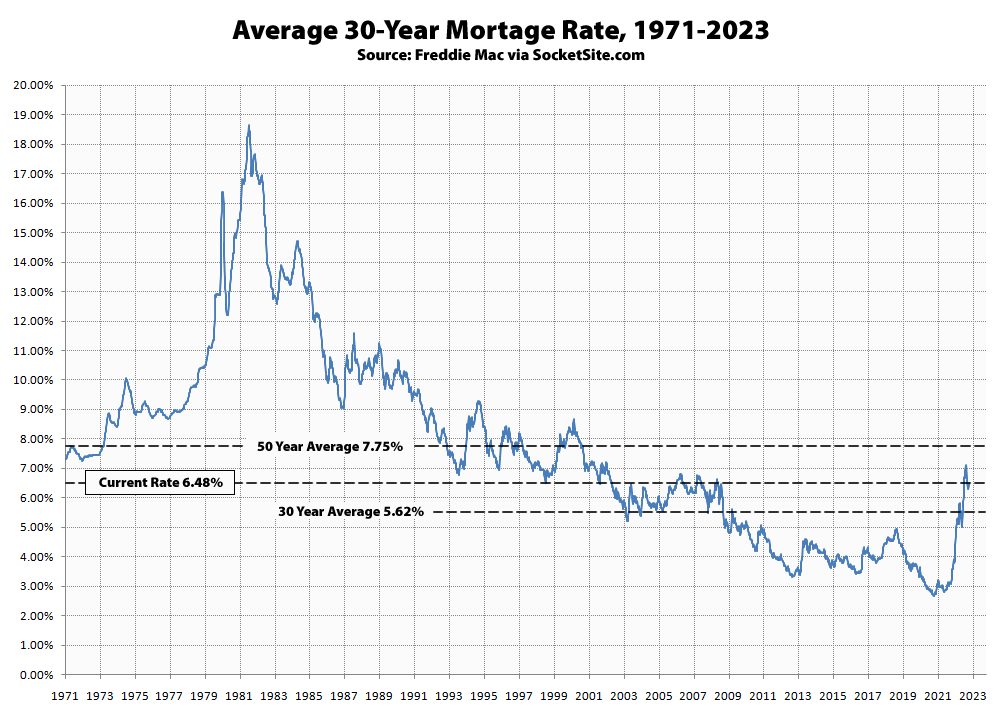 While mortgage application volume dropped to a quarter century low at the end of 2022, despite a pullback in mortgage rates in the fourth quarter of last year, the average rate for a benchmark 30-year mortgage has since inched up another 6 basis points (0.06 percentage points) to 6.48 percent, which is twice as high as it was at the same time last year and 145 percent higher than its all-time low of 2.65 percent two years ago but still below its long-term average by over a full percentage point.

At the same time, the number of new homes on the market across the nation is holding around a 15-year high, driven by a pronounced drop in demand, and the probability of the Fed hiking rates by at least another 50 basis points over the next three months has actually ticked up to over 90 percent, none of which should catch any plugged-in readers, other than the most obstinate, by surprise.

Stickiness of Home Prices in San Francisco Is Slipping

Re-Revised Plans for Building Up on Geary Closer to Reality