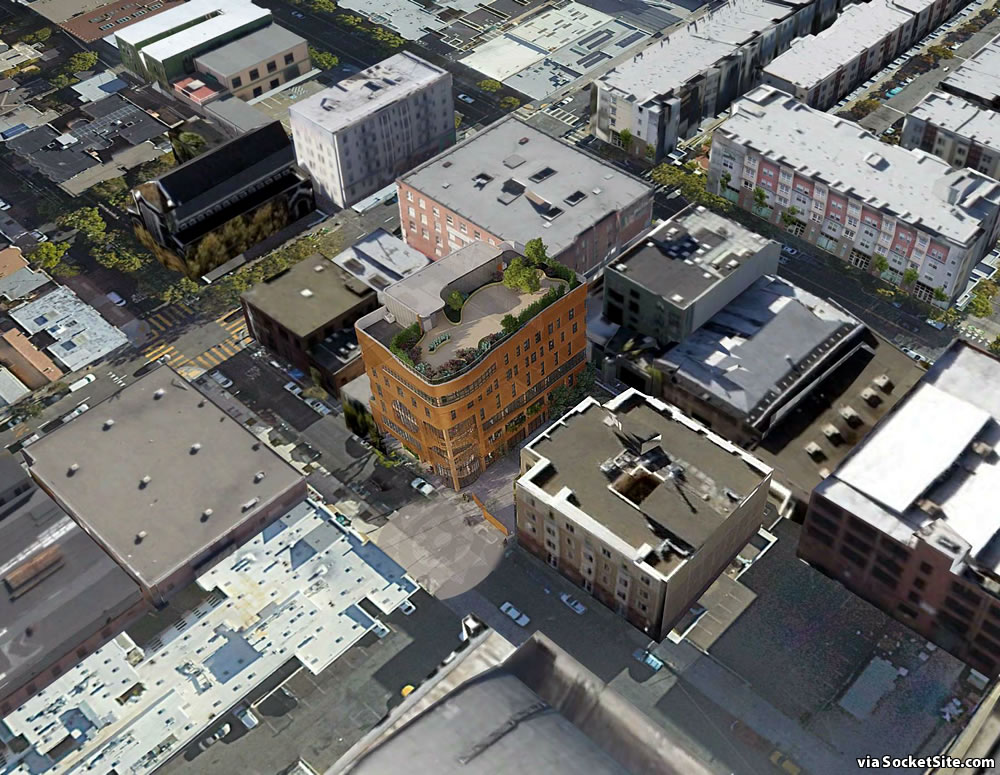 As designed by PYATOK Architects for the Friendship House Association of American Indians, a modern six-story building dubbed the “Village SF” is proposed to rise up to 79 feet in height on the mostly vacant lot adjacent to the existing Friendship House building at 56 Julian Avenue in the Mission. 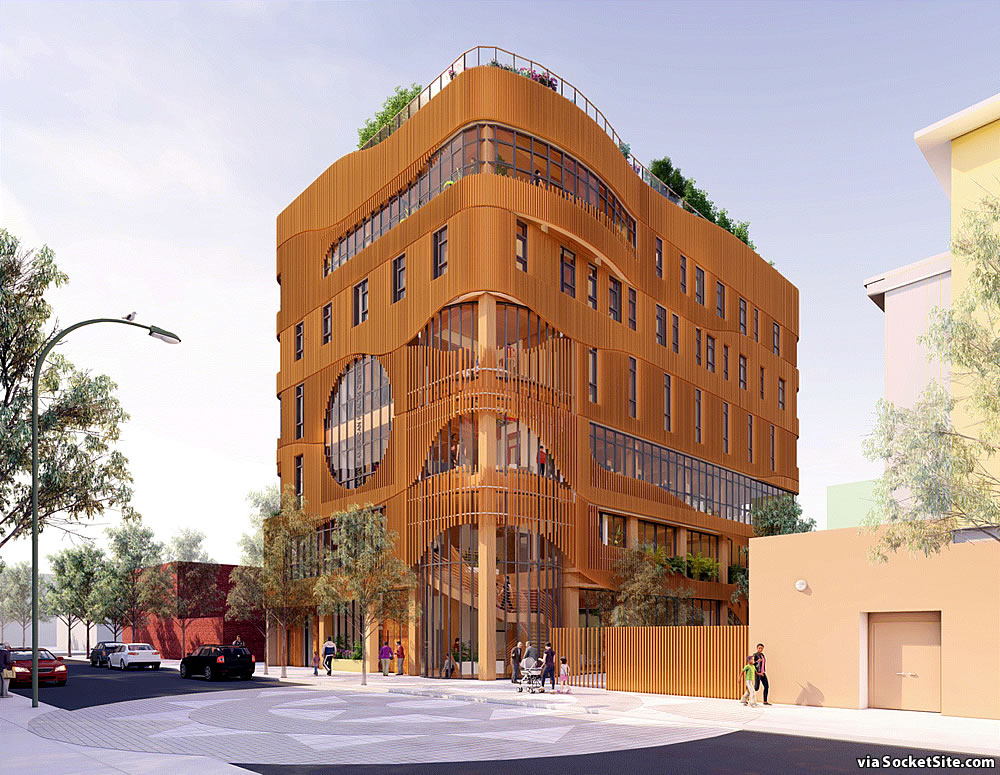 Envisioned as a highly visible, cultural, spiritual and community nexus for urban American Indians and Native organizations, the 43,000-square-foot Village would not only serve as the headquarters for the San Francisco American Indian Cultural District and provide a large gathering and exhibit area for the San Francisco American Indian Cultural Center, but would yield a host of supportive and social services, including healthcare, counseling and educational services, with 21 rooms of transitional housing and a green roof with a common space and vegetable garden. 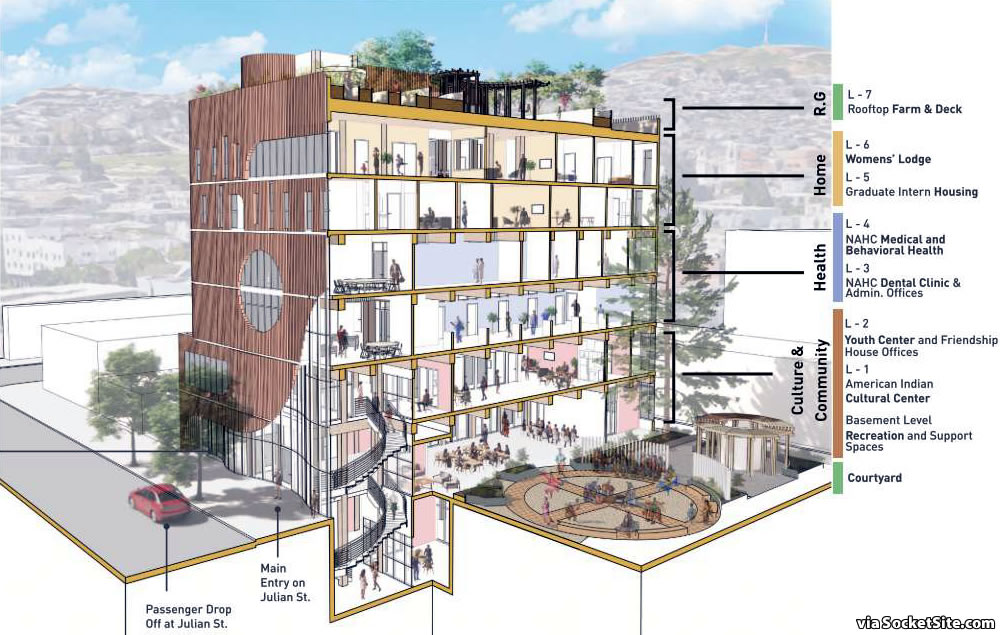 And while the proposed Village still needs to be approved by San Francisco’s Planning Commission and Board of Supervisors, and a Special Use District for the site will need to be approved in order to exceed the existing 45-foot height limit for the site, the plans are slated to be granted a reprieve from having to complete an extensive environmental review. We’ll keep you posted and plugged-in.

Waylaid Mission District Development Back on the Boards