Index for Bay Area Homes Has Dropped 13%, Headed Down 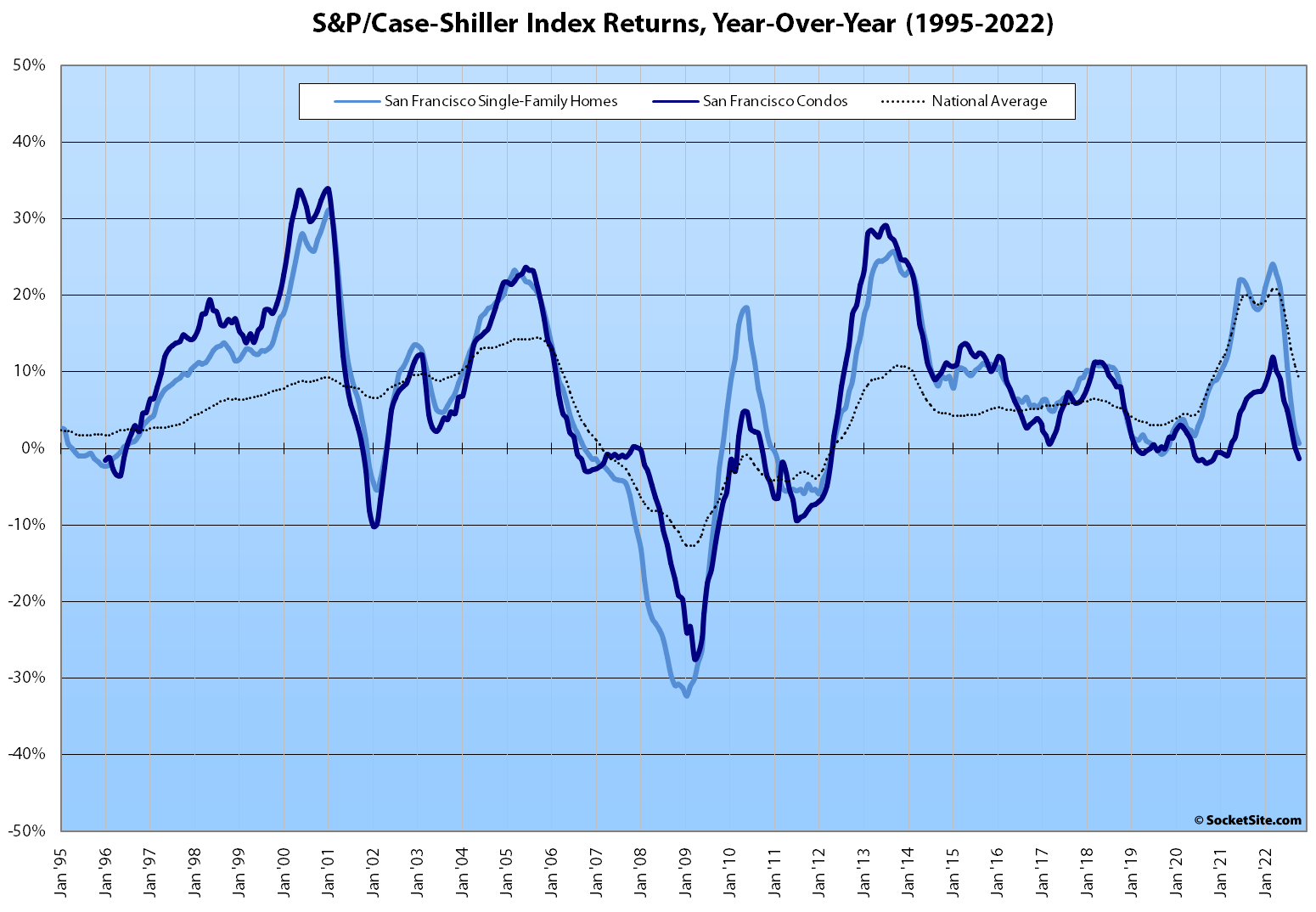 The S&P CoreLogic Case-Shiller Index for single-family home values within the San Francisco Metropolitan Area – which includes the East Bay, North Bay and Peninsula – ticked down another 1.7 percent in October.

While the “San Francisco” index is still 0.6 percent “higher than it was at the same time last year,” it has dropped 13.0 percent since May and is poised to reveal a year-over-year decline next month, none of which should catch any plugged-in readers by surprise. 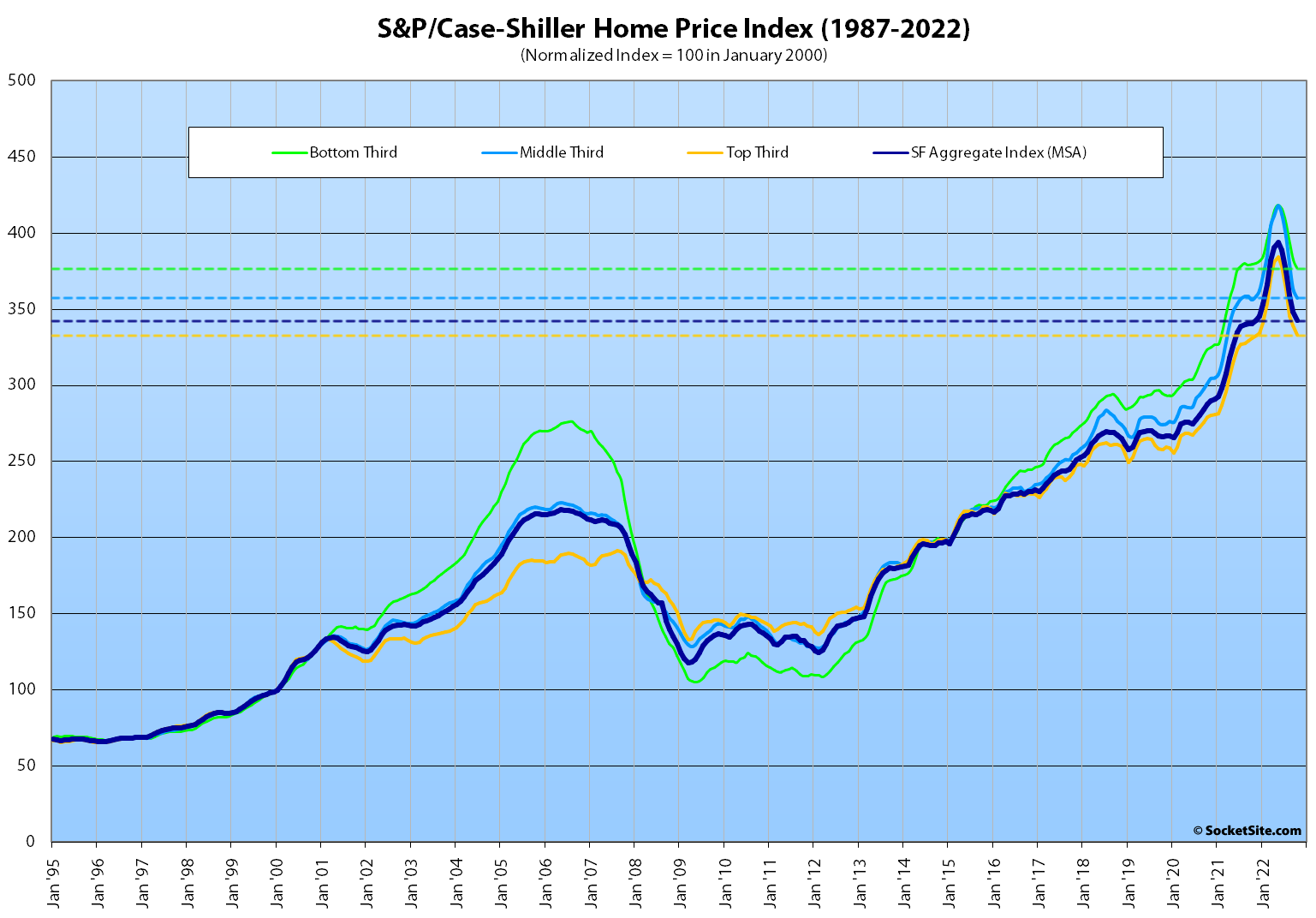 The index for Bay Area condo values, which remains a leading indicator for the market as a whole, ticked down 1.6 percent in October and was down 1.3 percent on a year-over-year basis, that’s versus year-over-year gains of 7.6 percent, 6.4 percent and 6.1 percent in Los Angeles, Chicago and New York respectively. 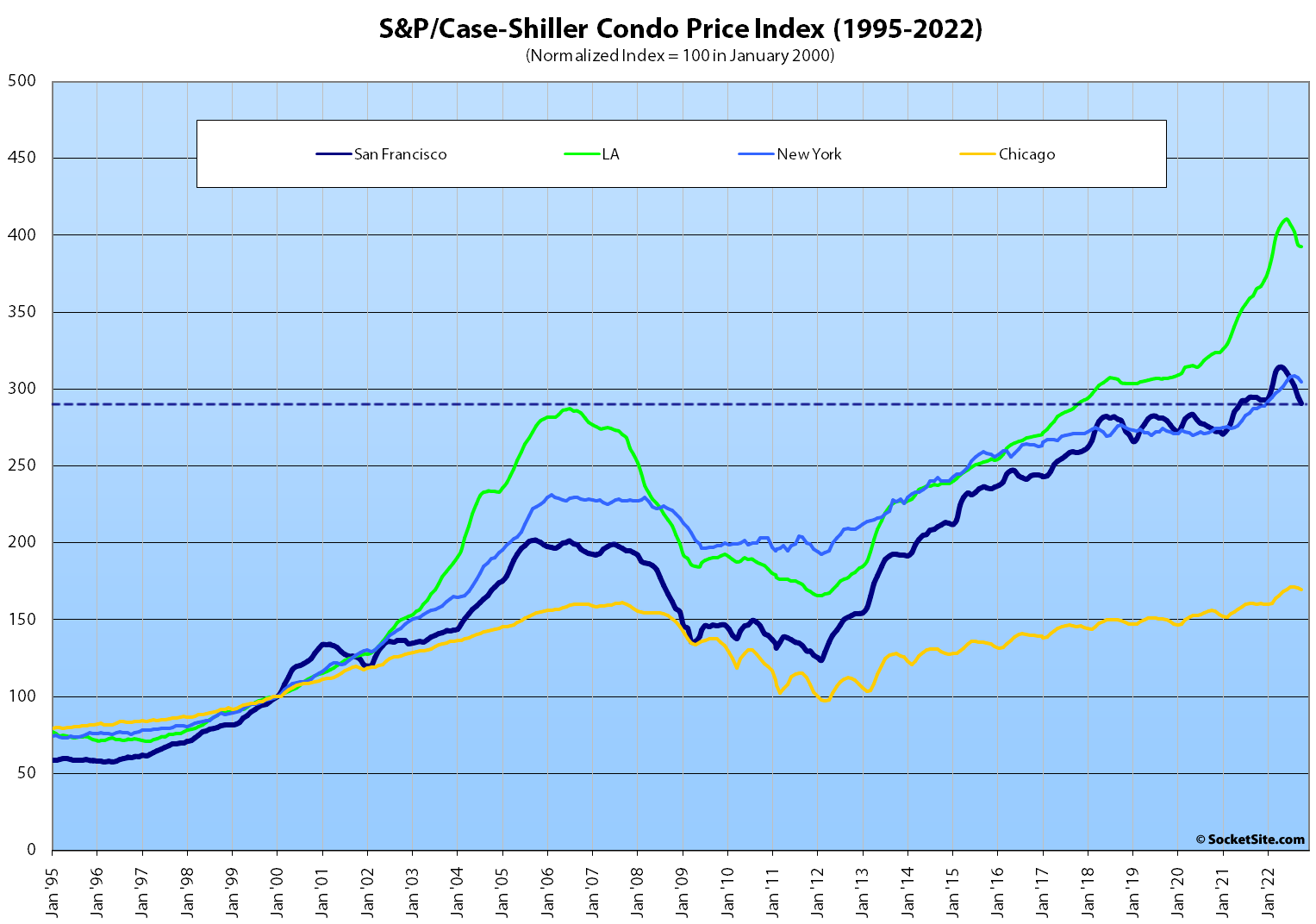 And nationally, Miami continued to lead the way with respect to exuberantly indexed home price gains, up 21.0 percent on a year-over-year basis, followed by Tampa (up 20.5 percent) and Charlotte (up 15.0 percent), with a 0.5 percent drop in the national index in October and the indexes for San Francisco and Las Vegas (down 1.8 percent), followed by Phoenix (down 1.6 percent), having dropped more than any other major metropolitan areas.

Pending Price per Square Foot Drops to a Five-Year Low in S.F.

Two Modern Mansions and a Driveway with Hidden Parking