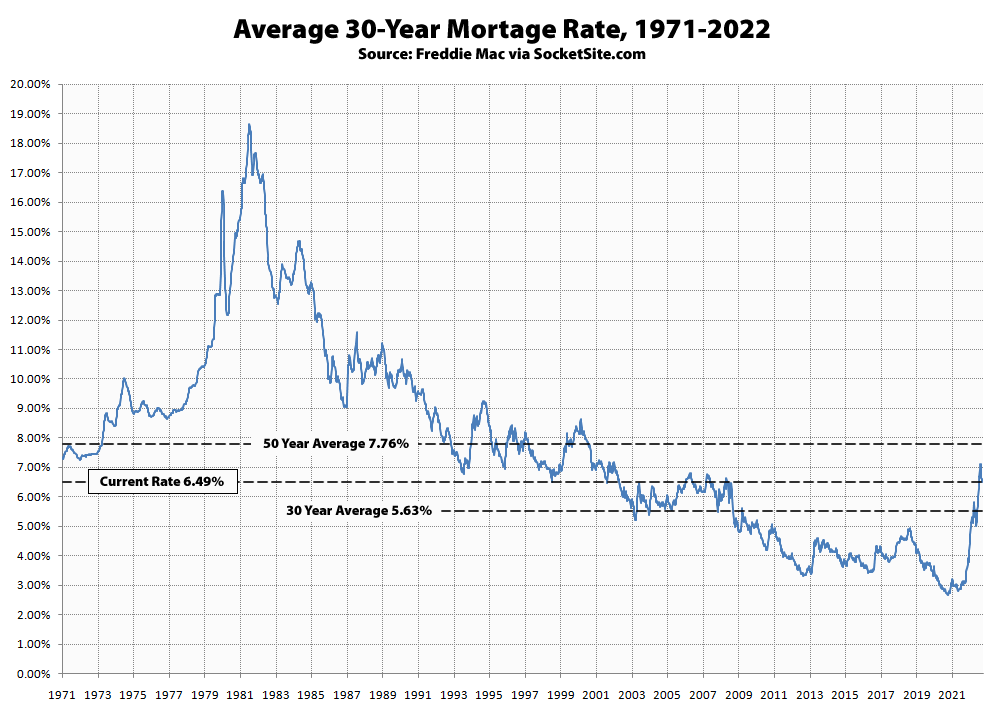 That being said, the average 6.49 percent rate was calculated prior to yesterday’s remarks from Federal Reserve Chair Jerome Powell and the rate for the 10-year treasury, which forms the foundation of the 30-year mortgage rate, has since dropped 20 basis points in anticipation of a moderation in future hikes to the federal funds rate.

The Fed is still expected to continue raising rates, however, with the probability of a 50 basis point hike by the end of the year holding at 100 percent and an 80 percent chance that the federal funds rate will be 100 basis points higher than today within the next three months.