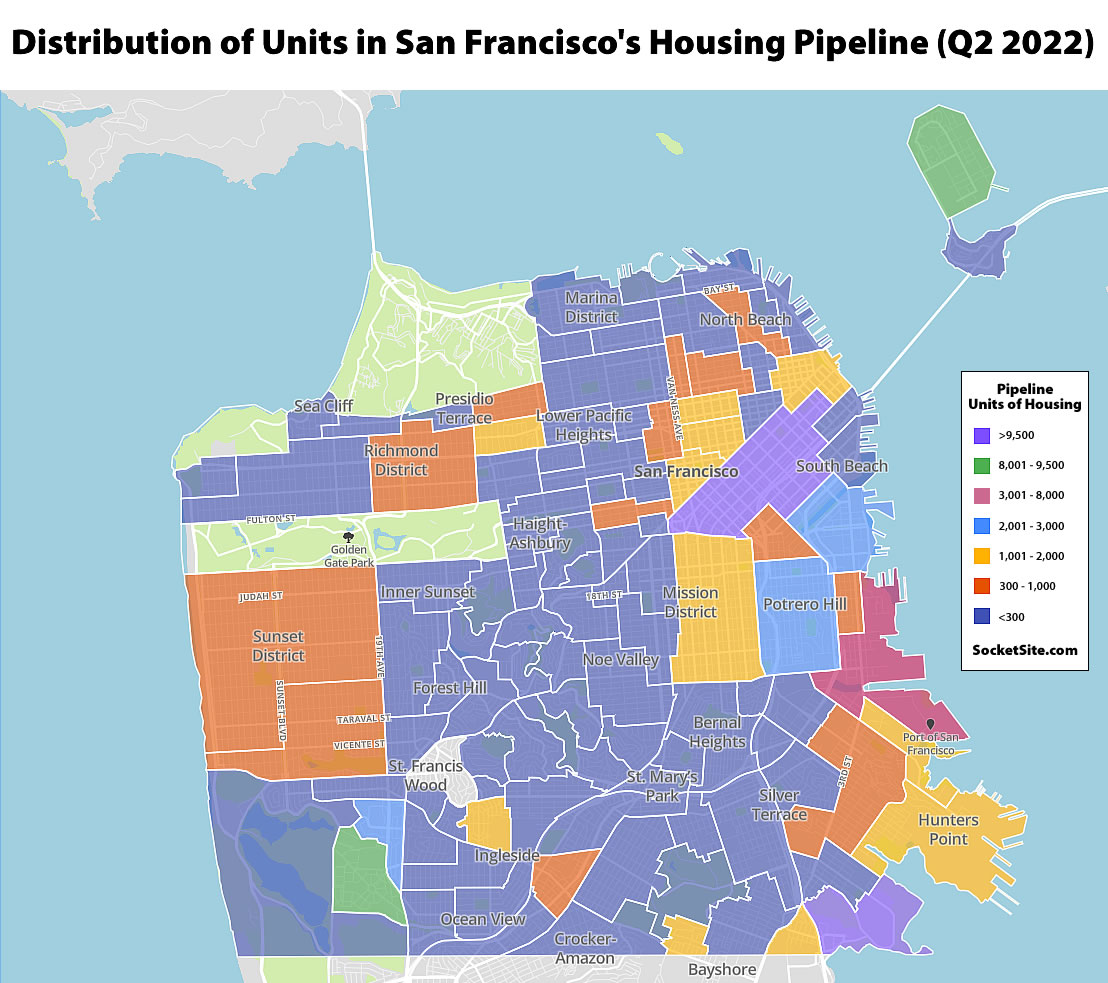 Having hit a record high in the first quarter of this year, the total number of units in San Francisco’s housing pipeline, including affordable units that are slated to be rebuilt, slipped back under 80,000 in the second quarter of 2022, driven by a 22 percent drop in the number of units that were newly proposed, according to our queries of Planning’s databases as mapped and distributed above.