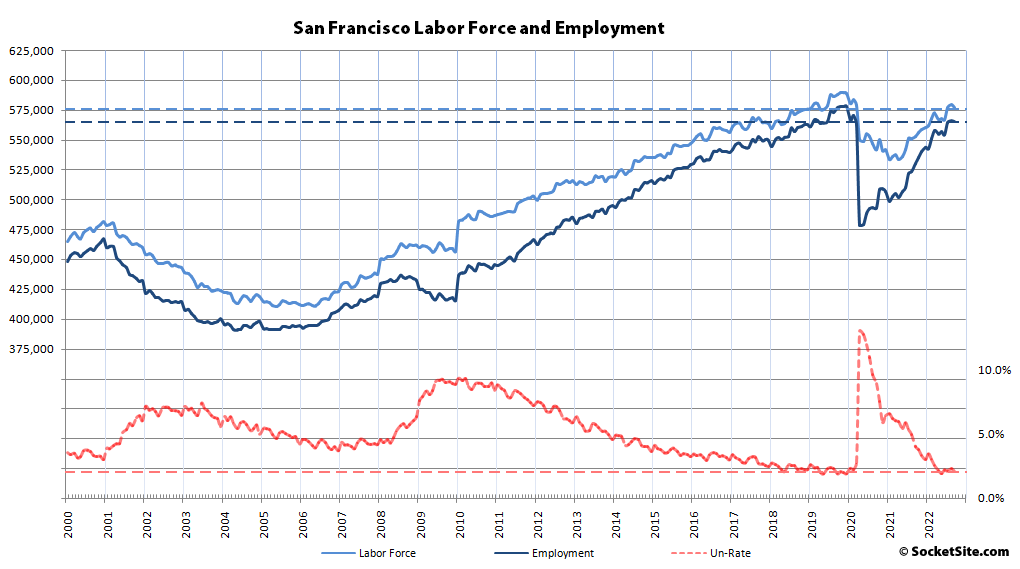 While the number of people living in San Francisco with a paycheck typically ticks up by a few thousand in September, net employment inched down by 600 last month to 565,200. But with 2,000 people having left the local labor force, the unemployment rate inched down from 2.3 to 2.1 percent as well. 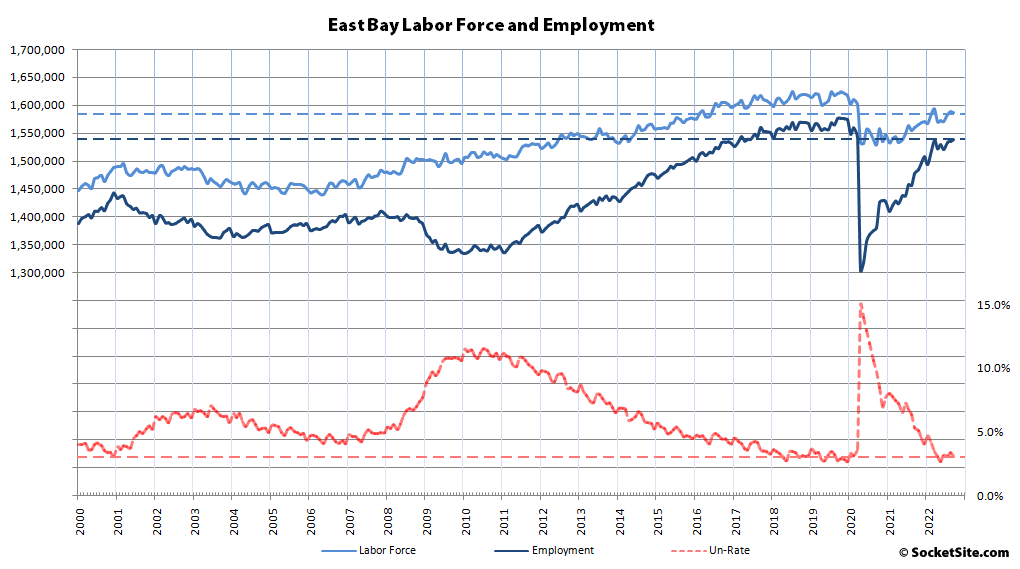 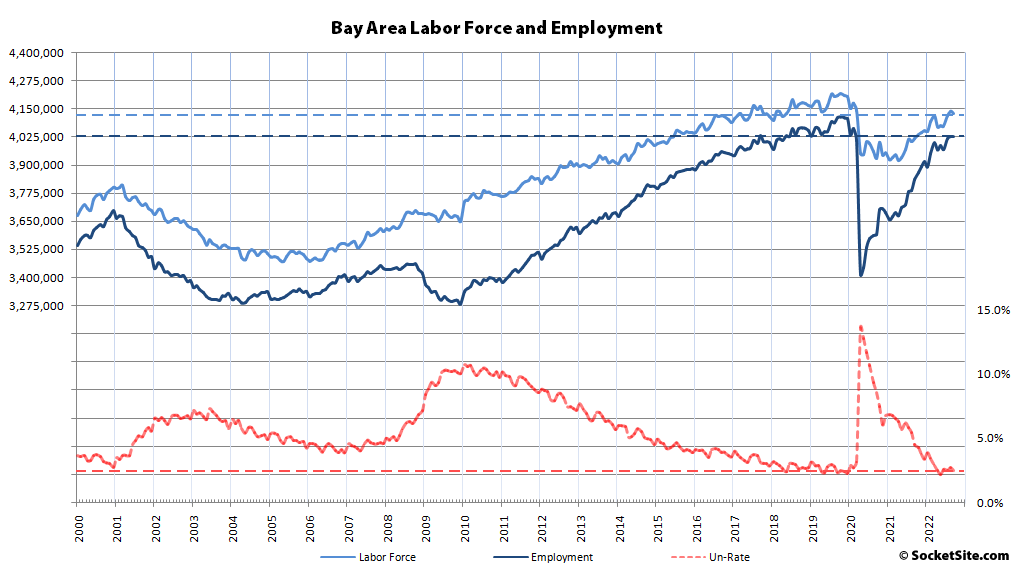 At the same time, there are still 44,500 fewer people in the Bay Area labor force than there were prior to the pandemic having hit and nearly 95,000 fewer people than in October of 2019 when the local labor force peaked. We’ll keep you posted and plugged-in.

Can You Spot the "Buildable" Million Dollar Lot?