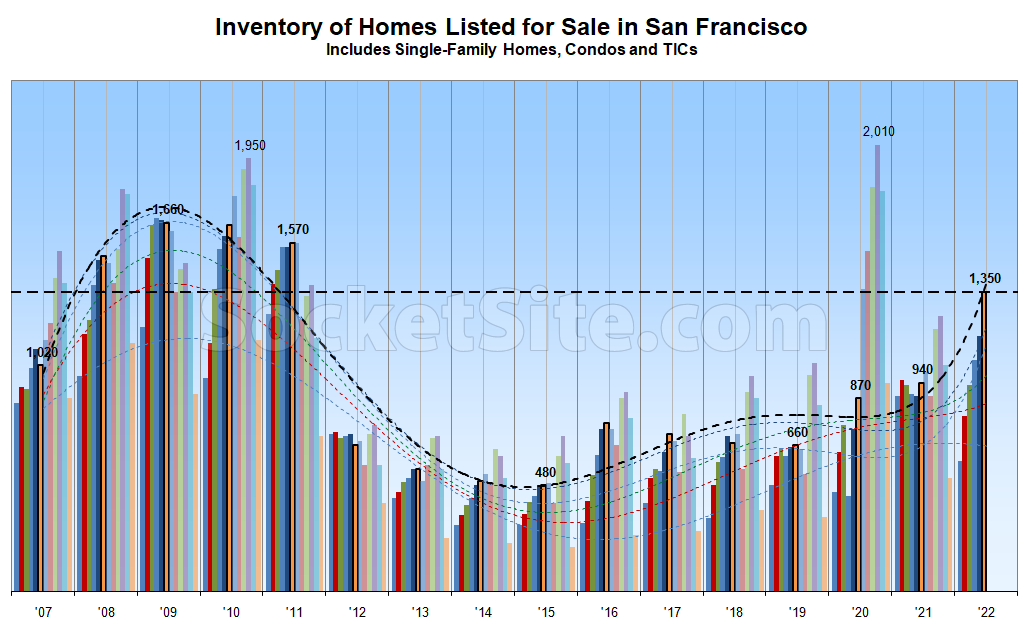 Despite a slowdown in the number of homes that have been newly listed for sale over the past month, the net number of homes on the market in San Francisco, a.k.a “inventory,” has increased by double digits as the pace of sales has declined even more.

As such, there are now 30 percent more homes on the market than there were at the same time last year, listed inventory in San Francisco is nearly 60 percent higher than average over the past decade, over twice as high as prior to the pandemic, and three times as high as in June of 2015.

Keep in mind that springtime inventory levels in San Francisco typically peak in June. We’ll keep you posted and plugged-in.

Pending Home Sales in the U.S. Inch Up, Drop Year-Over-Year