Mass Timber Addition Proposed for Project on the Rise 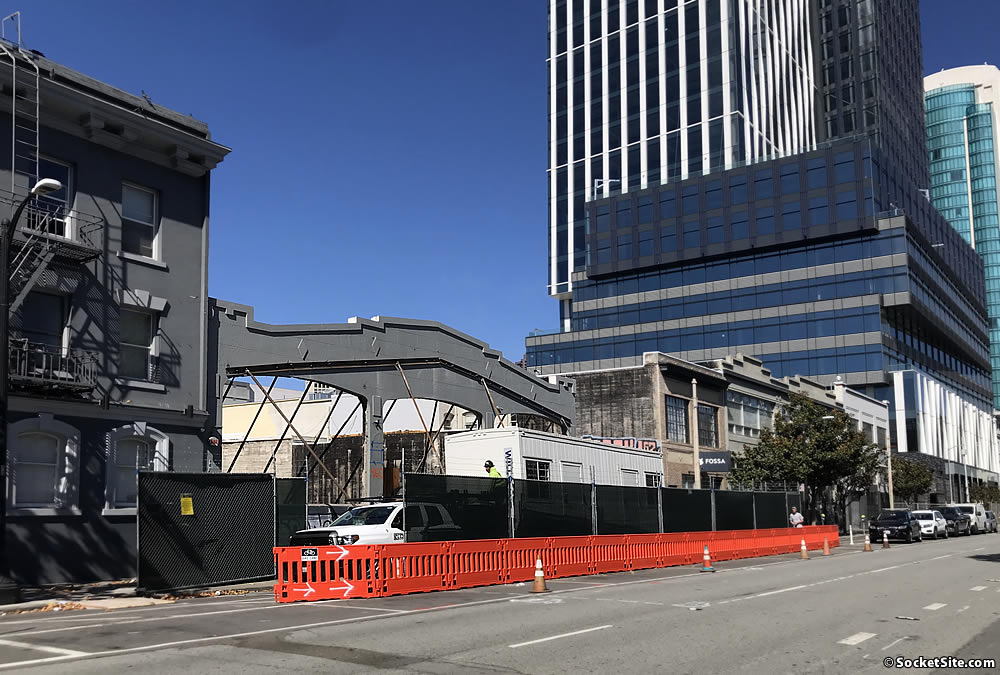 Plans to merge the two Central SoMa parcels at 952-960 Howard Street, demolish everything but the façade of the 100-year-old, single-story industrial building at 960 Howard, and develop a new three-story building on the site, with 18,500 square feet of office space, 5,200 square feet of replacement “PDR,” and a 940-square-foot retail space fronting Howard Street, were approved and permitted [in 2020]. And the re-development is/was underway.

But a new set of plans have since been drafted for the site. And as proposed, the merged parcel would be re-split, but this time vertically, and a 10-story residential addition would rise up to 140 feet in height on the site, atop the three-story commercial development which had already broken ground.

The proposed addition would yield 130 apartments, 110 of which would be two-bedrooms as proposed.

And as the site is currently only zoned for development up to 85 feet in height, the Oakland-based “oWOW” team is planning to claim a State Density Bonus to enable the addition to the previously approved project… We’ll keep you posted and plugged-in.

A refined set of plans for the site have since been drafted. While a vertical lot split is still envisioned, a 9-story vertical addition is now proposed to rise over the previously approved 3-story development that’s already under construction, an addition which would yield 104 dwelling units, 88 of which would be two-bedrooms. 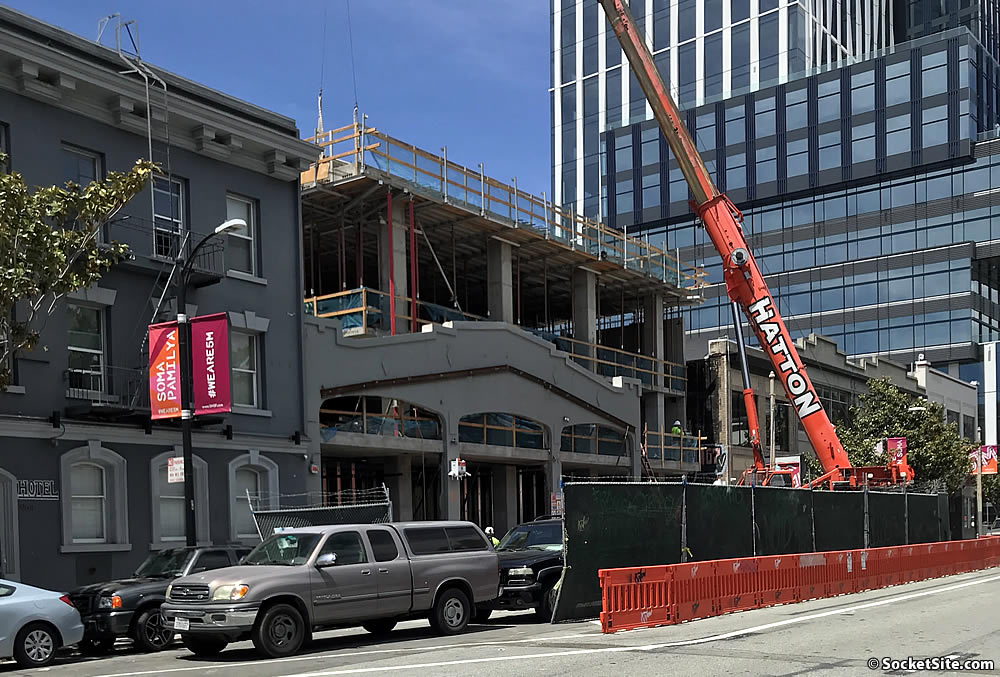 And if approved, the 9-story addition would be constructed of timber, with Density Bonus waivers for the additional building height, mass and proposed lot coverage, along with requested waivers for a reduction in the project’s required open space, living roof commitment and off-street parking for bikes. We’ll keep you posted and plugged-in.

Asking Rents in Oakland Tick Up, Discount to S.F. as Well

Apples-to-Apples-to-Index for that Russian Hill Hideaway