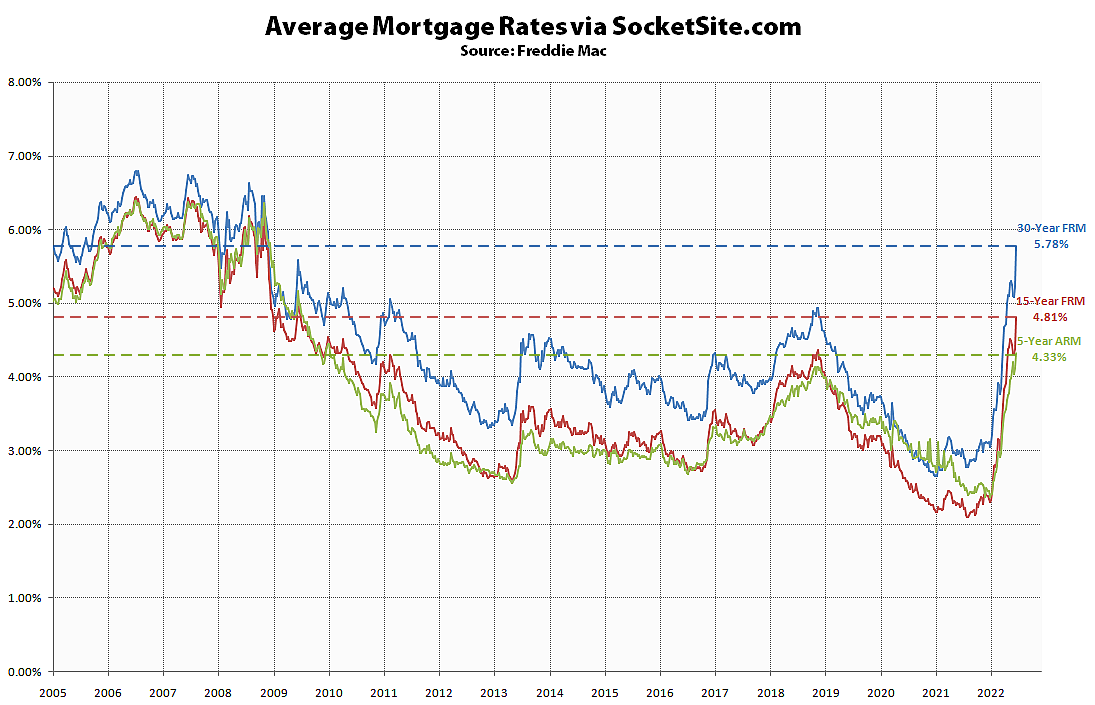 With the rise in rates, mortgage application volume in the U.S. has dropped to a 22-year low, with purchase volume down over 20 percent, year-over-year. Or as we outlined six months ago, when the average 30-year rate was closer to 3 percent, the projected rate hikes, which have since materialized, would translate into “higher mortgage rates, less purchasing power for buyers and downward pressure on home values.”

Keep in mind that the 5.50 percent rate was measured prior to yesterday’s rate hike but that the three-quarter point hike appears to have been proactively priced-in, based on movements in the 10-year treasury. That being said, the probability of the Federal Reserve raising interest rates by another two (2) full percentage points by the end of the year, based on an analysis of the futures market, is currently running around 80 percent, “which should translate into even higher mortgage rates, less purchasing power for buyers and downward pressure on home values.” We’ll keep you posted and plugged-in.

All Eyes on The Fed and Projected Rate Hike(s), Again