Plans for Building Up in The Castro 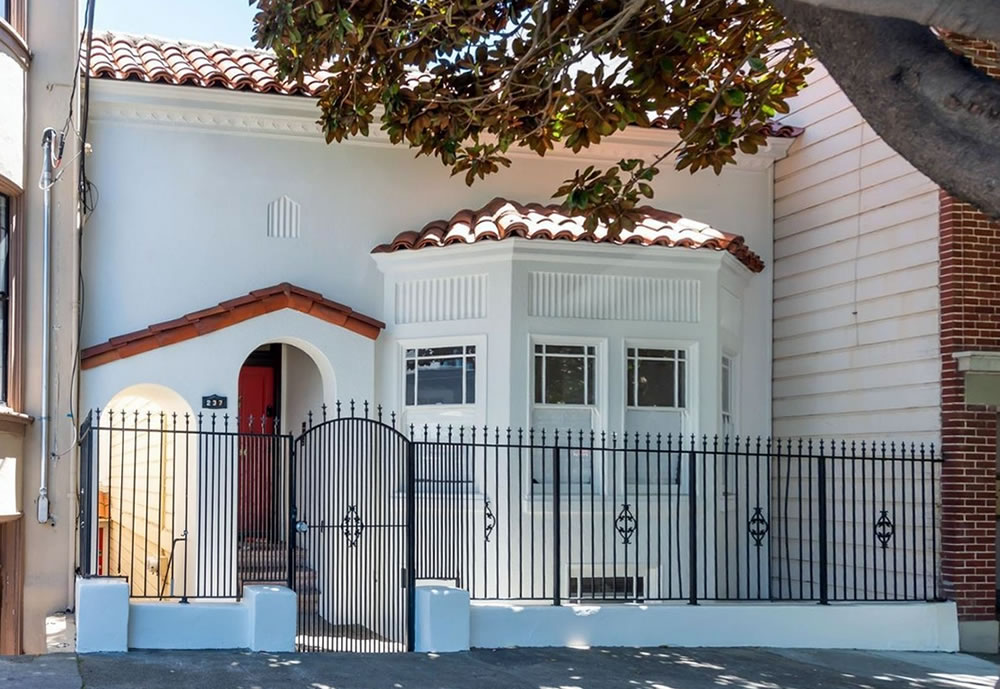 Marketed as “a classic big-roomed Victorian with high ceilings [and] plenty of original details, like crown moldings, built-ins, fireplaces, [and] delightful [hardwood] floors,” with “an immense 2 bedroom in-law unit” on its lower level, the kitchen of which was tagged for having been illegally added and was in need of being “legalize[d],” the two-story, single-family home at 237 Sanchez Street sold for $1.9 million in July of 2018. 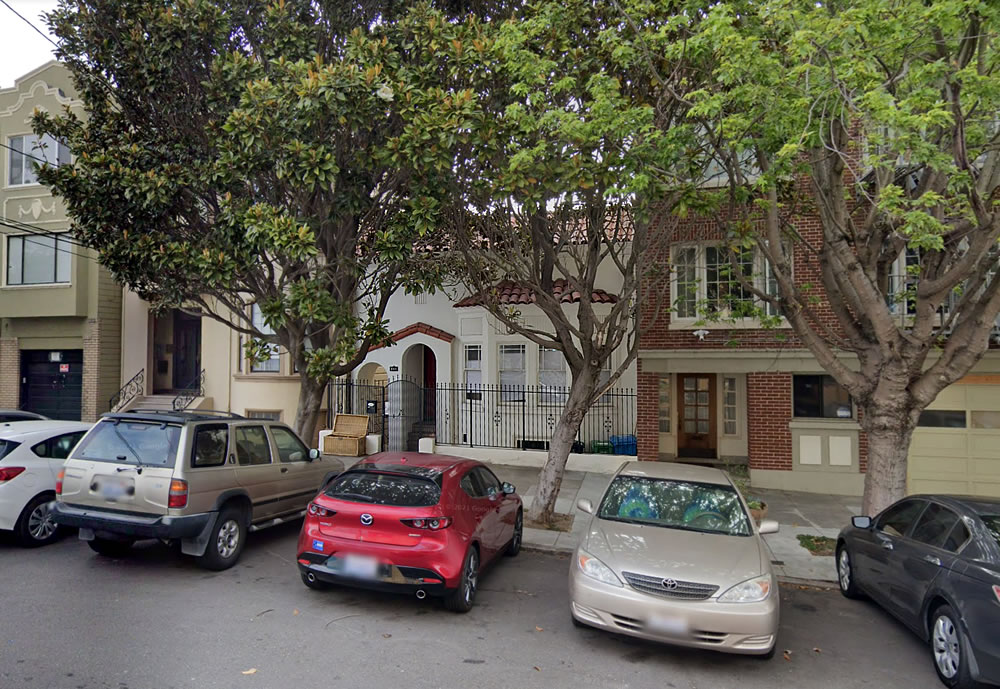 Plans to demolish 237 Sanchez were subsequently drafted. And as proposed, a four-story building would rise up to 40 feet in height on the site and yield five apartments (a mix of two one-bedrooms, one two and two fours), along with a garage for one car, the formal applications for which, which includes an application to demolish the existing unit(s) on the site, have now formally been filed with Planning and building permits, assuming the redevelopment is approved, have been requested. 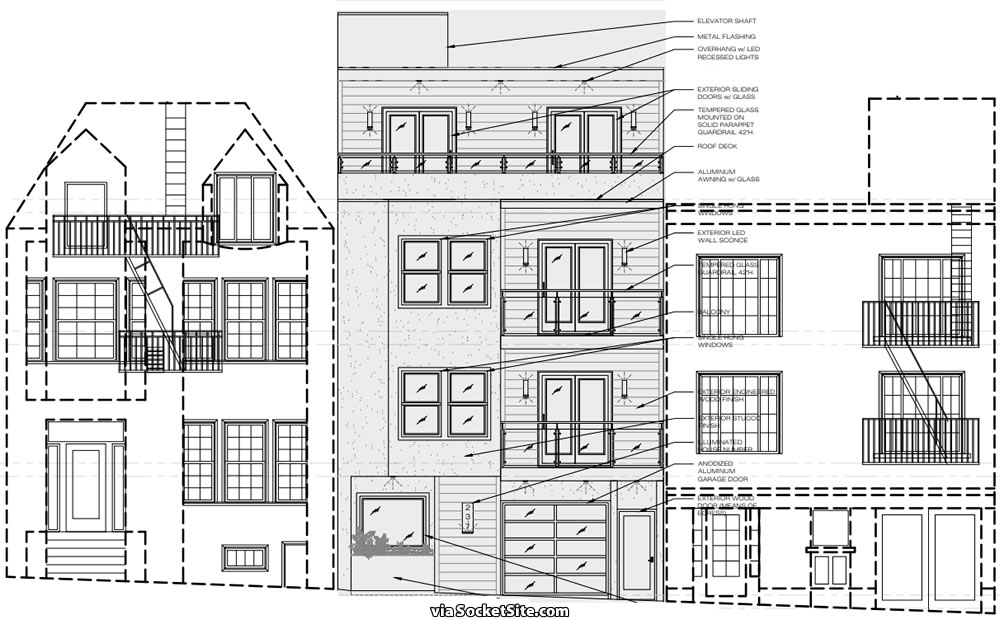 Prominent Cultural District Corner on the Market in The Mission