S.F.’s Housing Pipeline Back to Within 2 Percent of Peak, But… 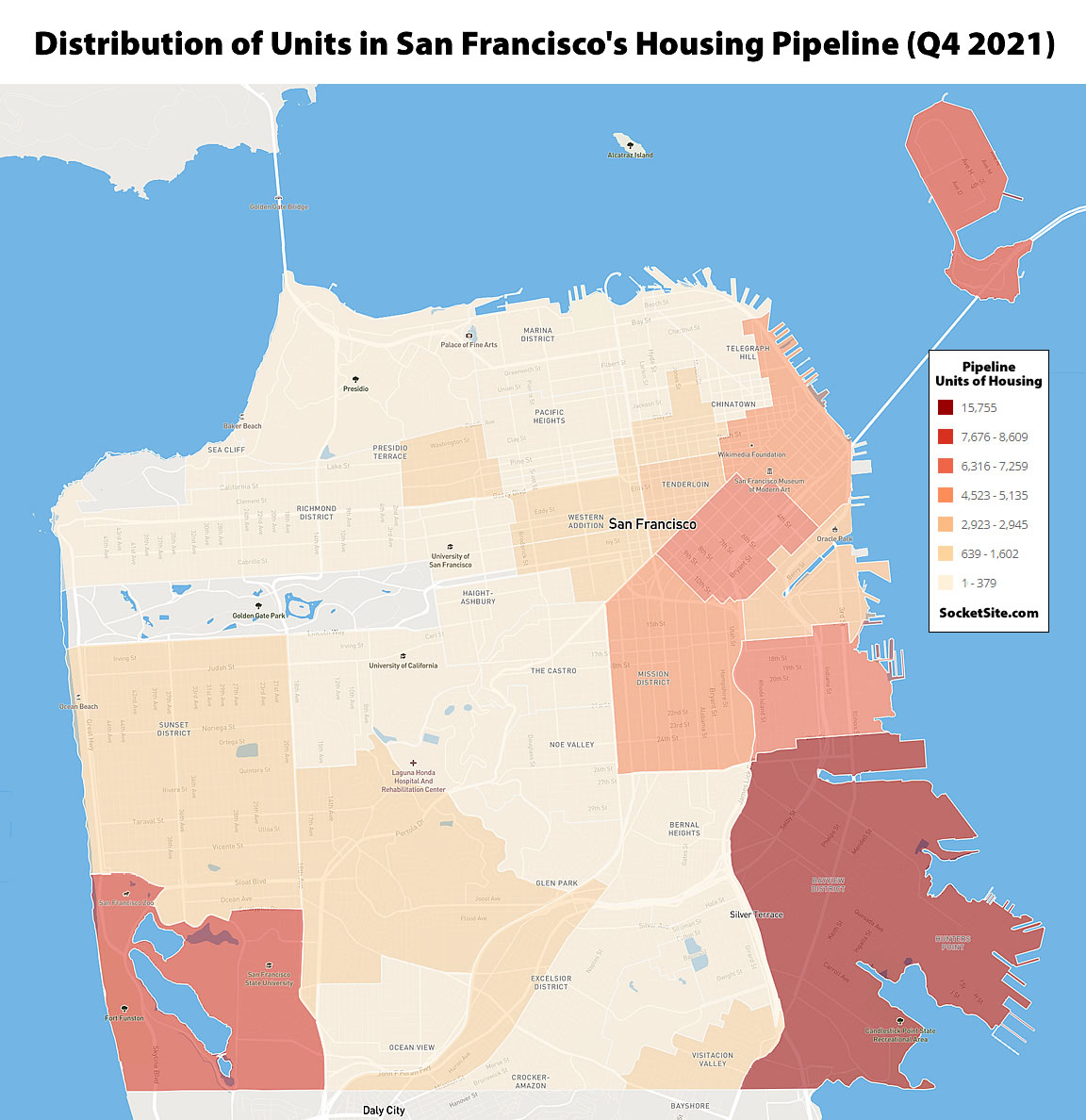 That being said, the increase in San Francisco’s housing pipeline at the end of last year was driven by new proposals for an additional 4,300 units of housing to be built, for a total of over 13,000 units in the pipeline which have been proposed but have yet to be approved, permitted, financed or broken ground.

At the same time, the number of units under construction across the city, units which should be ready for occupancy within the next year or two, actually dropped by 1,300 to 7,800 at the end of last year, representing 9 percent fewer units under construction than there were at the end of 2020 but 10 percent more than average over the past decade with another 9,000 units that have been approved and permitted and another 9,000 entitled units for which building permits have been requested.

An Institution's Parcel Is in Play

Make that Nine and a Near Decade High