Number of Homes for Sale in S.F. Hits a 10-Year Seasonal High 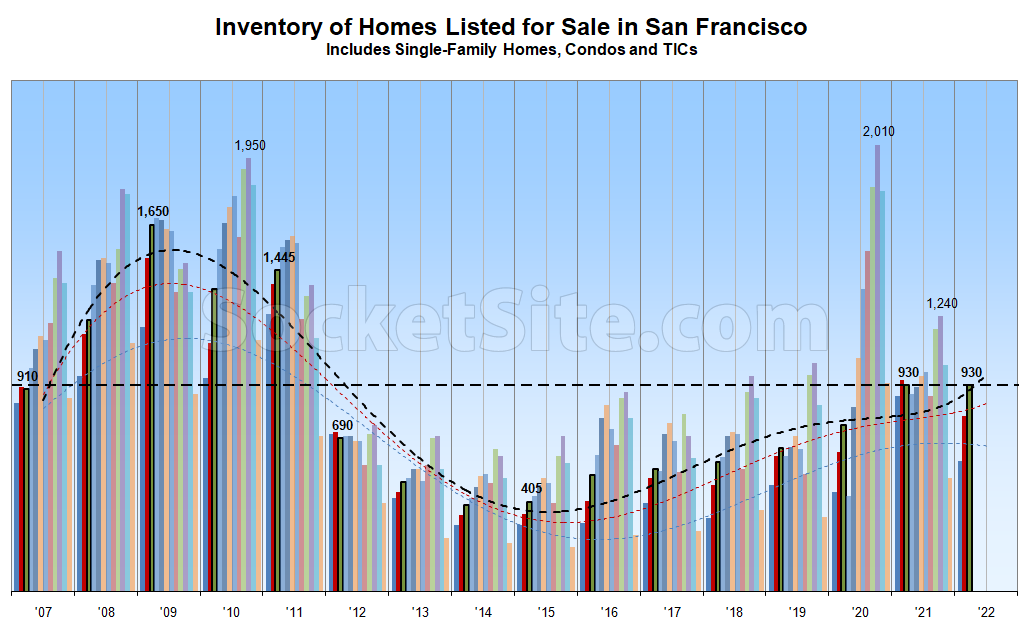 Having ticked up another 5 percent over the past week driven by a slowdown in the pace of sales, which is down year-over-year, the net number of homes on the market in San Francisco (930) just matched last year’s mid-March levels, equaling a 10-year seasonal high which should soon be surpassed.

As such, there are now 20 percent more homes on the market in San Francisco than there were prior to the pandemic and over twice as many as they were in February of 2015, a trend which shouldn’t have caught any plugged-in readers by surprise.

Once again, expect inventory levels to continue to climb in the near-term, driven by a seasonal increase in new listing activity, despite some misanalysis making the rounds at the end of last year, along with the return of properties that failed to sell last year and were quietly withdrawn from the MLS in order to be re-listed as “new” in the spring. We’ll keep you posted and plugged-in.

Pace of Home Sales in San Francisco Remains Down