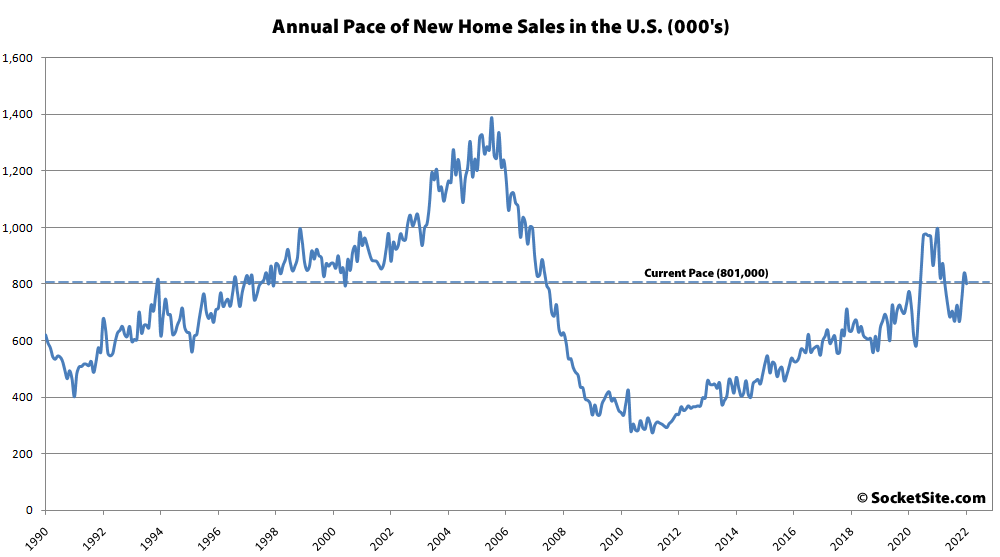 The seasonally adjusted pace of new single-family home sales in the U.S. dropped 4.5 percent in January to an annualized rate of 801,000 transactions and was down 19.3 percent on a year-over-year basis, despite a marked increase in inventory, which shouldn’t catch any plugged-in readers by surprise.

In fact, there were over 34 percent more new homes on the market at the end of last month (406,000) than there were at the same time last year, representing the most new home inventory since August of 2008 while mortgage application volumes to purchase said homes has really dropped. 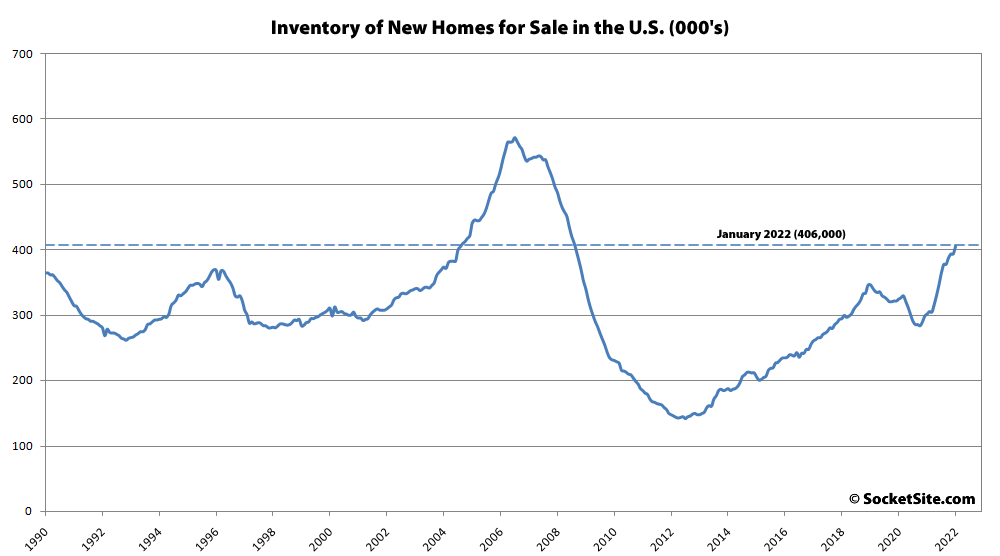