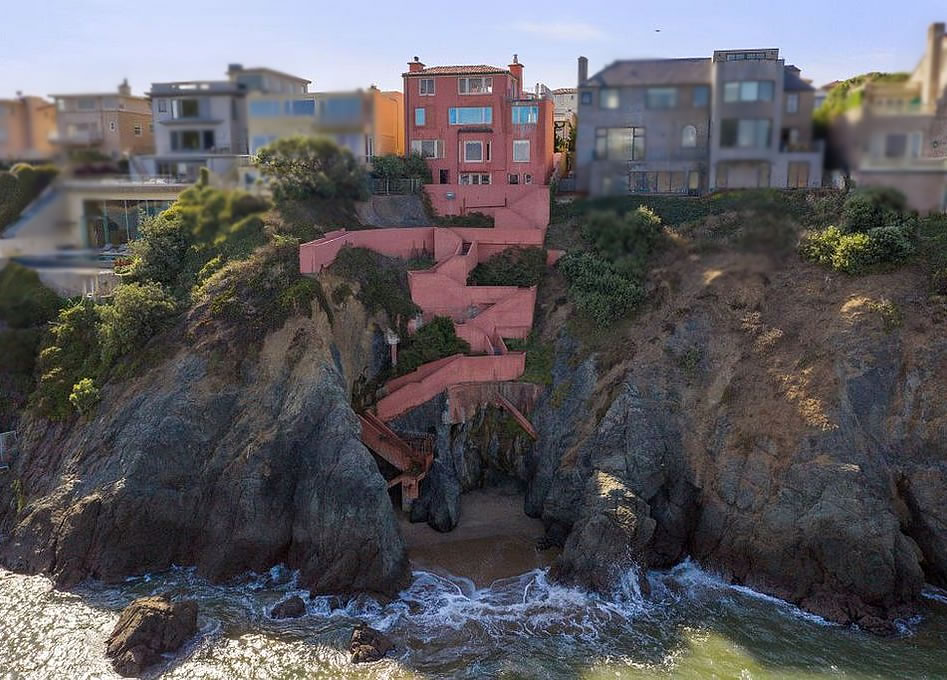 Triggered by a complaint of “deadly large rocks” raining down on the little public beach below, an engineer’s report has confirmed an erosion of the cliff behind the infamous seven-bedroom home at 224 Sea Cliff Avenue.  And while the report didn’t identify an “eminent hazardous condition,” another big problem appears to have been uncovered.

In the process of investigating the aforementioned complaint, the City was provided evidence that the private stairway, which was constructed to connect the Sea Cliff mansion to the secluded cove back in 2004, appears to have been built beyond the property lines of the home, with said lines having been misrepresented when the permits for the construction of a new retaining wall, deck and stairway were secured.  An investigation into the legality of the stairway and permit history is now underway.

At the same time, while an “eminent hazardous condition” wasn’t identified, the aforementioned erosion is undermining the structure, the concrete is spalling and the stairway’s handrails and guardrails are corroding.

And with a “solicitation of offers” for 224 Sea Cliff Avenue having passed without a buyer having been secured last year, the property, which is now in the hands of a bankruptcy trustee, remains listed on the MLS for $15.375 million, touting “access to a wonderful beach via a private staircase.”  We’ll keep you posted and plugged-in.

Number of Homes on the Market in San Francisco Climbs

Pending Home Sales in the U.S. Drop, Down 9.5 Percent YOY