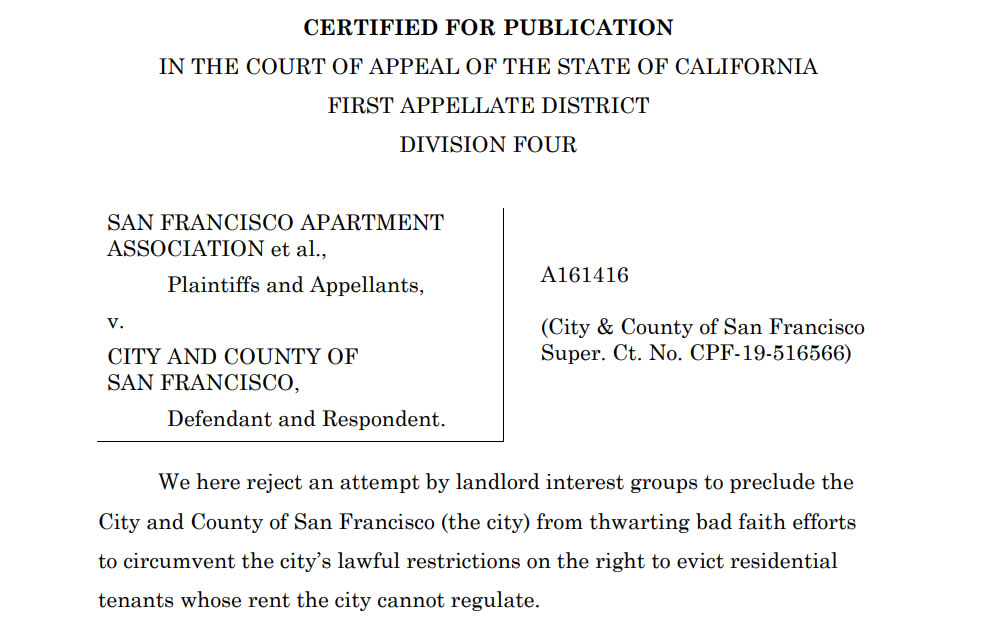 Section 37.10B of San Francisco’s Rent Ordinance, which defines Tenant Harassment, was amended in January of 2019 to prohibit landlords from attempting to circumvent eviction controls for non-rent controlled units in the city by way of a punitive or egregious increase in rent that is “imposed with an intent to defraud, intimidate, or coerce the tenant into vacating [a] rental unit.”

Plans for Condos to Rise on Iconic Bathhouse Site