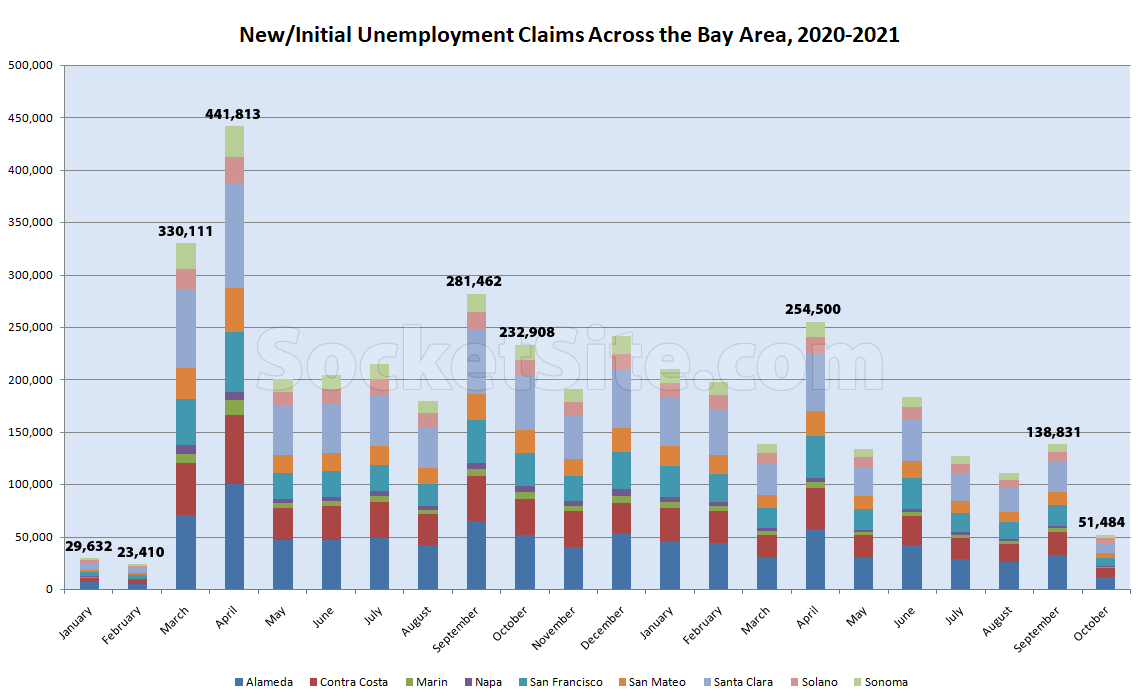 The number of new unemployment claims filed across the Bay Area dropped to 51,484 in October, which was down from 138,831 in September, the fewest new claims since the pandemic hit and down from an average of 125,372 new claims a month in the third quarter of this year.

That being said, the number of new unemployment claims filed across the Bay Area in October was still nearly twice as high as prior to the pandemic.

And in San Francisco proper, while “only” 7,593 residents filed a new/initial unemployment claim in October, versus a pandemic-era peak of over 57,000 in April of last year and an average of over 18,000 per month in the third quarter of 2021, that’s still over twice as many new claims that were being filed in the months leading up to the pandemic and there are still over 30,000 fewer employed people in San Francisco, and over 20,000 fewer people in the labor force, than there were in February of last year. 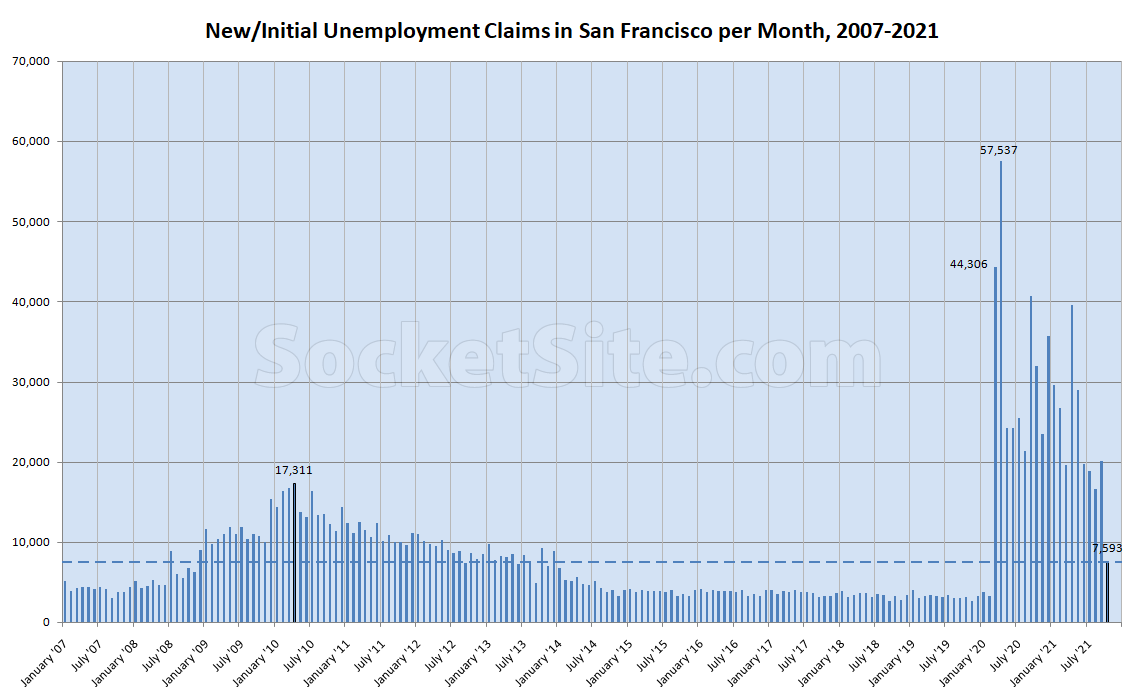