Plans for an 8-Story “Pod Hotel” on the Boards 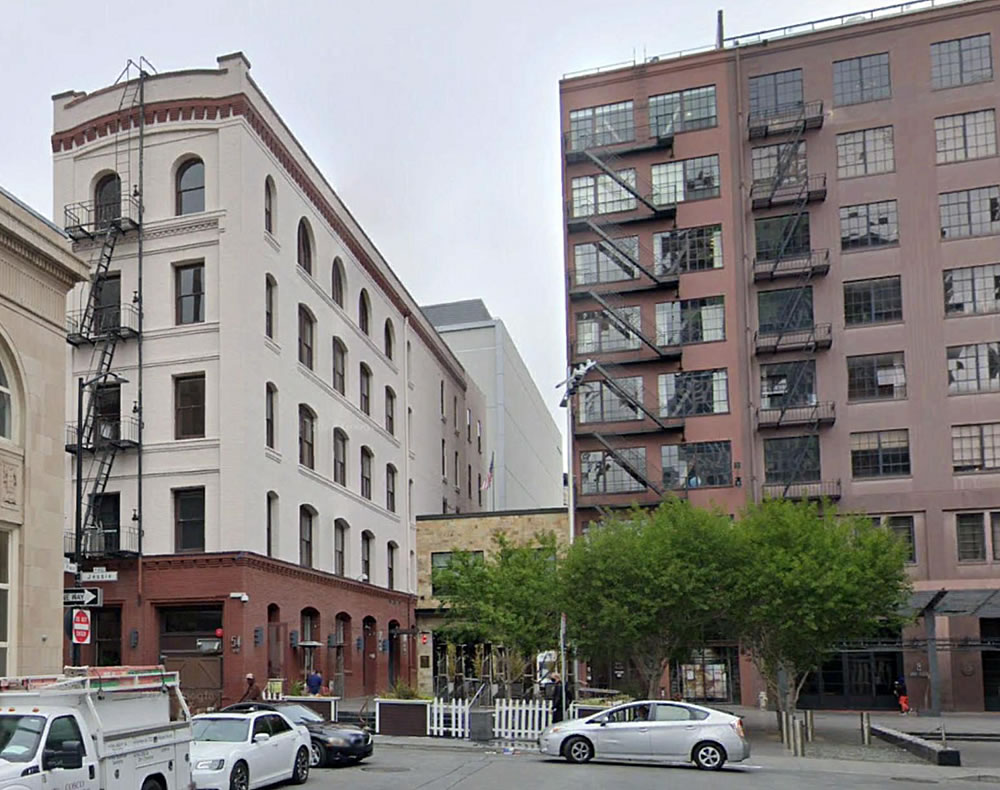 Plans to raze the 2-story San Francisco Fire Credit Union building at 12 Mint Plaza are in the works. And as envisioned by Prime Design for Elsey Partners, which is the Kansas-based team behind a couple of contentious micro-unit developments in the Mission, an eight-story, 160-bed “pod hotel” could rise up to 85 feet in height upon the Mid-Market site. 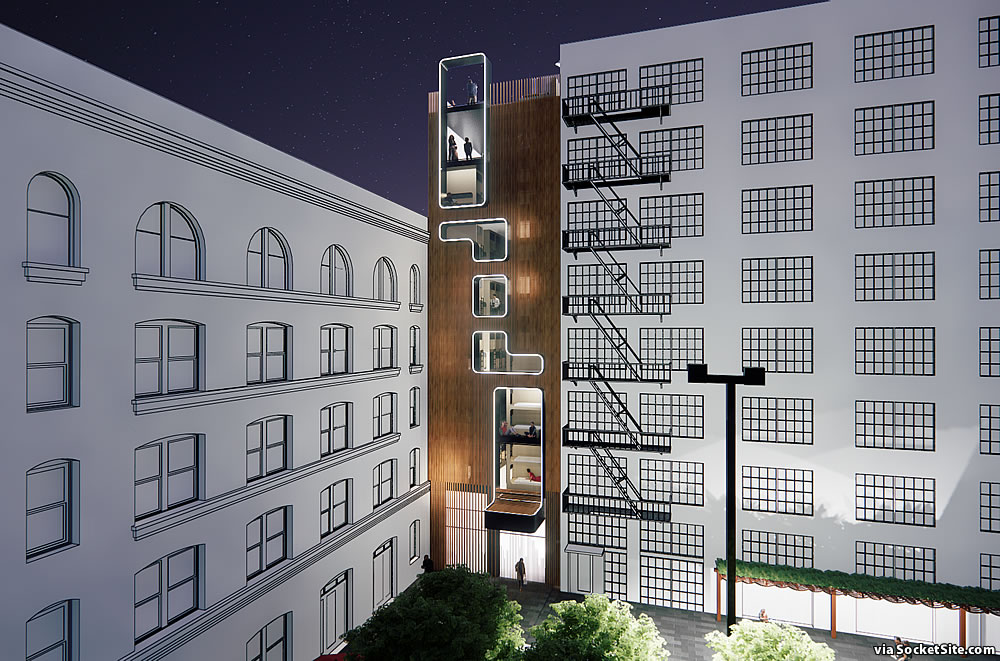 Inspired by the pod-style hotels first seen in Japan, but with a bit less privacy, each pod in the six 690-square-foot “sleeping rooms” would be outfitted with a blackout curtain, fold down desk, storage bin, charging ports, individual lighting and temperature control. 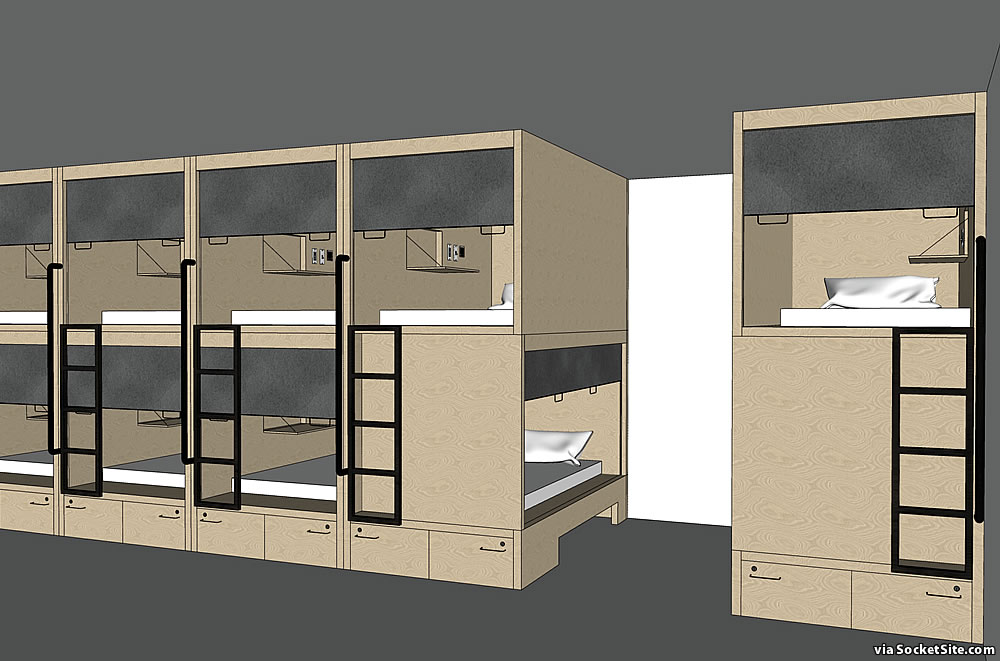 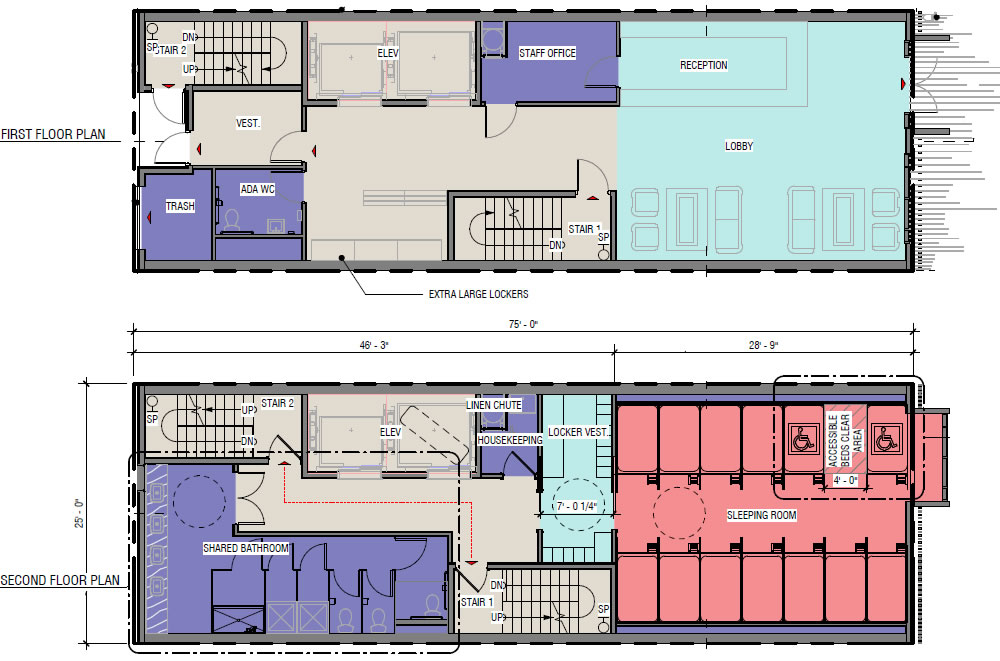 Shared bathrooms at the end of the six pod floors would be outfitted with three showers, three toilets and four open sinks, with a basement-level spa, an eight-floor bar/breakfast space and a 750-square-foot rooftop terrace for guests. 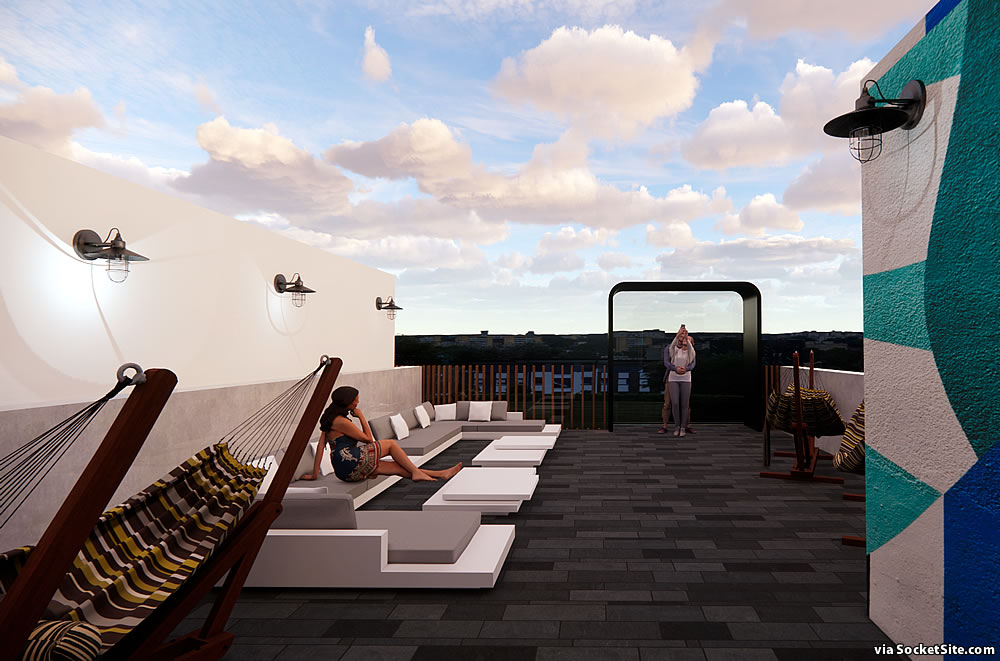 Joe's Cable Car Site and Approved Project Back in Play