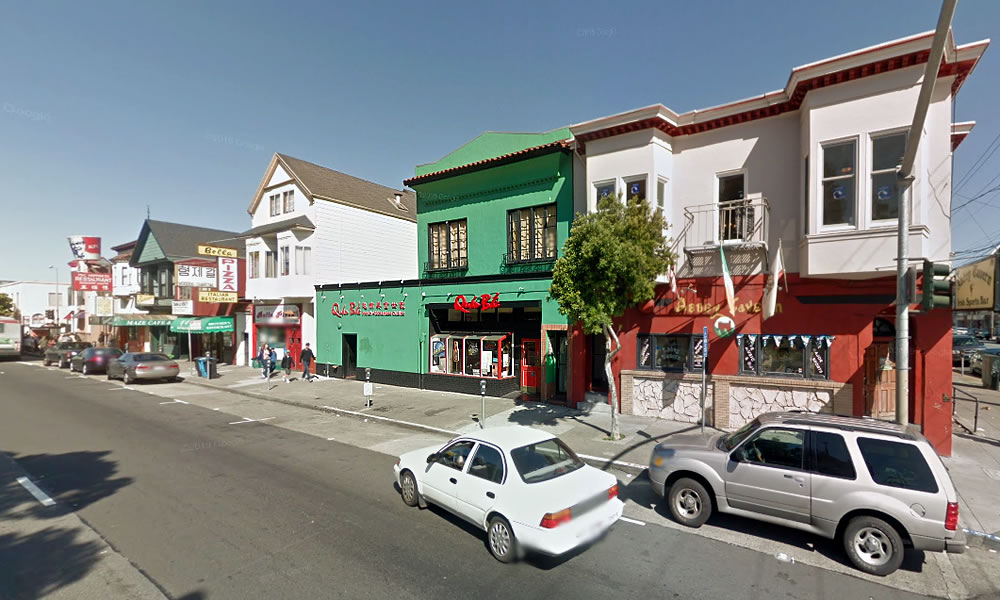 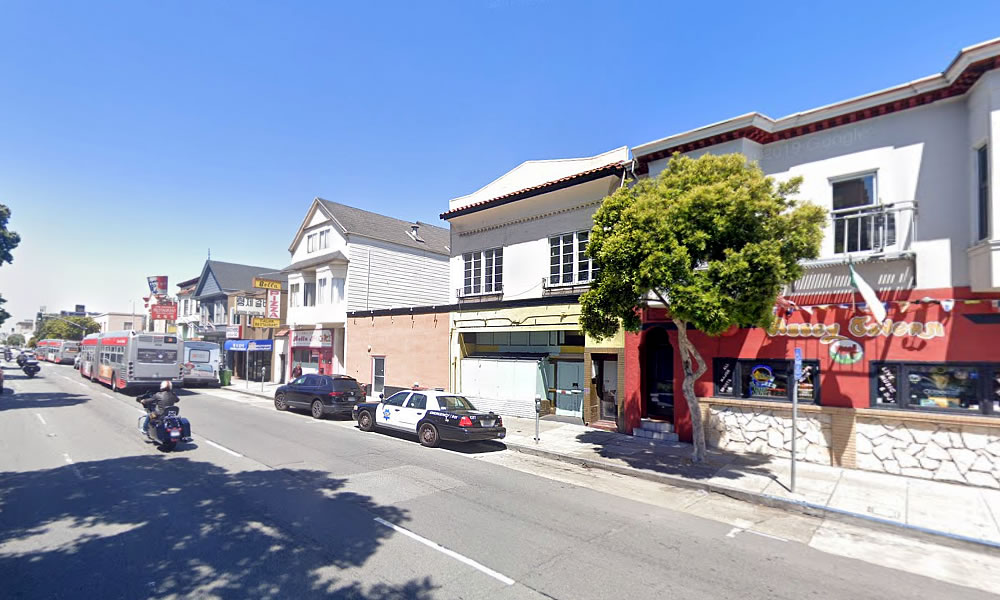 As we outlined early last year, plans to raze the shuttered Quan Bac building(s) at 4110-4116 Geary Boulevard, a perennially challenged restaurant and lounge space with a second floor residential unit, were in the works.

And as envisioned by architect Derrick Wu, a modern five-story building with 16 residential units over a brand new 3,600-square-foot commercial space would rise up to 55 feet in height upon the two Inner Richmond parcels, a site which is principally zoned for development up to 40 feet in height, leveraging San Francisco’s rebranded HOME-SF program for the building’s height and density as designed. 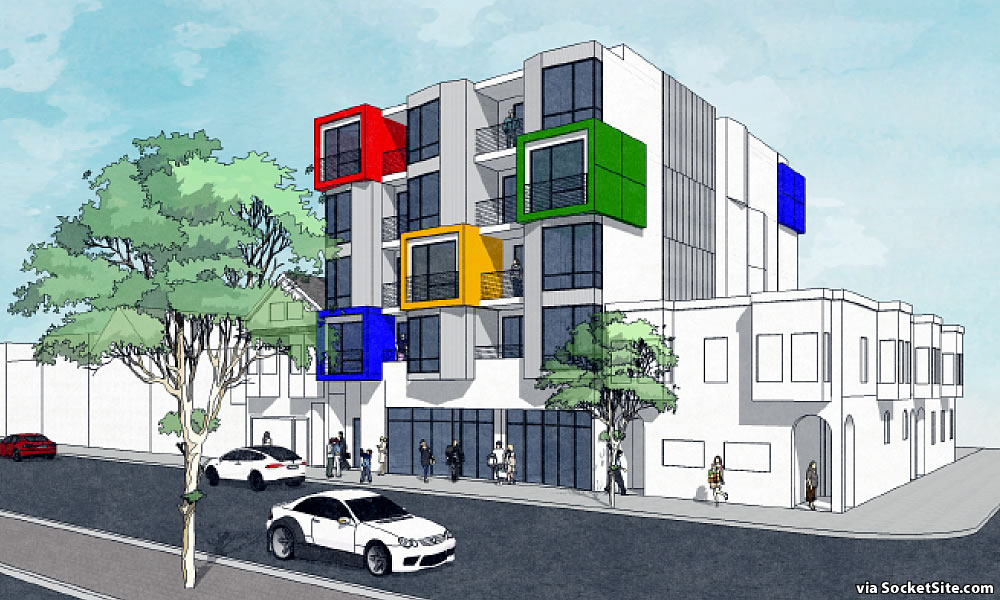 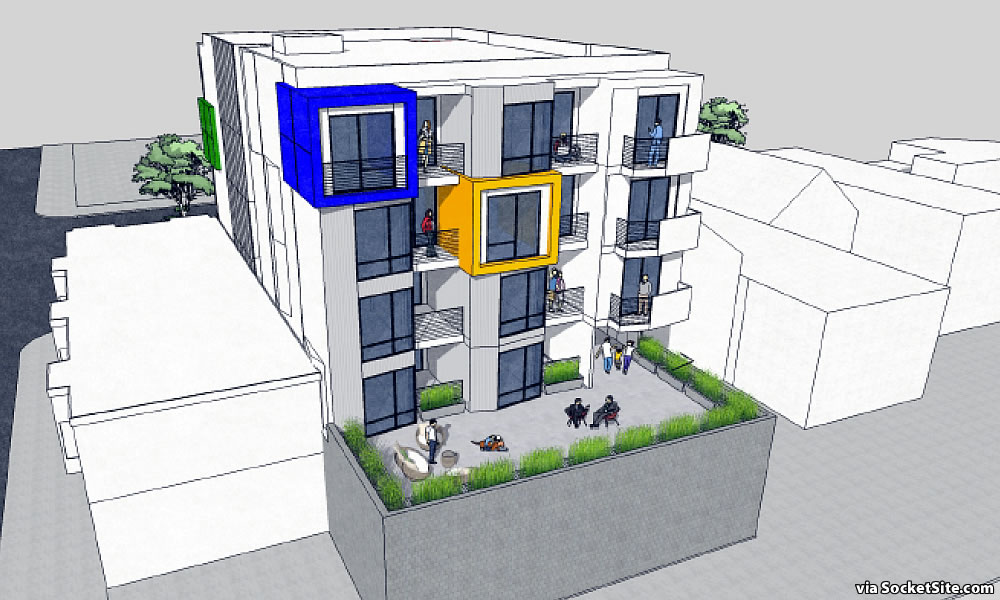 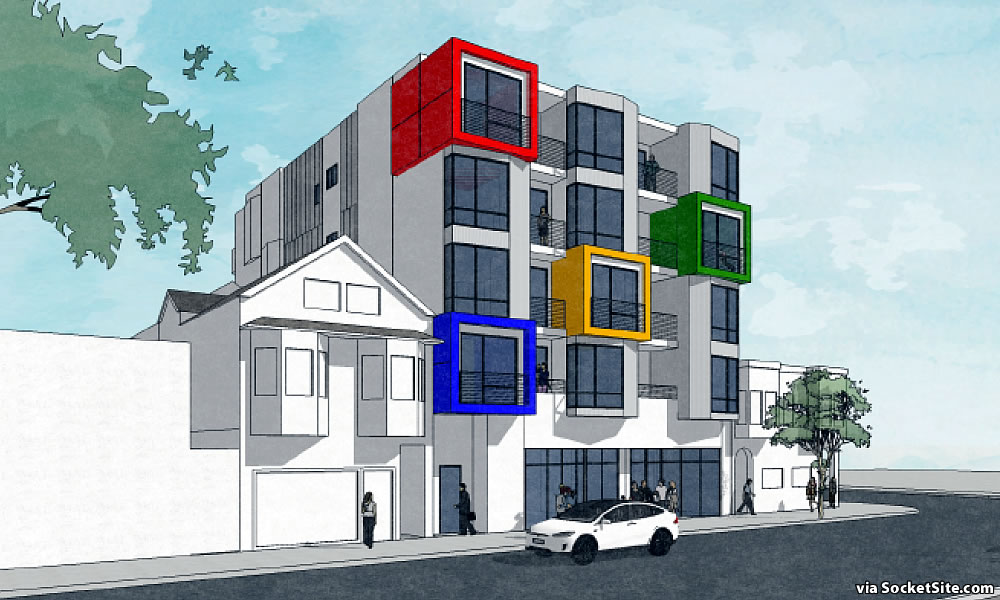 But in order to qualify for the additional height and density that San Francisco’s HOME-SF program would afford, a project must not “demolish, remove, or convert” any exiting residential units, which brings us back to our first sentence above (and the draft set of plans that were provided to Planning when the project was first proposed).

While an application to convert the second floor of the building at 4110 Geary from a residential to commercial use was approved back in 1988, there’s no record of the conversion ever being permitted or completed. And once again, the draft set of plans that were submitted to Planning last year indicated the existing space was…residential.

And while a revised set of plans have since been drawn for the project, indicating that the second floor of the building is actually “office use,” and a previous reference to a residential unit demolition in the project application has been removed, unless an approved permit for the conversion can be located, the Department of Building Inspection will be tasked with determining if the second floor was legally converted from residential to office use.

And if the DBI can’t verify that the conversion was legally permitted and completed, a Report of Residential Record (3R) will be issued stating the second floor of the building is still a dwelling unit, which would disqualify the project as proposed.