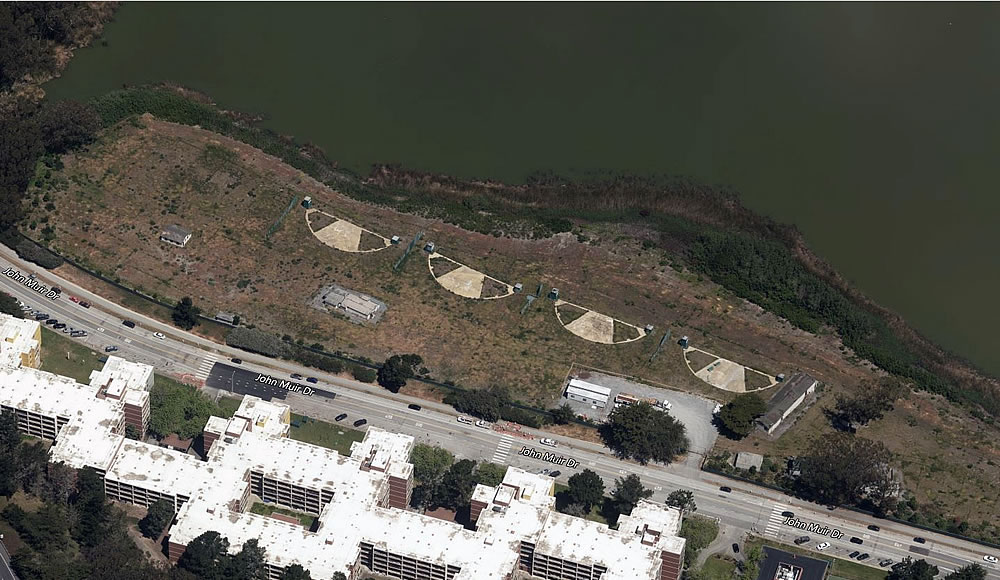 Constructed on the western shore of Lake Merced in 1934, the Pacific Rod and Gun Club was shuttered in 2015. And with the impact of eight decades of skeet, trap and rifle shooting on the 14-acre site having since been remediated and the soil restored, at a cost of over $20 million, San Francisco’s Recreation and Parks Department has drawn their plans for the site and an Impact Report for the proposed redevelopment is about to be drafted.

As envisioned, the new Lake Merced West recreation facility at 520 John Muir Drive would offer a wide array of activities to the public, with new picnic areas and lawns; a ropes course, skate park, multi-use courts, and playground; a new boathouse, dock and soft landing spot for paddleboarders and kayakers; and a new community building, patio and restaurant as well. 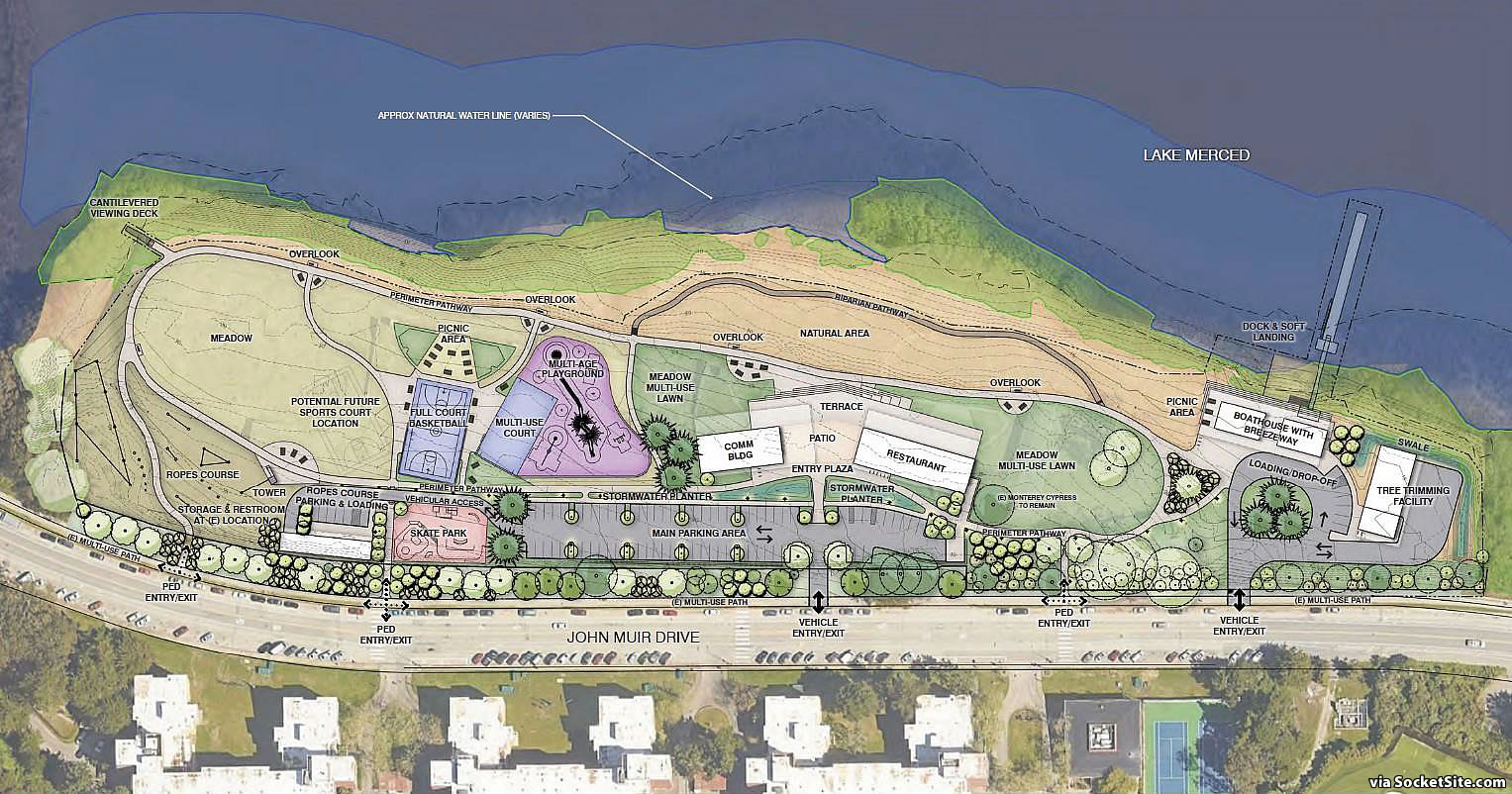 And in terms of timing, the City is aiming to have the Impact Report for the project approved and certified by mid next year (2022), which would then clear the way for building to commence.