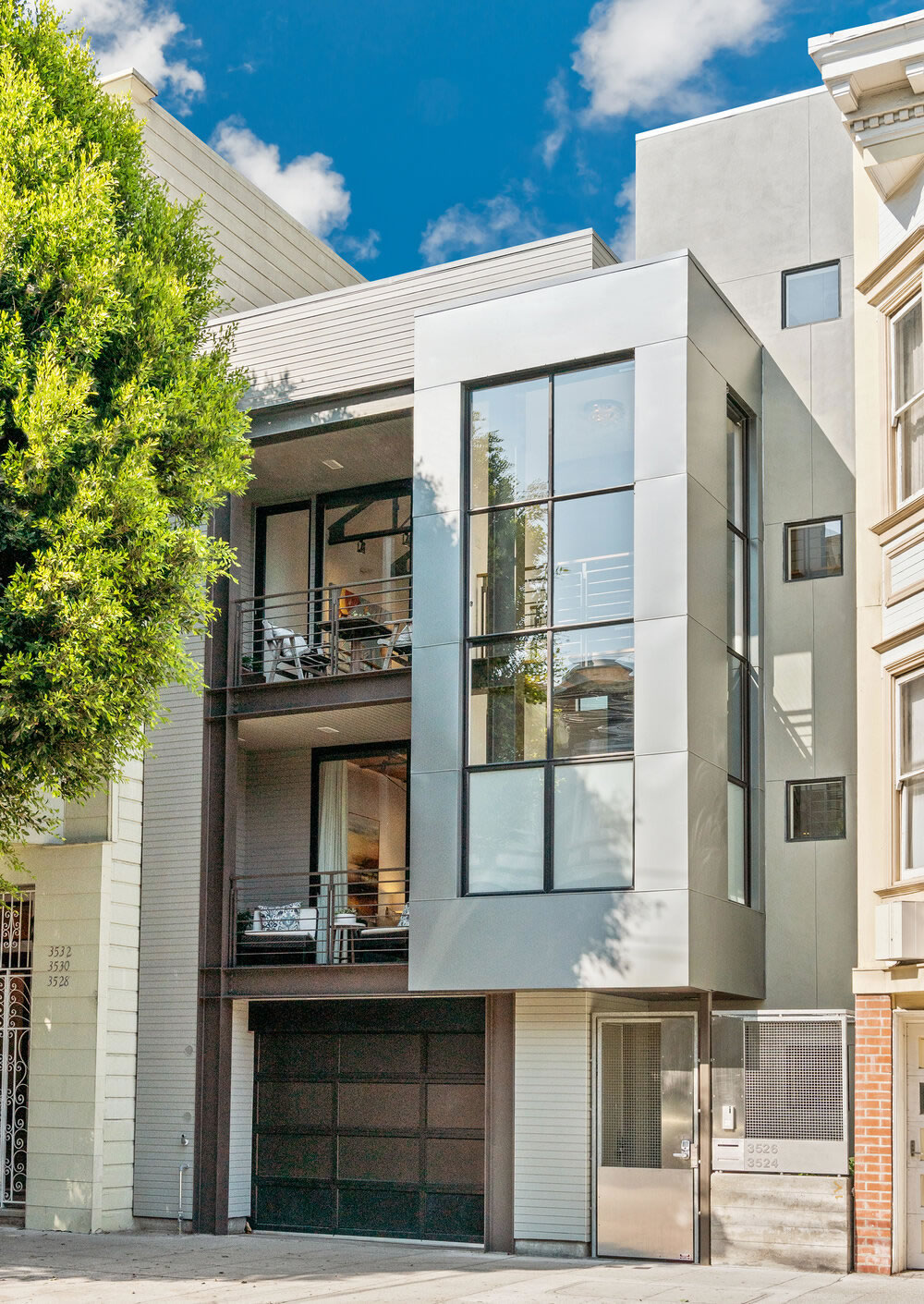 Designed by Zack | De Vito and custom built for a client on the site of a former Mission District warehouse conversion in 2002, the modern three-bedroom, 3,210-square-foot home with a legal au pair studio on its ground floor at 3524-3526 19th Street hit the market priced at $5.995 million last November having been listed for rent at $9,950 per month in 2017, prior to which it was being (illegally) offered as a short-term rental on Airbnb (for which penalties were assessed and eventually paid). 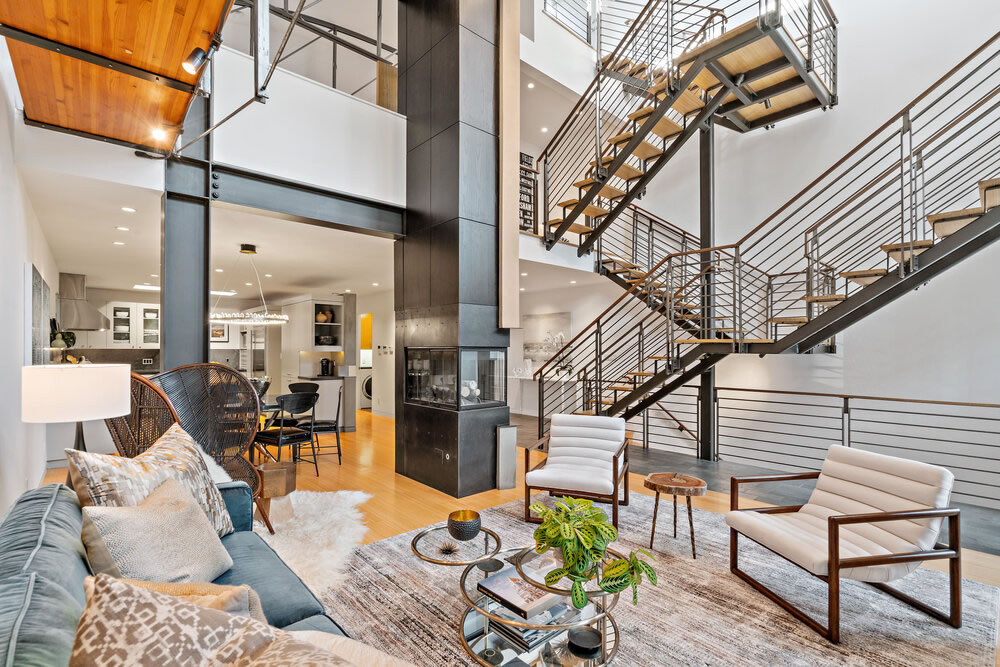 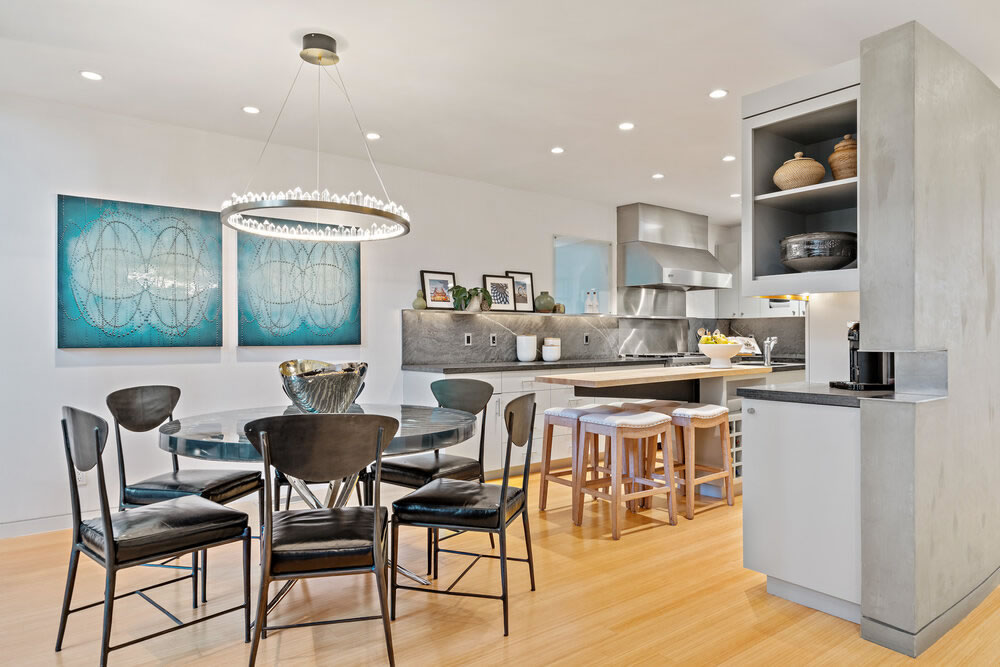 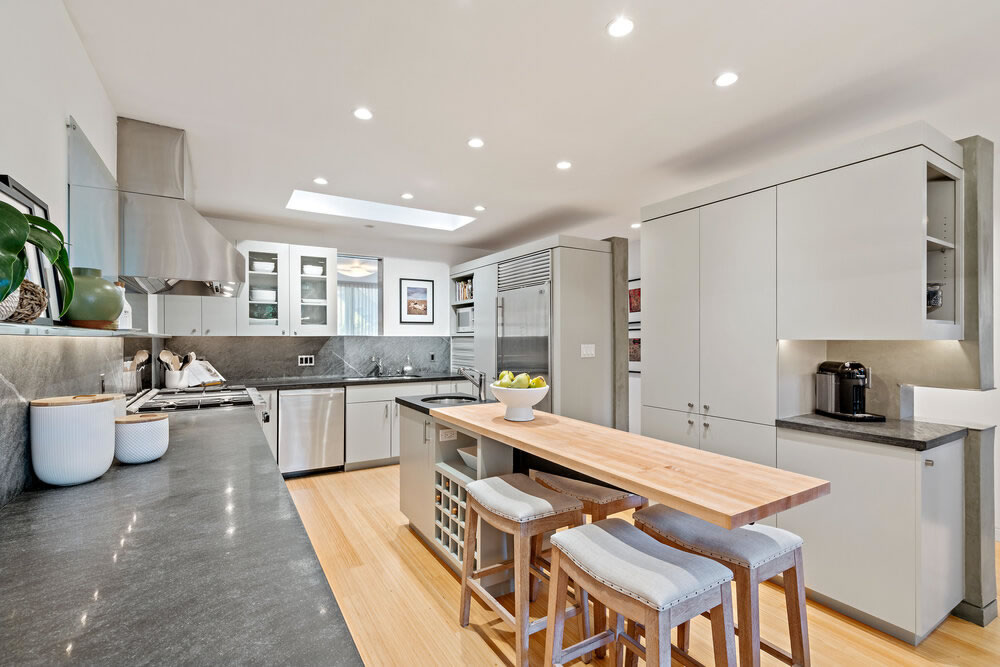 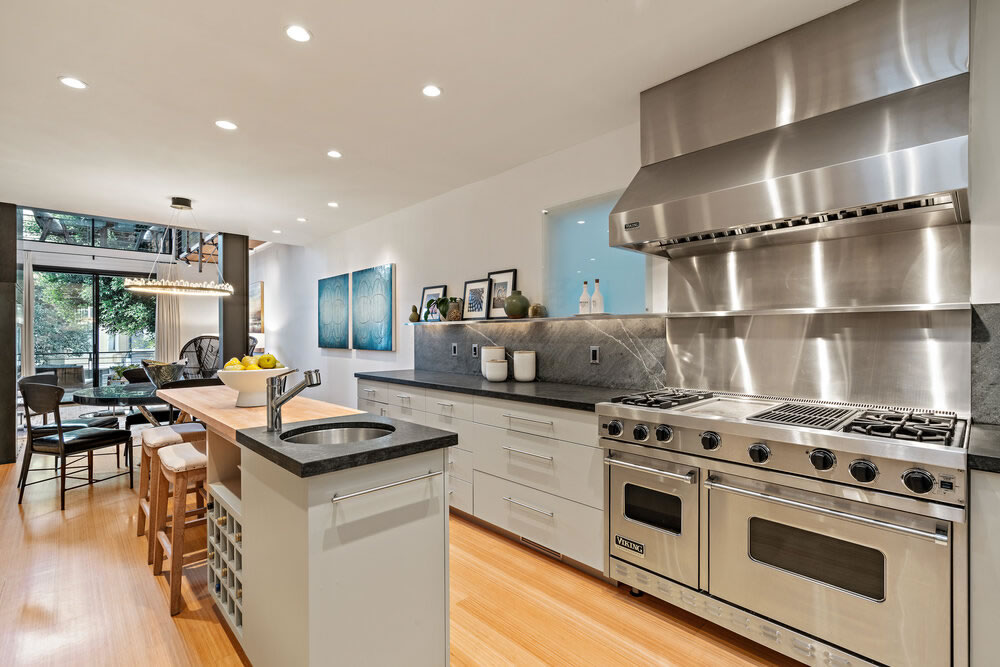 A dramatic “Piranesi-like” staircase bridges the open and light-filled interior of the “modernist architectural masterpiece,” leading up to multiple balconies, the master suite and a rooftop deck, with an exterior staircase leading down to the rear yard and studio below. 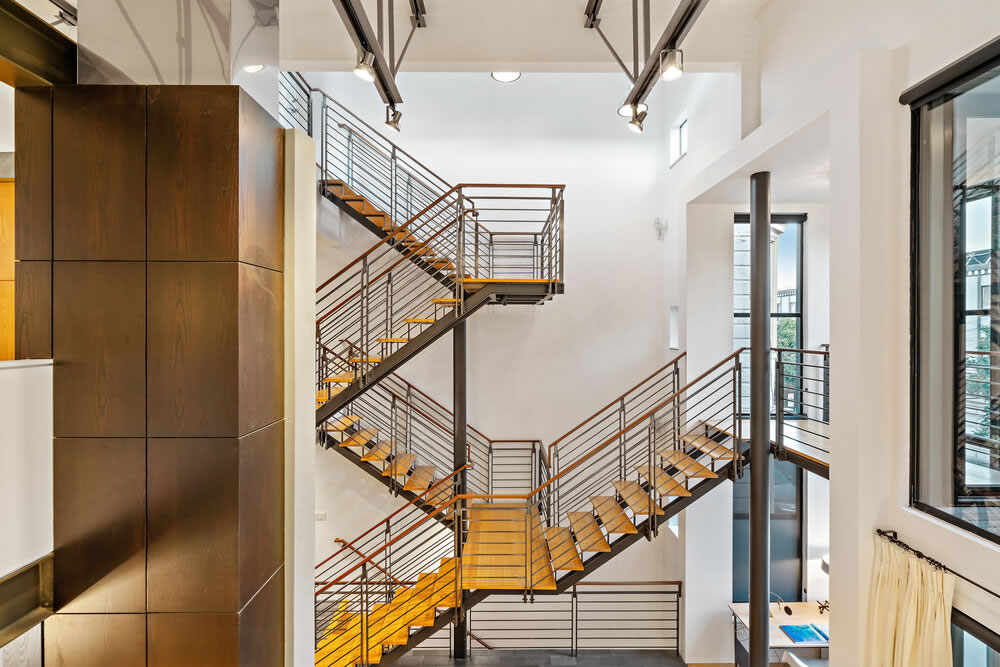 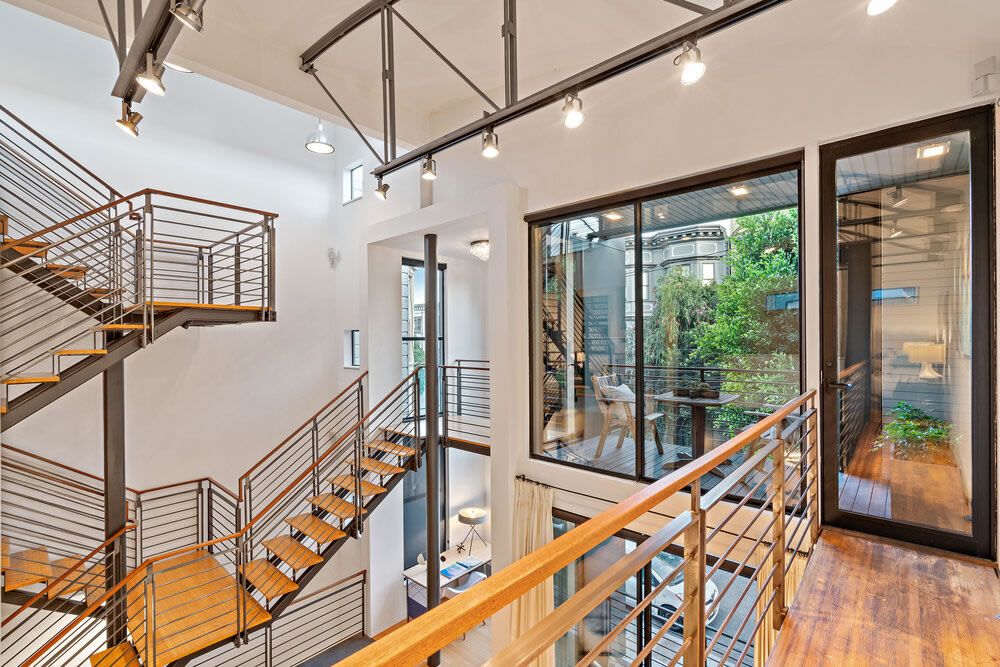 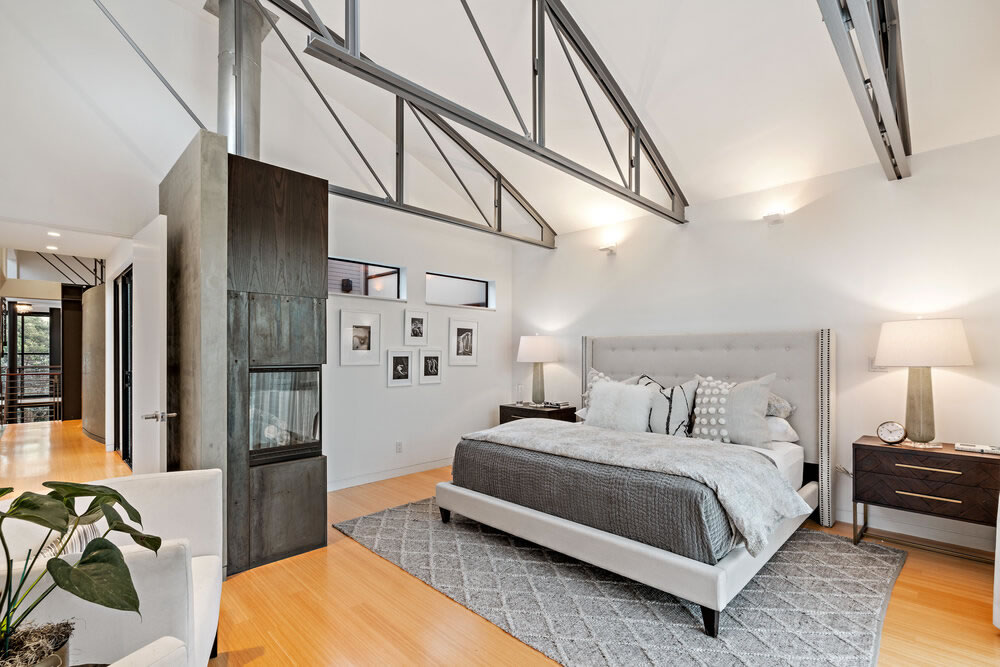 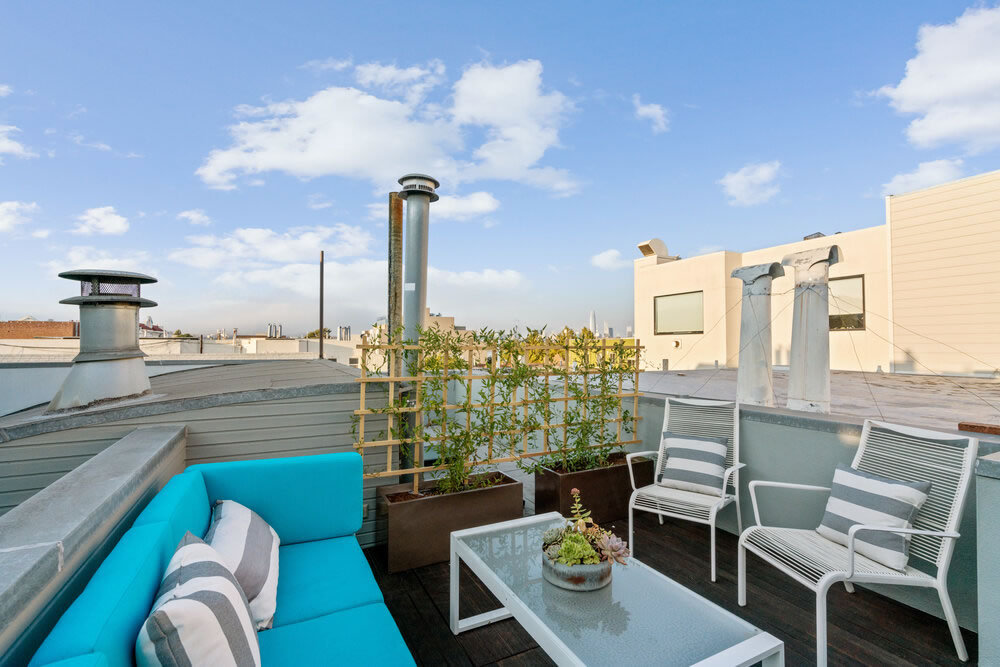 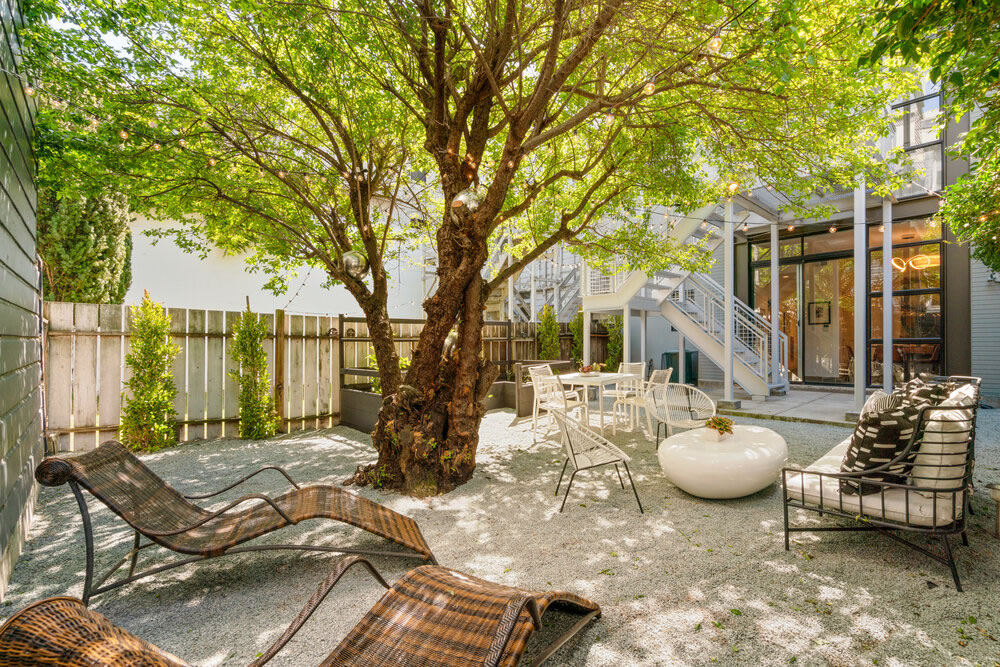 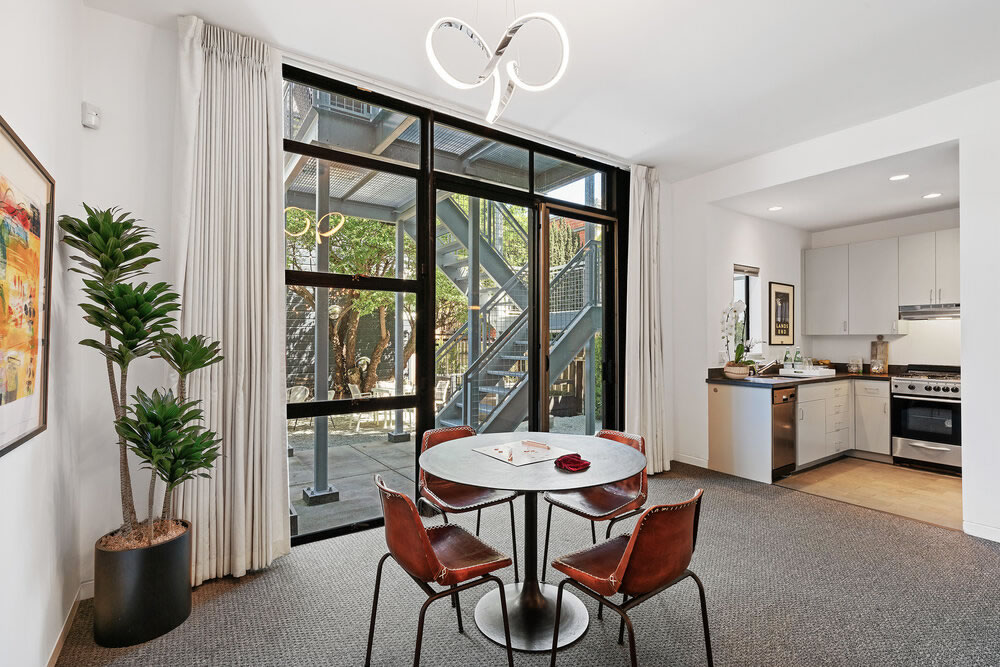 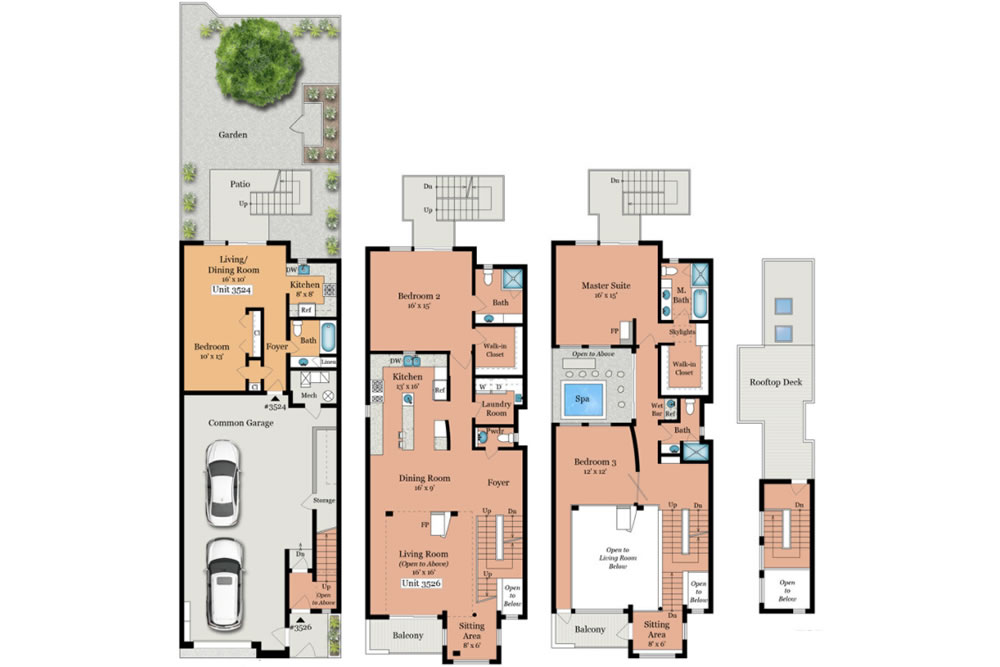