Western SoMa Infill Back on the Boards 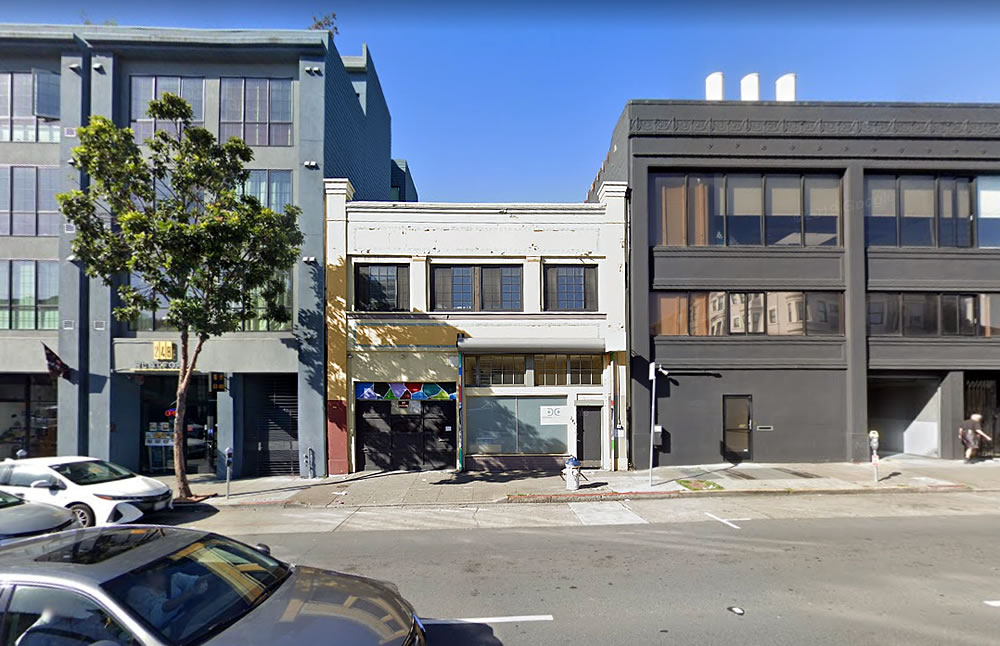 Purchased for $1.25 million in March of 2006, plans to raze the two-story industrial building at 244 9th Street and construct an 8-story residential building on the Western SoMa site have been drafted by SIA Consulting. 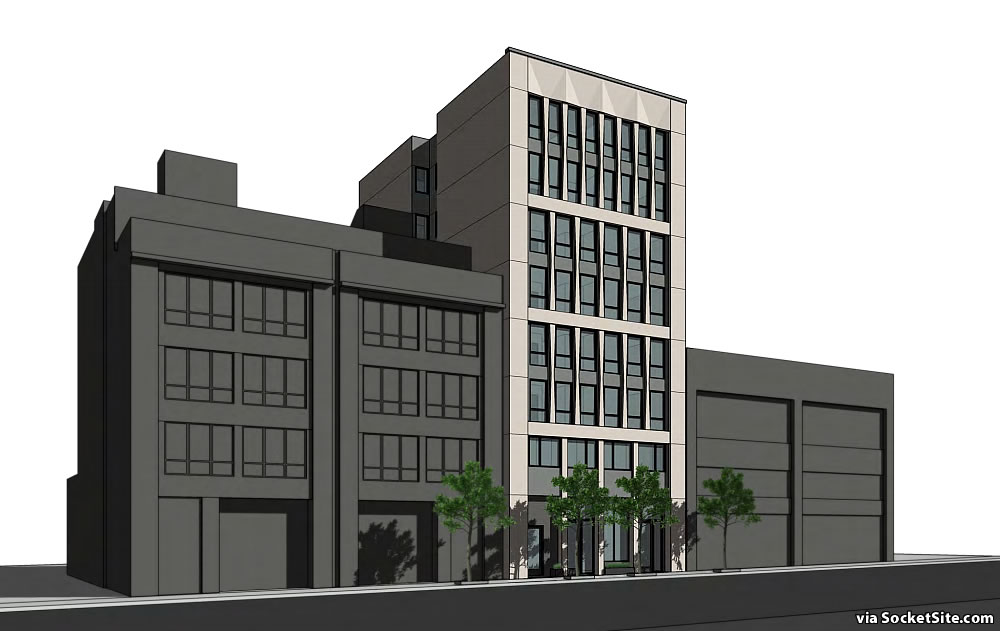 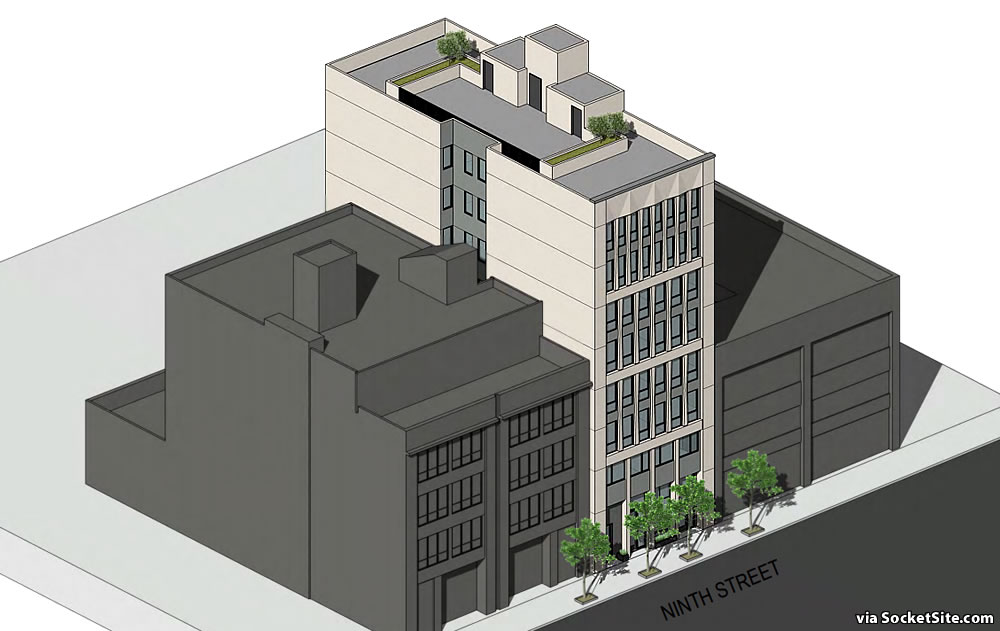 As envisioned, the 8-story building would yield 27 apartments, a mix of 13 studios, 13 two-bedrooms and one (1) three-bedroom, over 1,396 square feet of ground floor commercial space and secured parking for 27 bikes.  And while the parcel is currently only zoned for development up to 55 feet in height, the project team is planning to seek a State Density Bonus to entitle the 80-foot-tall building as proposed.

All that being said, keep in mind that plans for a 5-story building to rise on the site, with 19 Single-Room Occupancy (SRO) units and two commercial units, were drafted back in 2015 but never entitled, with the existing building on the site having since been identified as a Historic Resource for its contribution to the Western SoMa Light Industrial and Residential Historic District.