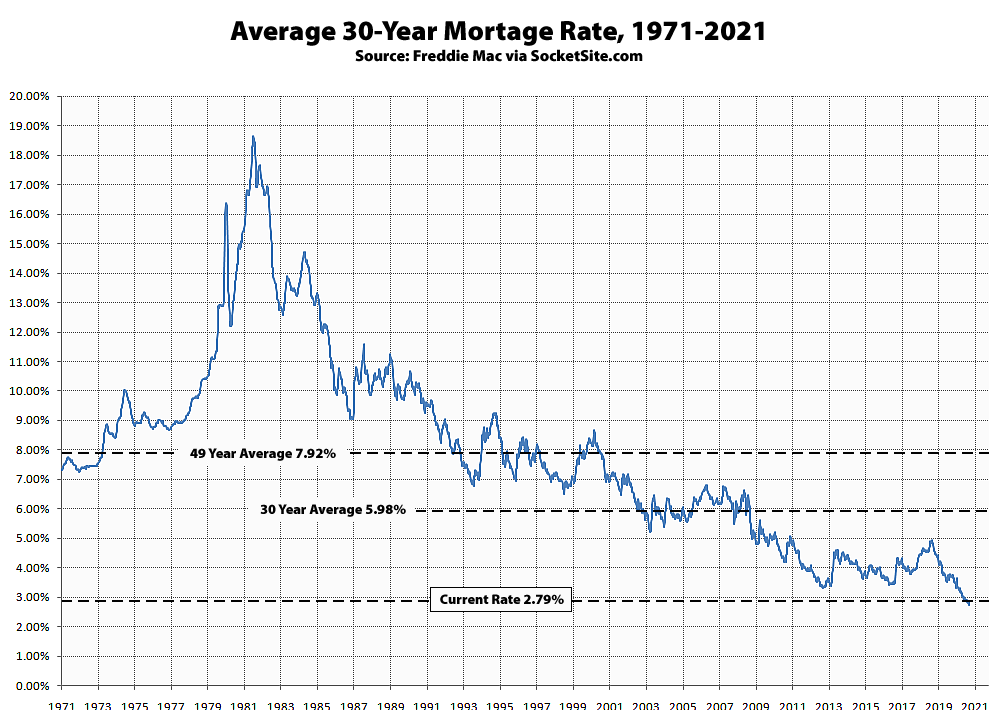 Having dropped to a new all-time low last week, the average rate for a benchmark 30-year mortgage has since ticked up 14 basis points (0.14 percentage points) to 2.79 percent but remains 86 basis points, or nearly 24 percent, below its mark at the same time last year and less than half its 30 year average. 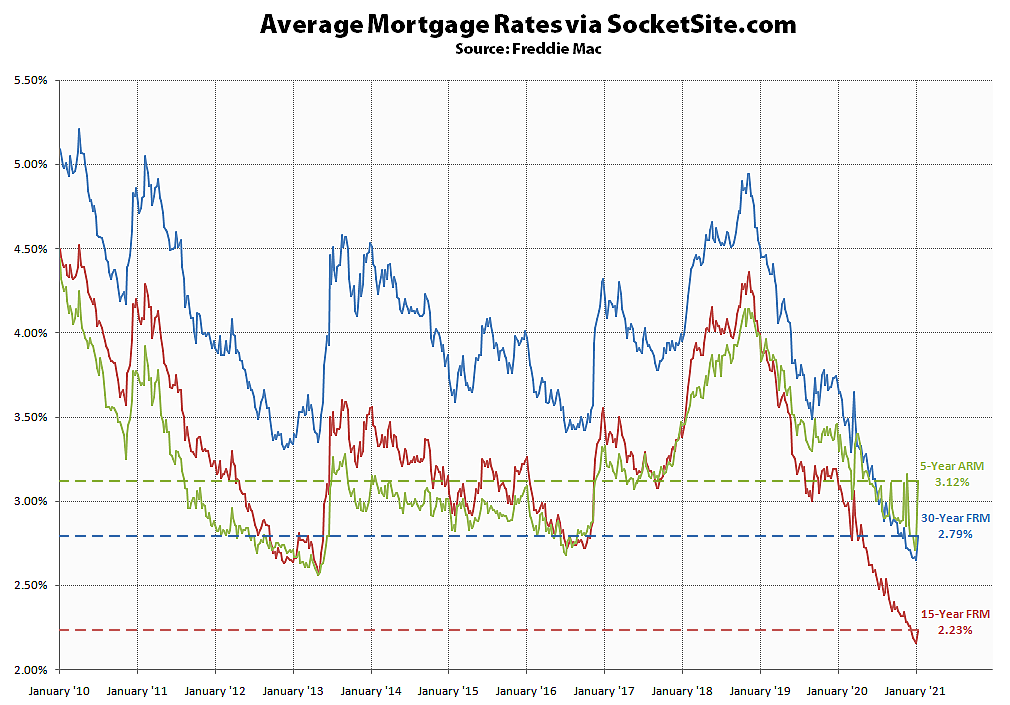