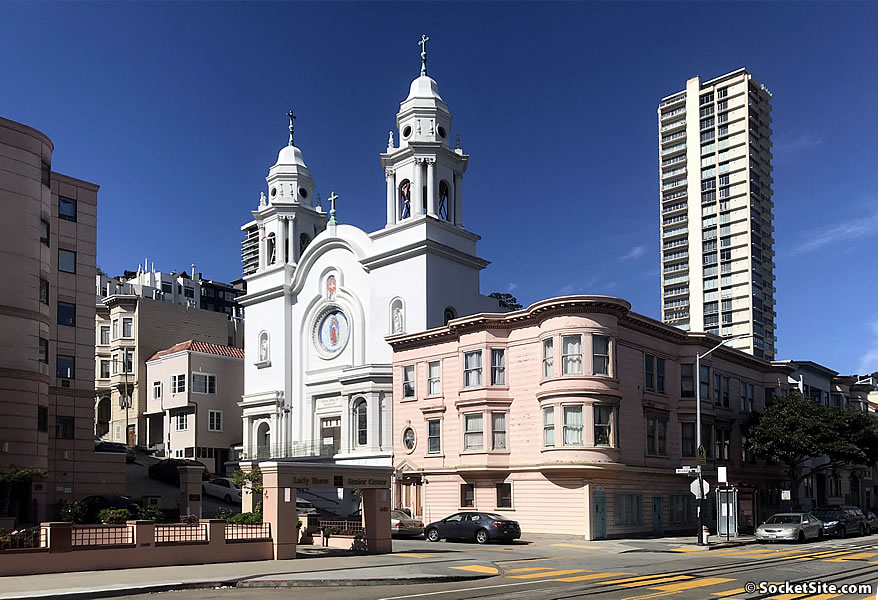 And the church, which is zoned for residential use, is now back on the market with a $7.5 million price tag, a price tag which doesn’t include the residential [rectory] building at 908 Broadway which is also on the market and is being offered together or separately with an additional $5.5 million ask.

And noting that “the Church was booked solid, prior to COVID,” and that the adjacent Rectory building, which was recently remodeling and converted into a co-living space, “is operating and as popular as ever,” new marketing materials for the buildings have been drafted and the list price of the two building portfolio has just been reduced to $7 million, combined.