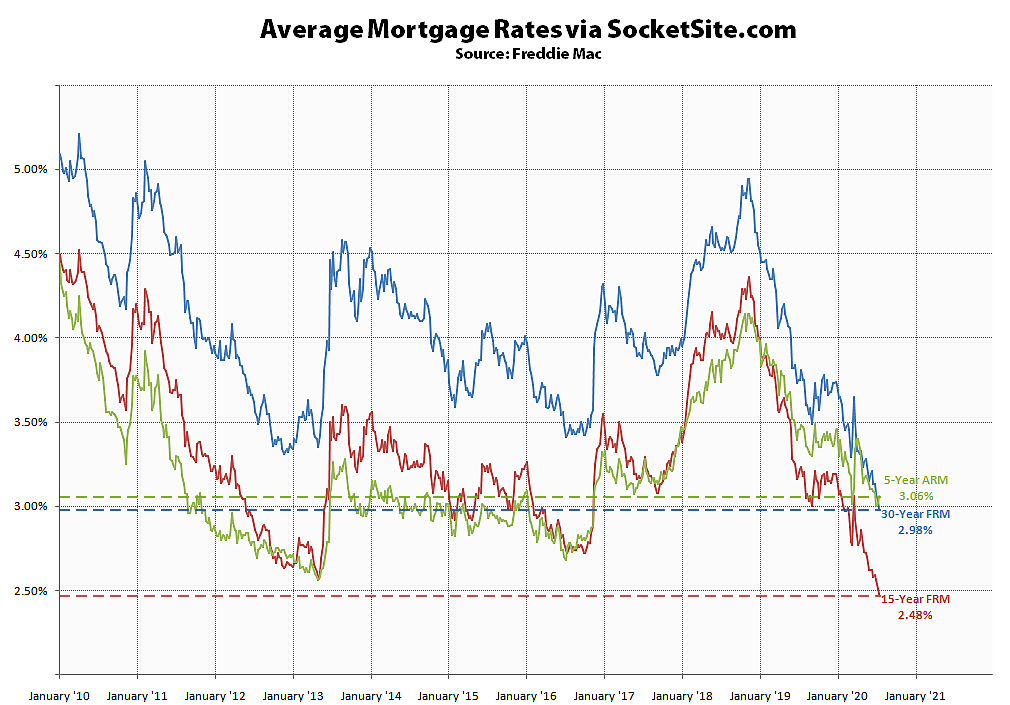 Having inched down another 5 basis points (0.05 percentage points) over the past week, the average rate for a benchmark 30-year mortgage now measures an unprecedented 2.98 percent, which is not only 83 basis points below its historically low mark at the same time last year but the first time the benchmark rate has averaged under 3 percent, according to Freddie Mac’s latest Mortgage Market Survey data (and which shouldn’t have caught any plugged-in readers by surprise). 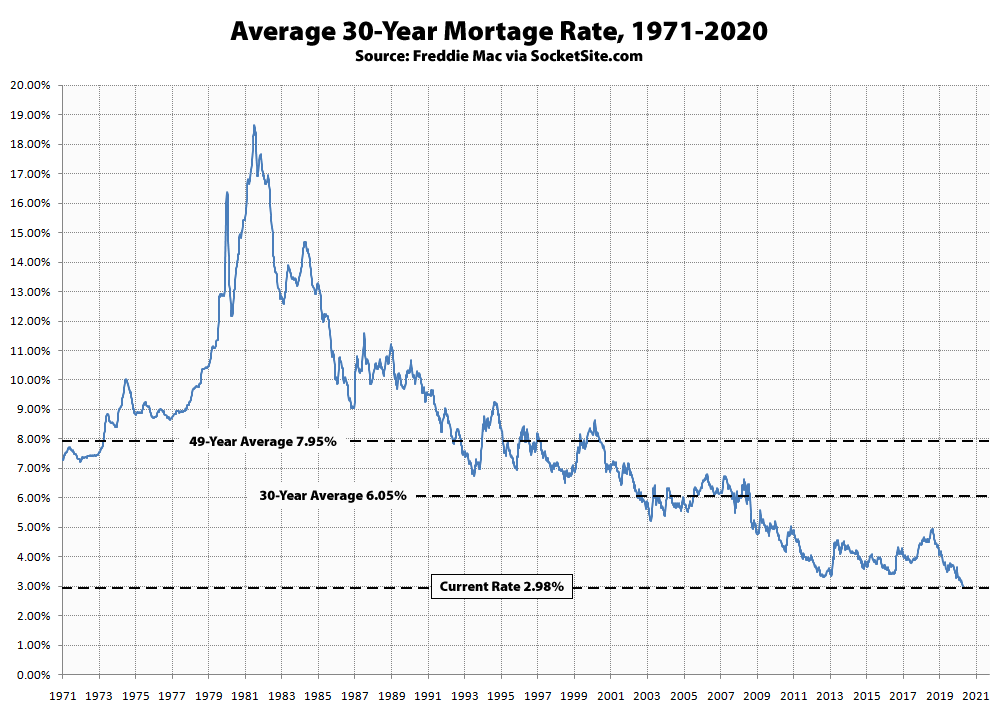 And while refinancing activity ticked up 12 percent over the past week and is running 107 percent higher versus the same time last year, purchase activity across the U.S. actually dropped 6 percent on a seasonally adjusted basis last week and is now only up 16 percent on a year-over-year basis, according to the Mortgage Bankers Association.