Benchmark Mortgage Rate Inches Up, No Hikes on the Horizon 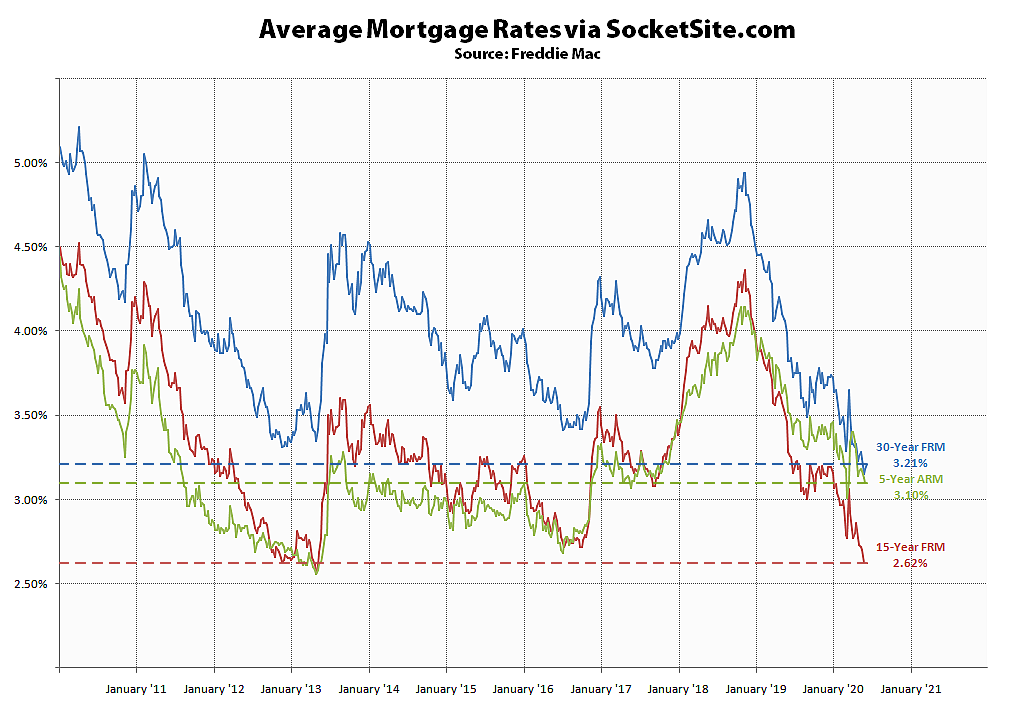 Having dropped to an all-time low of 3.15 percent two weeks ago, the average rate for a benchmark 30-year mortgage has since inched up 6 basis points (0.06 percentage points) to 3.21 percent but remains 61 basis points below its mark at the same time last year and nearly 50 percent below its long-term average, according to Freddie Mac’s latest Mortgage Market Survey data.

While applications to refinance, which are currently up 80 percent versus the same time last year, continue to represent the majority of mortgage broker activity across the U.S. (and in San Francisco), purchase loan activity increased 15 percent over the past week and is now running 13 percent higher on a year-over-year basis, according to the Mortgage Bankers Association.