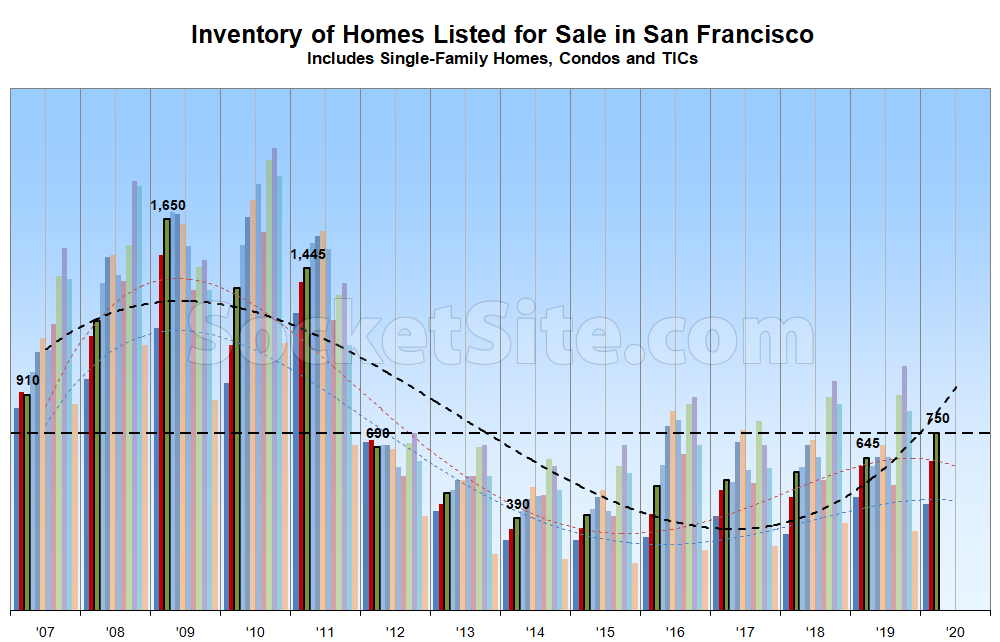 Continuing to follow a trend which shouldn’t catch any plugged-in readers by surprise, the number of homes on the market in San Francisco has jumped 50 percent since the Super Bowl to 750.  And in fact, inventory levels are now running 17 percent higher than at the same time last year and just hit a 9-year seasonal high.

And the percentage of listings which have undergone at least one official price reduction – which doesn’t include any of the homes which were withdrawn from the market at the end of last year and have recently been relisted with a reduced asking price and a reset ‘days on the market’ count – has ticked up to 19 percent, which is 5 percentage points, not simply percent, higher than at the same time last year.

The Fed Just Dropped Rates to Near-Zero, And...