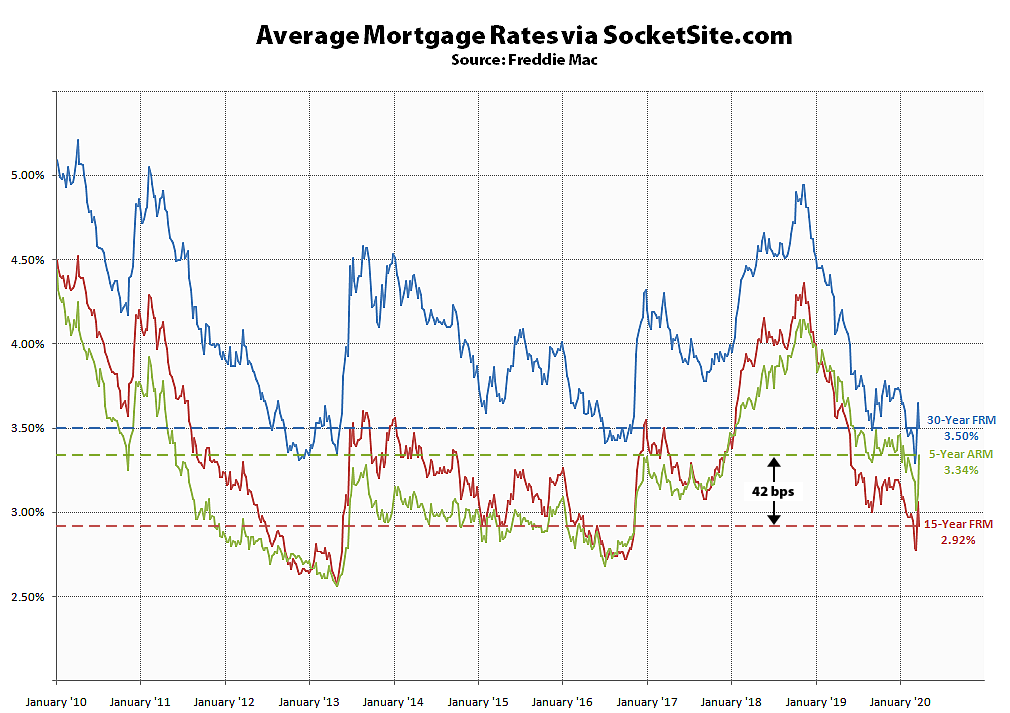 Having spiked last week, the average rate for a benchmark 30-year mortgage has since shed 15 basis points for an average rate of 3.50 percent, which is 56 basis points (0.56 percent) below its mark at the same time last year, according to Freddie Mac’s latest Mortgage Market Survey data, driven by the Fed having further ramped up its efforts to stabilize and inject more liquidity into the mortgage and credit markets.

As such, the “inverted spread” between 5-year and 15-year rates has jumped from 5 to 42 basis points, which is the largest inverted spread since the second week of February, 2009.

Price Reductions, and Increases, on the Rise in San Francisco