Index for Bay Area Home Values Ended 2019 Up (And Down) 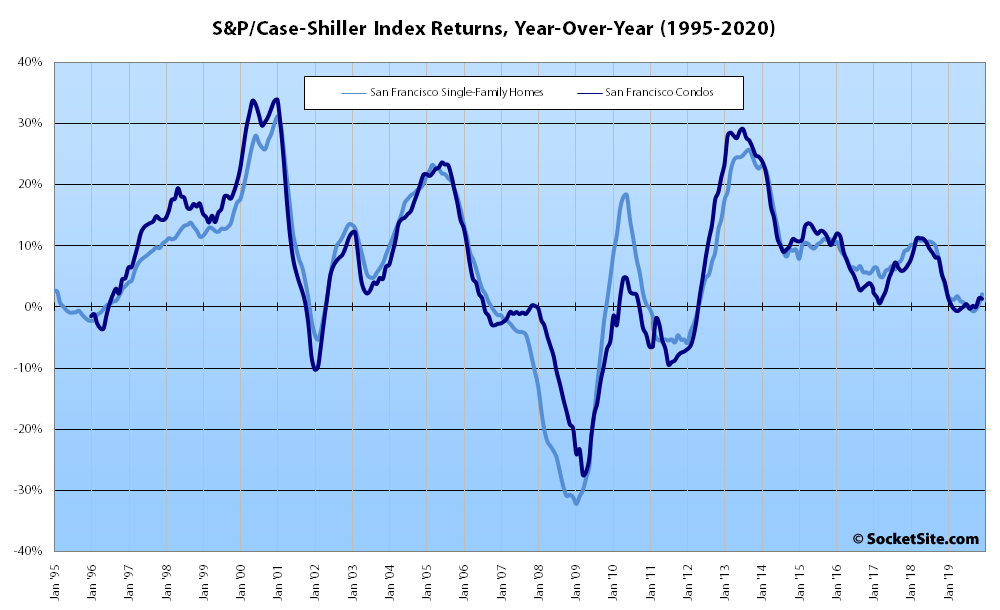 Having eked out a 0.2 percent gain last November, the S&P CoreLogic Case-Shiller Index for single-family home values within the San Francisco Metropolitan Area – which includes the East Bay, North Bay and Peninsula – was unchanged in December, ending the year up 2.1 percent on a year-over-year basis but 1.3 percent below peak. 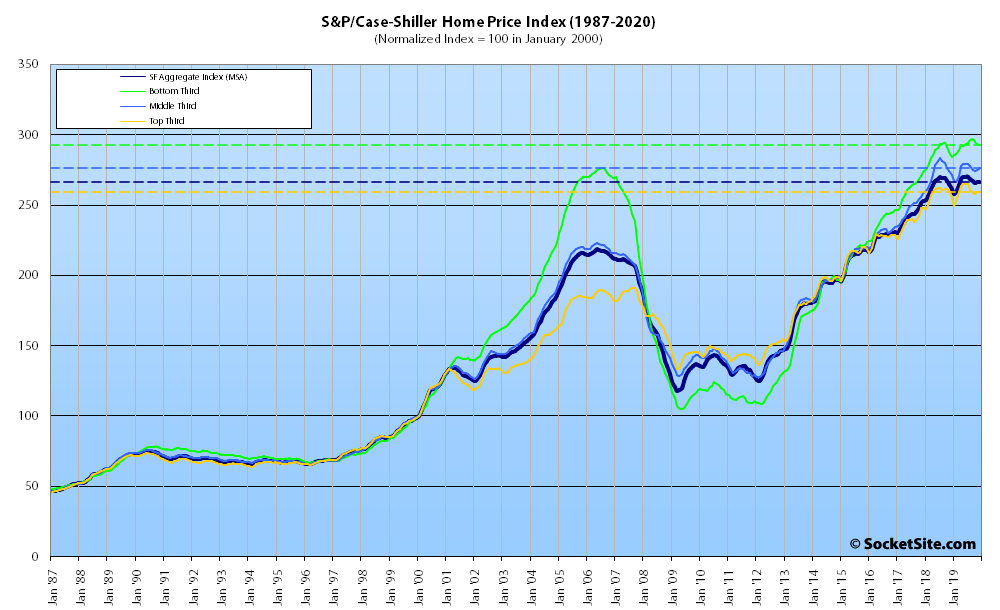 At the same time, the index for Bay Area condo values, which peaked last July, dropped 1.0 percent in December and is down 3.0 percent since mid-2018 but managed to end the year with a year-over-year gain of 1.3 percent. 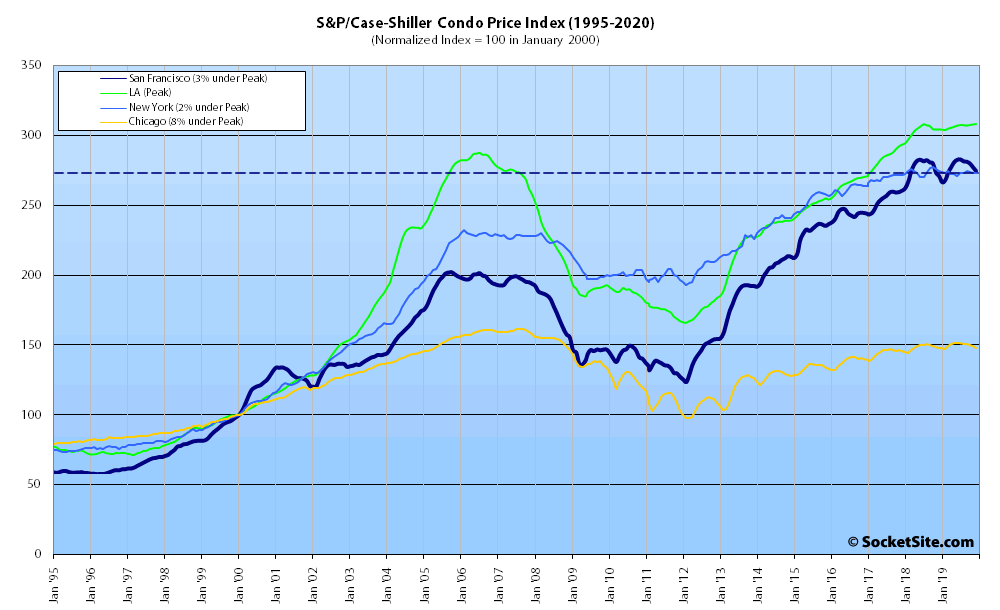 Nationally, Phoenix is still leading the way in terms of home price gains, up 6.5 percent on a year-over-year basis, followed by Charlotte (up 5.3 percent) and Tampa (up 5.2 percent).

And of the top-20 metro areas tracked by the index, San Francisco ranked third to last in terms of year-over-year gains at 2.1 percent, ahead of only New York and Chicago, both of which ended the year up 1.0 percent, and versus an average gain of 3.8 percent nationwide.

Pace of New Home Sales in the U.S. Is Trending Up