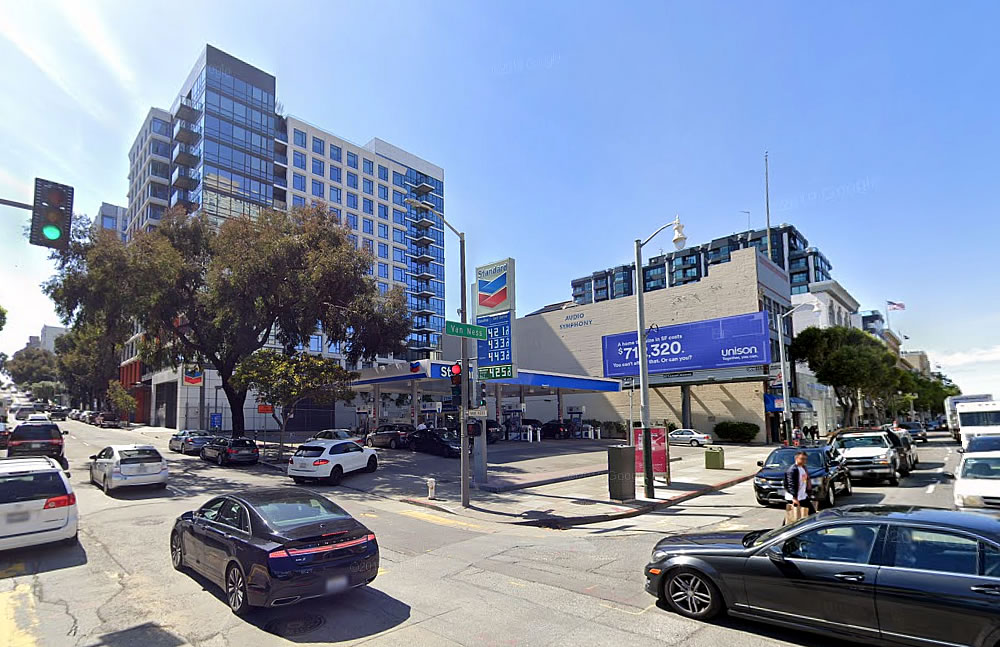 Plans to raze the Standard station’s 200-square-foot kiosk on the northwest corner of Van Ness and Pine and remove the four underground storage tanks on the site, which is zoned for development up to 130 feet in height, are in the works.

But don’t get too excited, unless you’re a fan of the existing station. For as envisioned, three new underground storage tanks will then be installed and a new, larger 727-square-foot sales kiosk will be constructed on the site under a modified canopy and fueling dispensers, which will continue to be operated by Chevron, which owns the 14,000-square-foot corner parcel, under their Standard brand.