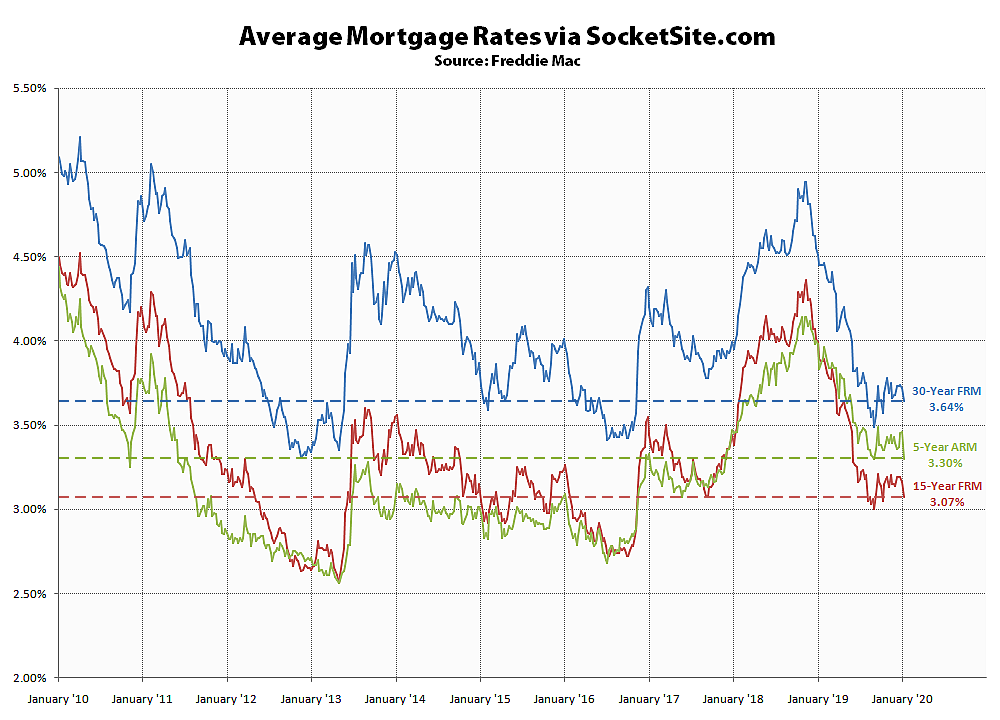 Having started the year down, the average rate for a 30-year mortgage dropped another 8 basis points over the past week to 3.64 percent, which is now 81 basis points (0.81 percentage points) below its mark at the same time last year, a 13-week low and within 24 basis points of a three/six-year low, according to Freddie Mac’s latest Mortgage Market Survey data.

And with the Fed having signaled its intention to leave the federal funds rate unchanged over the next year, and then to start raising the rate in 2021, the probability of another rate cut in 2020 has been holding at around 50 percent while the probability of a rate hike has inched up to around 4 percent according to an analysis of the futures market.

Plans for a Palace-Adjacent Home Hit a Historic Snag