Bonus Development on the Edge of the Mission Closer to Reality 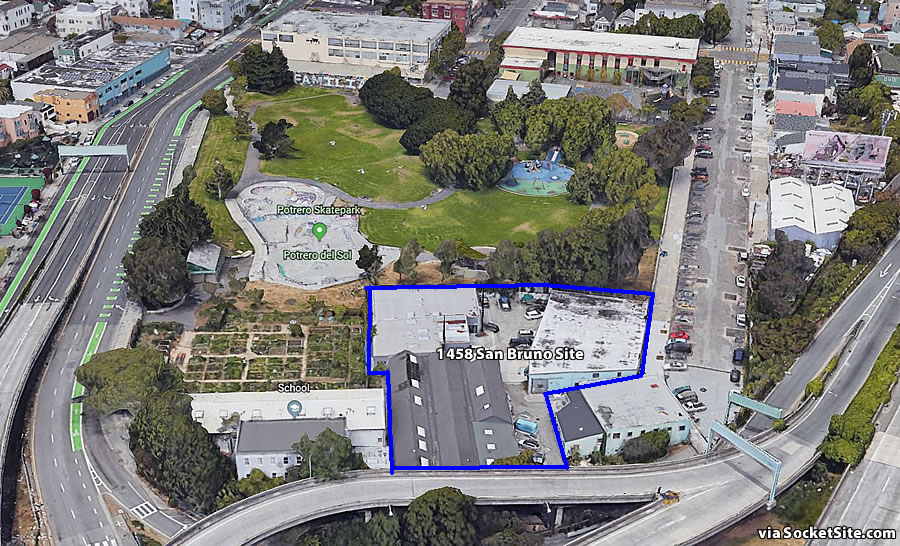 In a move which shouldn’t catch any plugged-in readers by surprise, plans for 7-story development to rise upon the 1458 San Bruno Avenue parcel, adjacent to Potrero del Sol Park and the Meadows Livingstone School, on the southeastern edge of the Mission, have been drafted.

As envisioned, the three industrial buildings on the site, tenants of which currently include the Tiny Telephone recording studio and Parachute Creative, would be razed to make way for the new development.

And while the site is currently only zoned for development up to 40 feet in height, the project team is planning to claim a State Density Bonus in order to build up to 70 feet in height and yield 205 units of housing (a mix of 122 studios and 83 two-bedrooms), with 23 of the units to be offered at below market rates (BMR) and no off-street parking for any cars.

And as newly rendered by Gould Evans below, the formal application to approve and move forward with the six-story (plus basement) development has officially been submitted to Planning, with a refined design which would yield 201 units (a mix of 120 studios, 80 one-bedrooms and one three) averaging 557 square feet apiece, typical big building amenities and a storage room for 126 bikes but otherwise no parking. 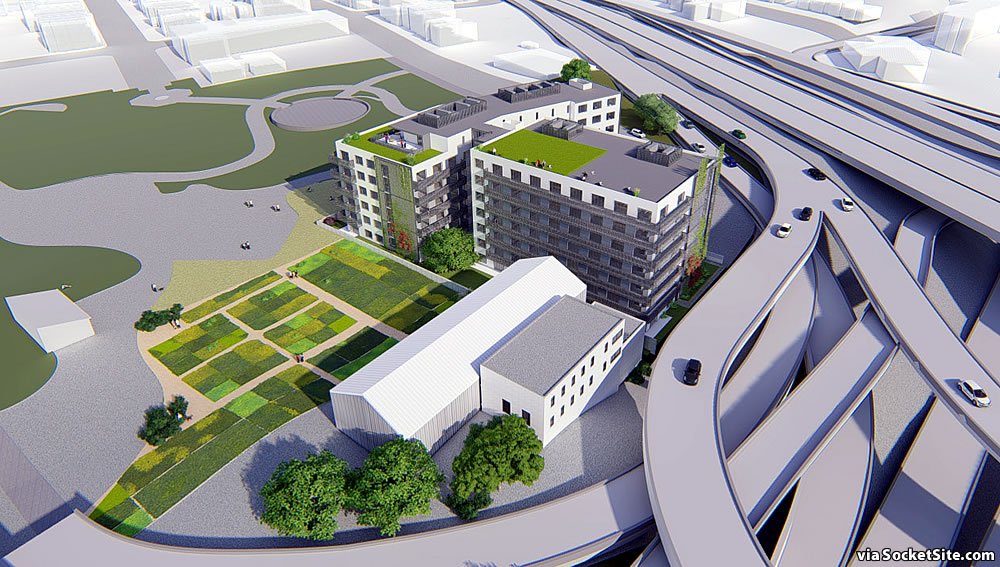 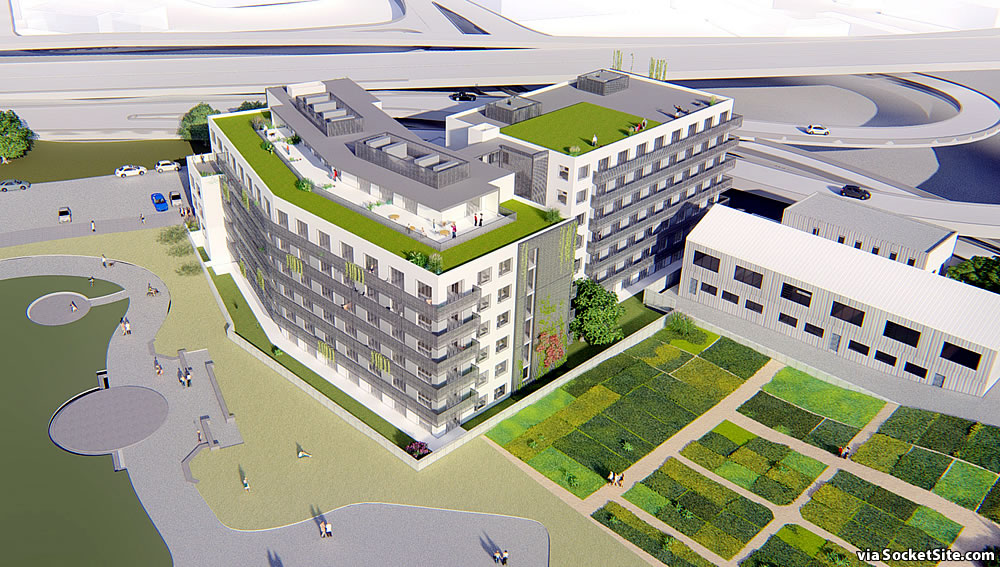 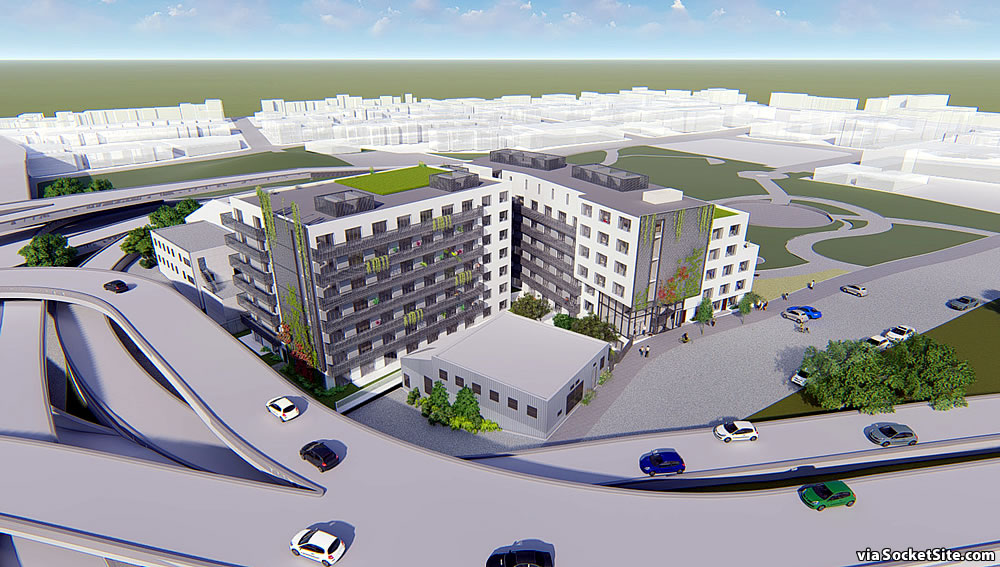