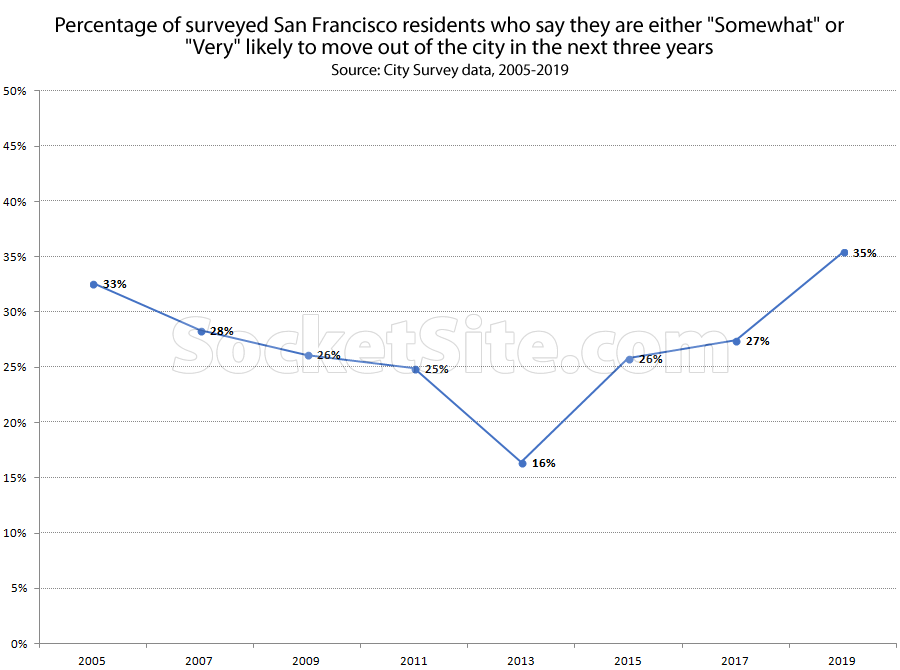 According to the City of San Francisco’s latest City Survey, the percentage of San Francisco residents who say they are either “somewhat” or “very” likely to move out of the city in the next three years is up to 35 percent.

That’s up from 27 percent two years ago, versus a low of 16 percent in 2013 and two percentage points higher than in 2005 (the first year the question was included in the biannual survey), according to our review of the City’s raw survey data. And yes, the summary data we provided last year was based on the City’s accounting, not ours.  But for the sake of comparison, the data above presented in the same scale and format as selected by the City to demonstrate the “relatively consistent” attitude of its residents over the past 14 years:

Not too surprisingly, nor inconsistent with years past, it’s both the younger and newer residents which are most likely to foresee a near-term move:

And in terms of where those who do leave the city are likely to move, if the recent past is any indicator, the majority will stay in-state and half will remain in the Bay Area: 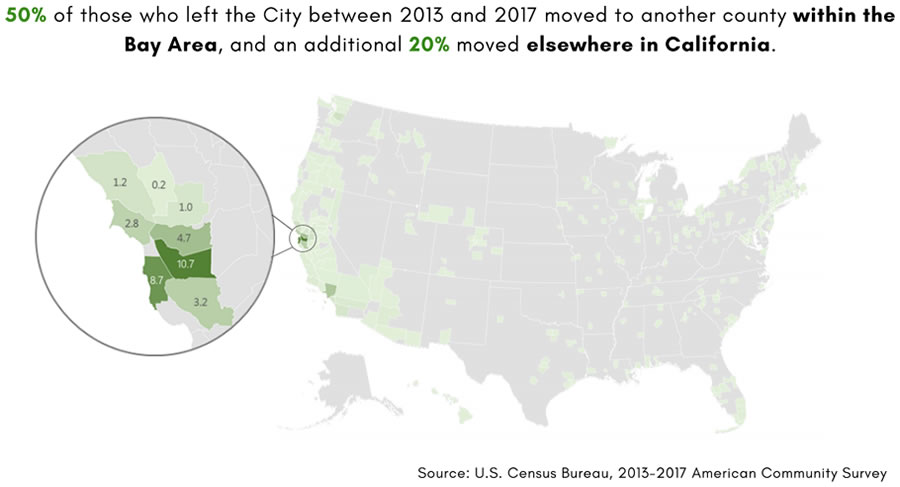