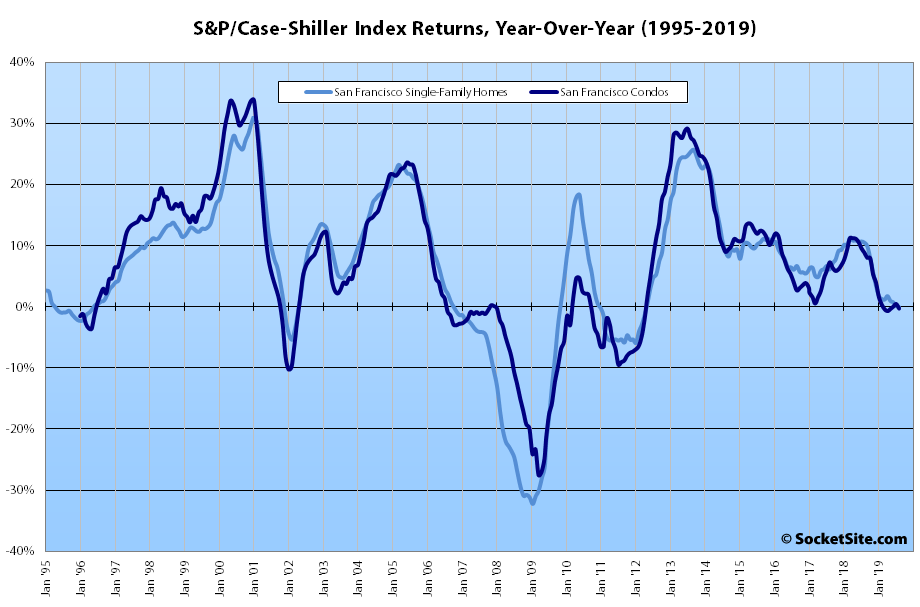 For the first time since early 2012, the S&P CoreLogic Case-Shiller Index for single-family home values within the San Francisco Metropolitan Area – which includes the East Bay, North Bay and Peninsula – has dropped on a year-over-year basis, an outcome which shouldn’t catch any plugged-in readers by surprise.

Granted, it’s a nominal drop of 0.1 percent. But that’s versus a 10.5 percent year-over-year gain at the same time last year and despite a dramatic drop in mortgage rates over the same period of time, plenty of IPO related hype from industry folks since the start of the year and a stock market which is still hovering near its all-time high. 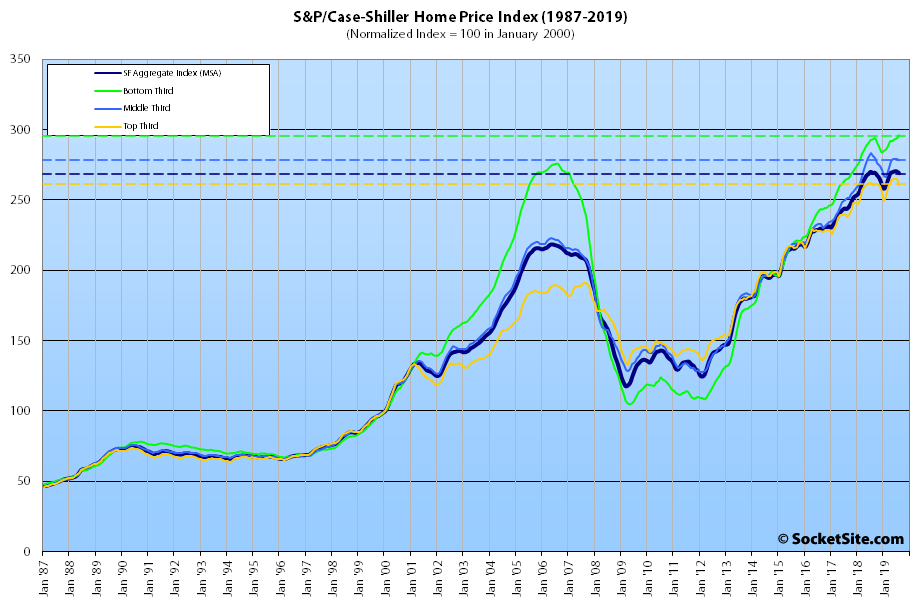 And having slipped 0.5 percent in August, the index for Bay Area condo values is now down 0.3 percent on a year-over-year basis having turned negative for the first time since 2012 in the first quarter of this year. 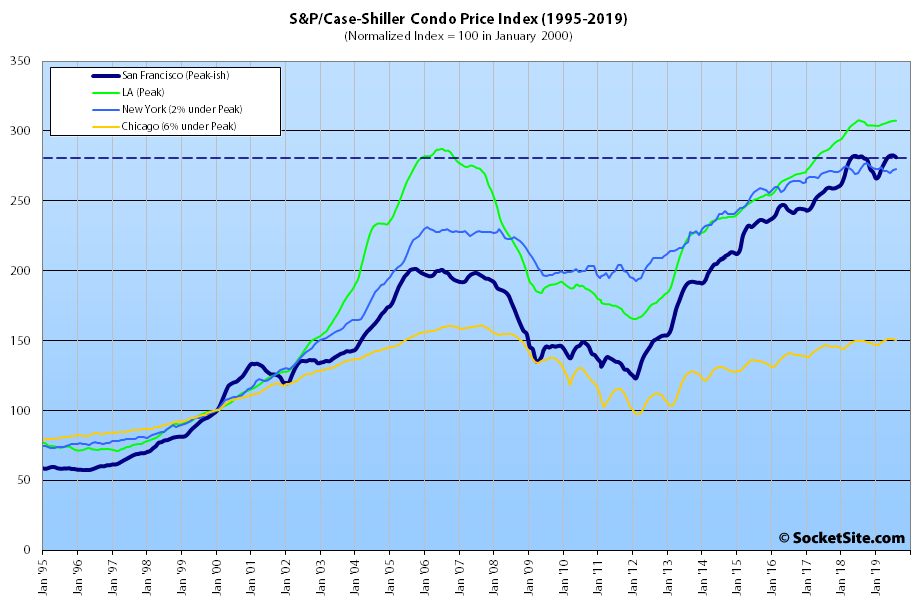 Nationally, Phoenix is still leading the way in terms of home price gains, up 6.3 percent on a year-over-year basis, followed by Charlotte (up 4.5 percent) and Tampa (up 4.3 percent) with Las Vegas (up 3.3 percent) having just dropped out of the top three.

And of the top 20 metropolitan areas in nation, San Francisco was the only metro area to record a year-over-year loss in August, with Seattle, which ranked second to last in terms of performance, managing to eke out a 0.7 percent gain.