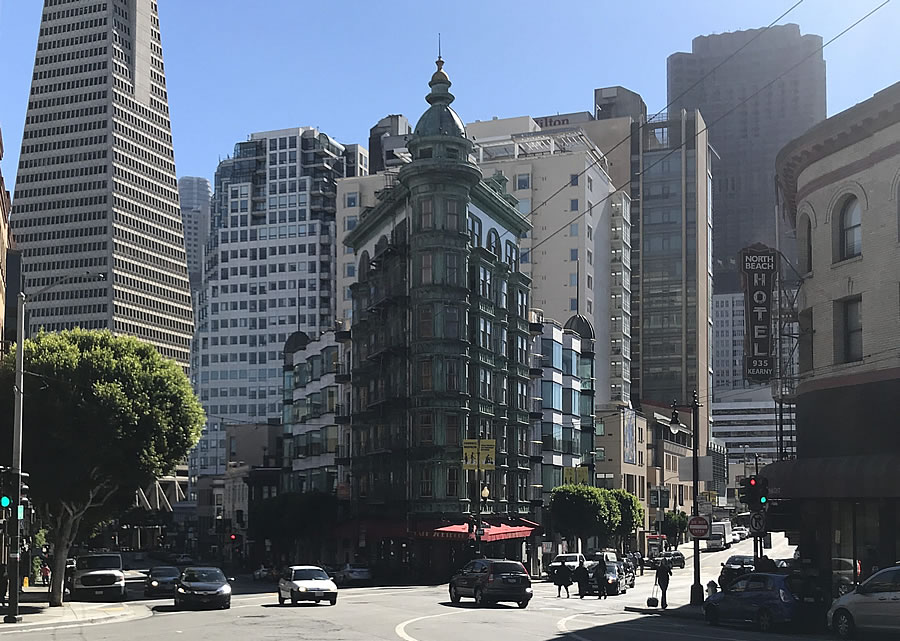 Finished in 1907, having been under construction during the great quake of 1906, the now landmark Columbus Tower/Sentinel Building at 916 Kearny Street was purchased by Francis Ford Coppola in the early 70s and is currently configured as six floors of office/film studio space over the ground floor Café Zoetrope, with a private 8th-floor penthouse residence.

But as envisioned by Sofia Properties, which is headquartered in the Flatiron-styled building along with American Zoetrope, and to which the property was deeded in 1992, the majority of the landmark building could soon be converted into a hotel.

While the café, second floor office spaces and private penthouse unit would survive the conversion, as would the basement screening rooms, floors three through seven of the landmark building would become a boutique 15-room hotel with a slightly enlarged lobby on Kearny, and a major interior remodel, but no proposed changes to the building’s historic exterior.