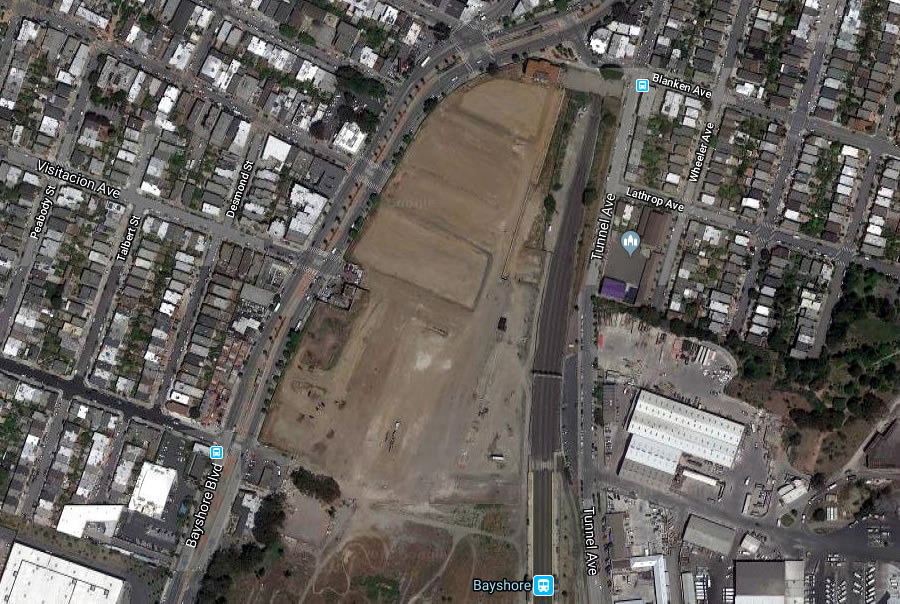 As we outlined in the third quarter of last year:

Since dubbed “Baylands North,” the project team still has yet to start building, but that should soon change.

Work on the dormant site is now slated to re-start by the end of this year. The rehabilitation of the historic office building, which will be converted into a visitor/community center and café, has been clawed-back into the first phase of the project and should commence in the first quarter of 2020. And Phase 1 construction, which will rise up to 76 feet in height, is now expected to commence in the third quarter of next year with Phase 2, south of Visitacion Avenue, including the aforementioned pedestrian connector to the Bayshore Caltrain station, slated to commence circa 2024. 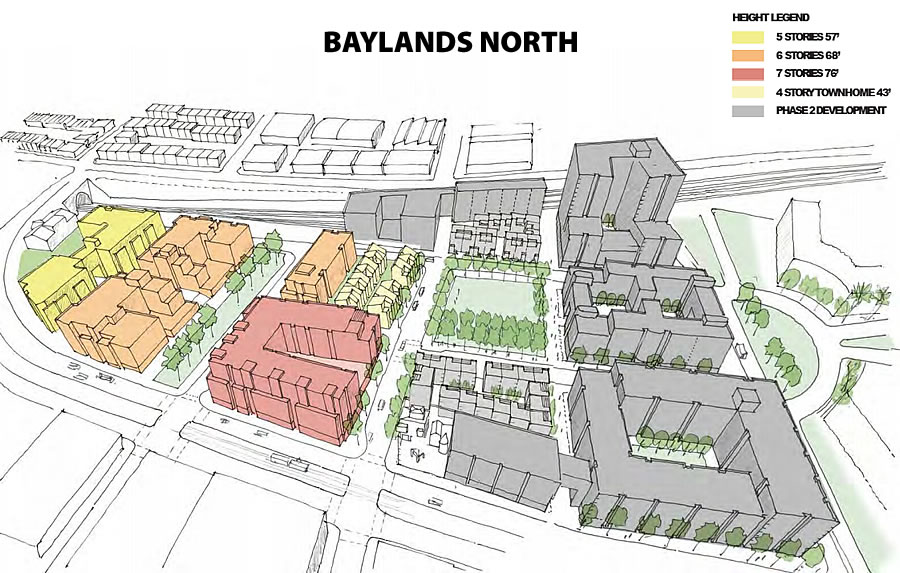