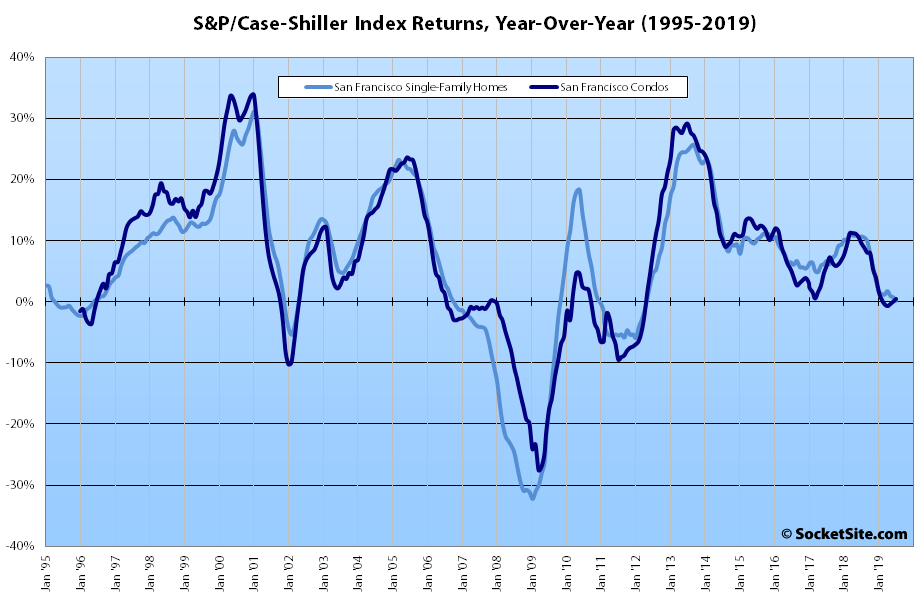 Having eked out a 0.2 percent gain in June, the S&P CoreLogic Case-Shiller Index for single-family home values within the San Francisco Metropolitan Area – which includes the East Bay, North Bay and Peninsula – was flat in July.

And as such, the index is now up a total of 0.2 percent over the past year, which is the smallest year-over-year gain since the second quarter of 2012 and down from a 10.7 percent year-over-year return at the same time last year despite a dramatic drop in mortgage rates and plenty of IPO related hype over the past two quarters. 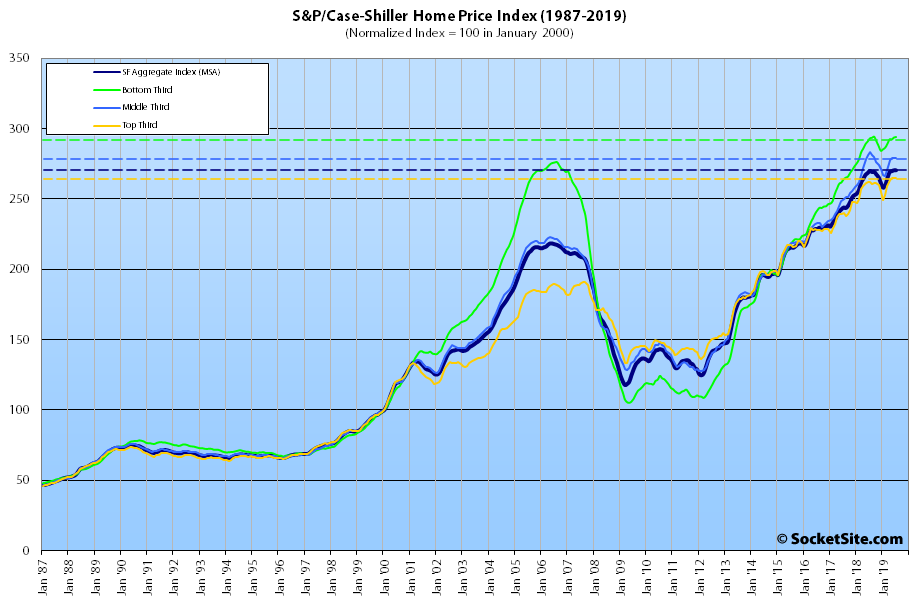 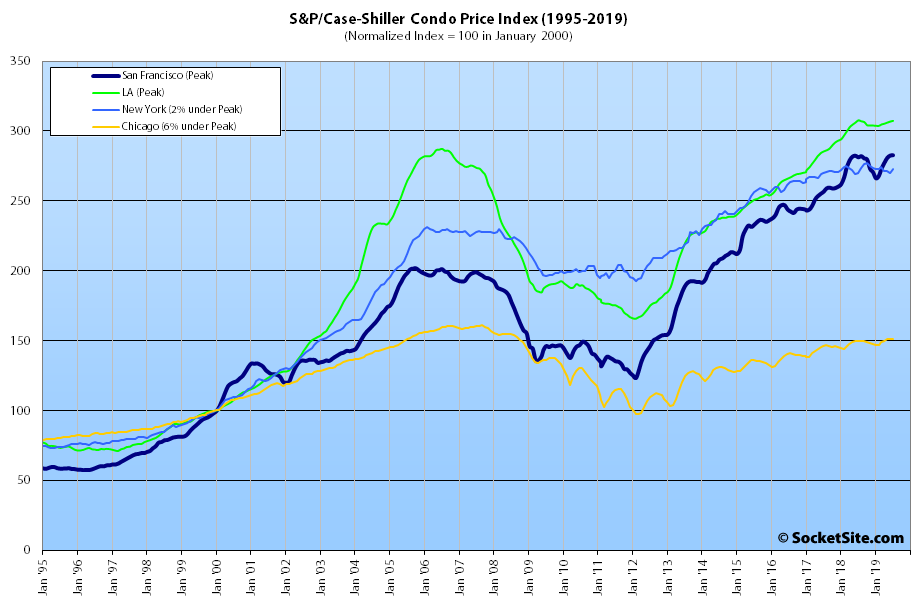 Nationally, Phoenix is still leading the way in terms of home price gains, up 5.8 percent on a year-over-year basis, followed by Las Vegas (up 4.7 percent) and now Charlotte (up 4.6 percent) with Tampa having dropped into fourth place with a 4.5 percent gain.

And for the second month in a row, San Francisco ranked next to last in terms of year-over-year gains for the top 20 metropolitan areas in nation, above only Seattle (which was down 0.6 percent) and versus a national average of 3.2 percent.