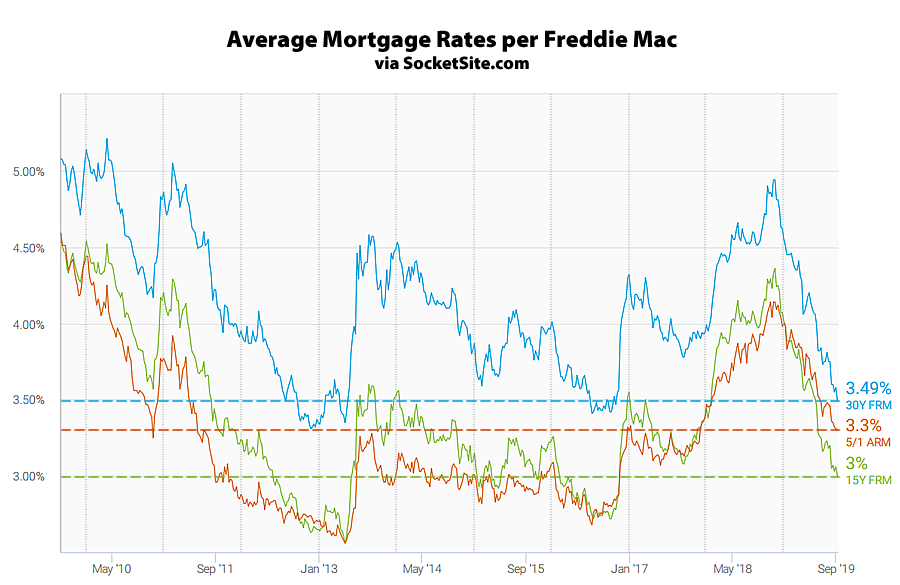 The average rate for a 30-year mortgage dropped 9 basis points over the past week to 3.49 percent, which is down 145 basis points (1.45 percentage points or 29.4 percent) since the fourth quarter of last year and is now within 8 basis points of both a three and six-year low.

Despite the significantly lower rates, home sales in San Francisco remain down on a year-over-year basis.  And according to an analysis of the futures market, the probability of the Fed easing rates for a second time this year has ticked back up to over 99 percent.