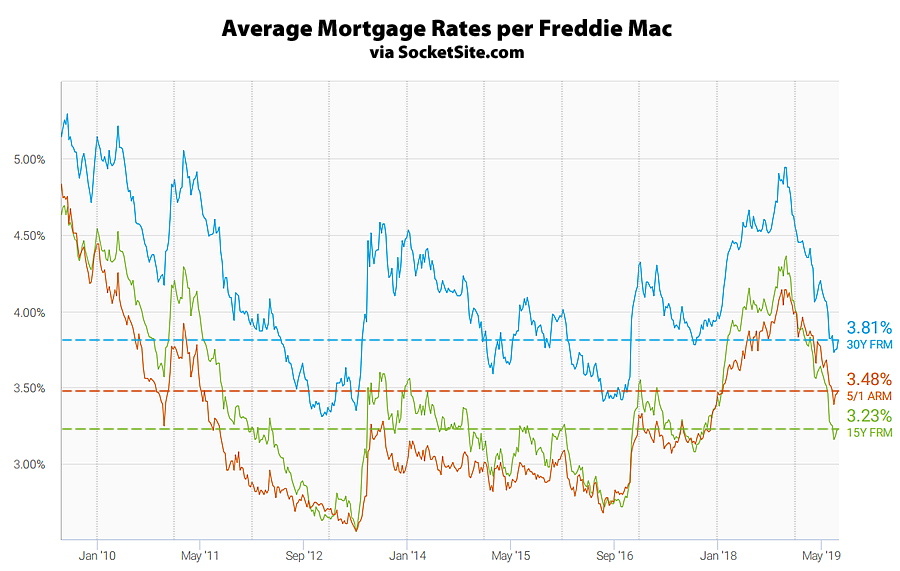 Having dropped to 3.73 percent at the end of last month and bouncing around a 32-month low, the average rate for a 30-year mortgage inched up 6 basis points over the past week to 3.81 percent but remains 113 basis points (1.13 percentage points) below its mark in the fourth quarter of last year.

And with the probability of the Fed easing rates by the end of the year holding at 100 percent, the odds of the said easing happening soon rather than later has increased over the past month according to an analysis of the futures market.

Refined Designs for Building up in Berkeley