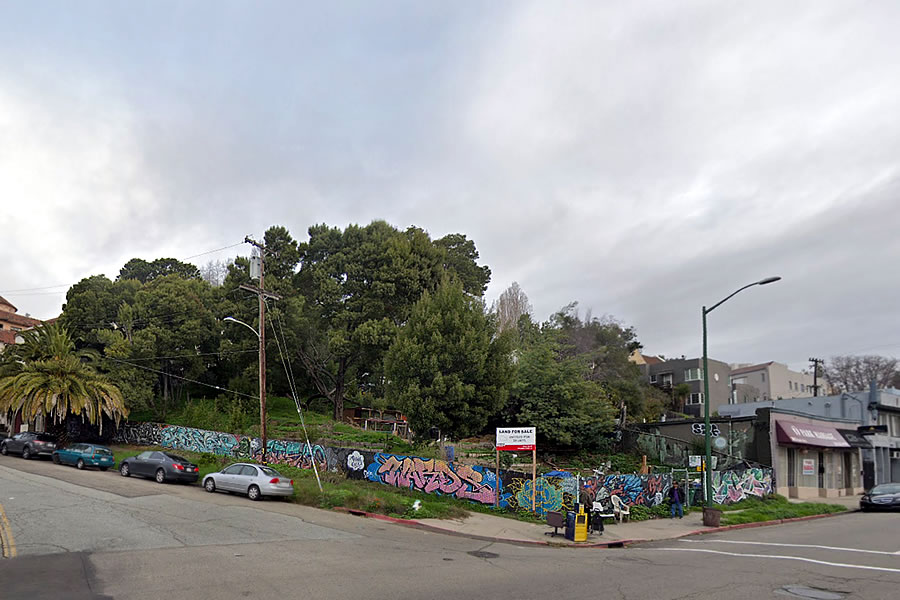 The underdeveloped lot at the corner of Cleveland Street and Park Boulevard in Oakland’s Cleveland Heights neighborhood hit the market in 2004 with permitted plans for a 25-unit building – including 24 residential units, one commercial space and a 25-car garage – to rise on the 2805 Park Boulevard parcel and sold for $1.25 million in January of 2005.

Having never broken ground, the Cleveland Heights parcel returned to the market in 2017 with new plans for a fully-entitled 20-unit building to rise on the site, with 16 three-bedrooms and 4 fours, and sold for $1.45 million in December of 2017 with the rendering below: 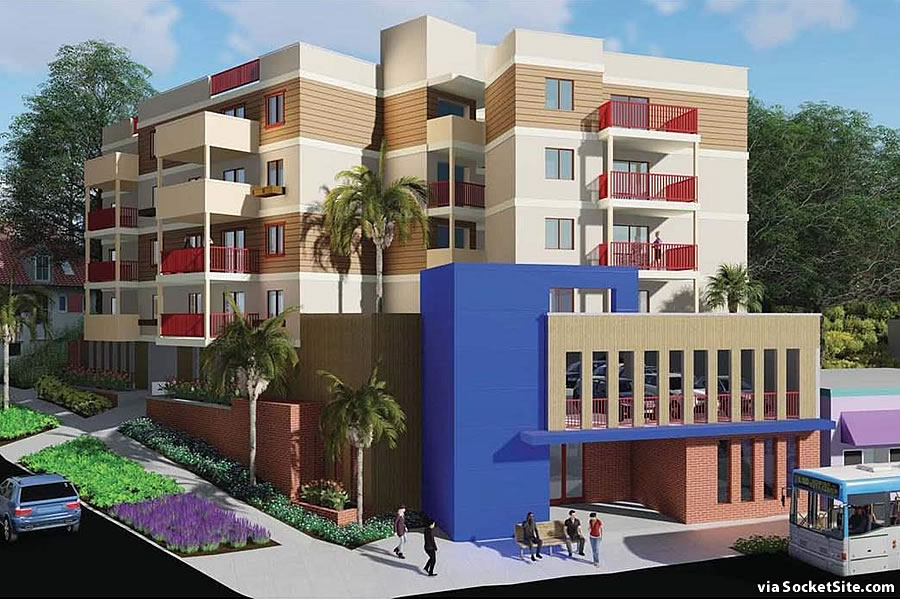 And with Winder Gibson Architects having been engaged to redesign the redesigned plans for the fully-entitled 20-unit project, which is “now being planned as a Luxury Condominium” development, but with 4 below market rate units (BMR) as entitled, the vacant lot is now back on the market with a $2.1 million price tag as newly rendered below: 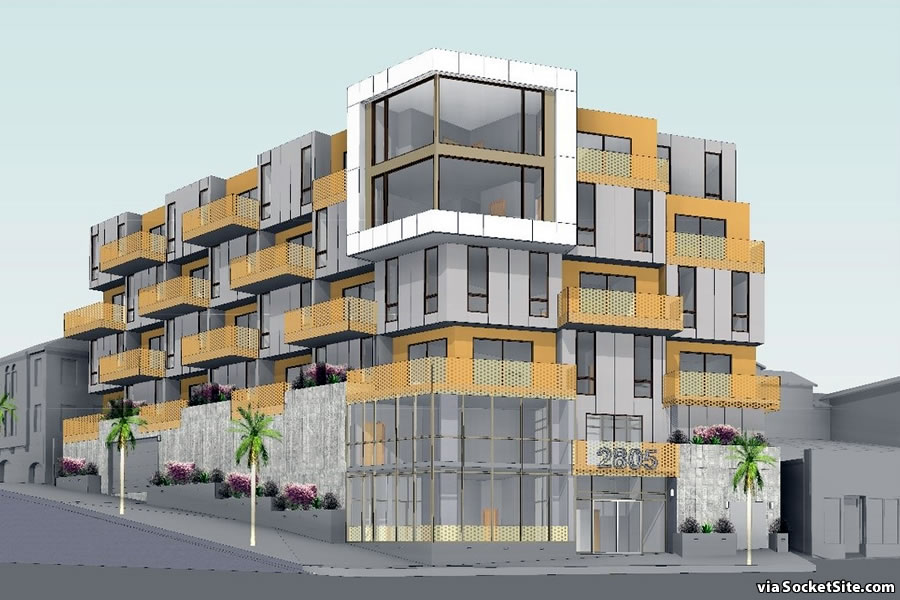