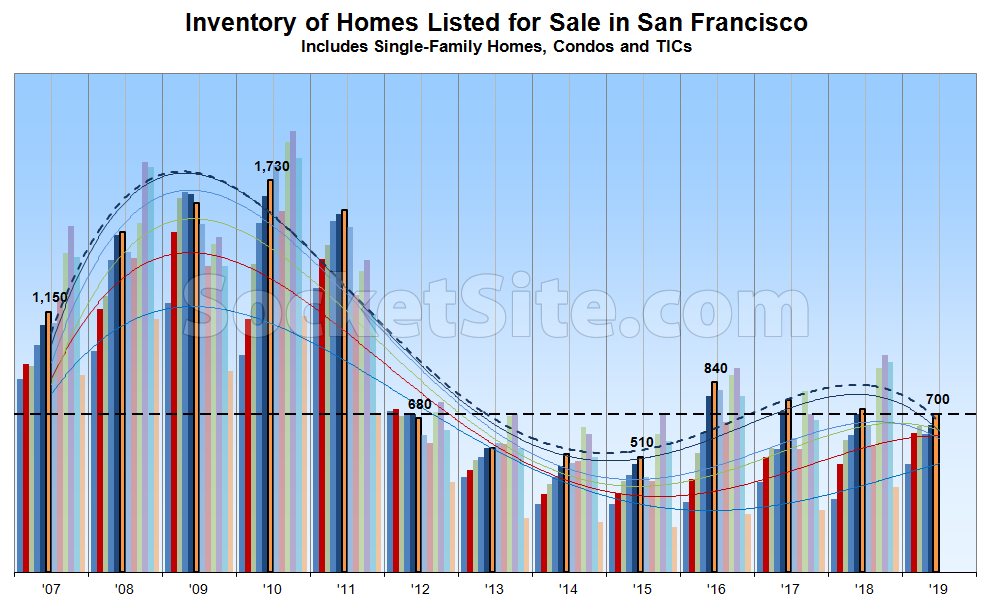 While 17 percent higher than at the beginning of the month, the number of homes on the market in San Francisco is now holding at around 700, which is 37 percent higher than in June of 2015 but 3 percent lower than at the same time last year, with the year-over-year drop being driven by a slowdown in new listing activity versus an increase in sales, the pace of which is actually down.

Expect inventory levels to start ticking down through August before jumping in September and then peaking again mid-fall.