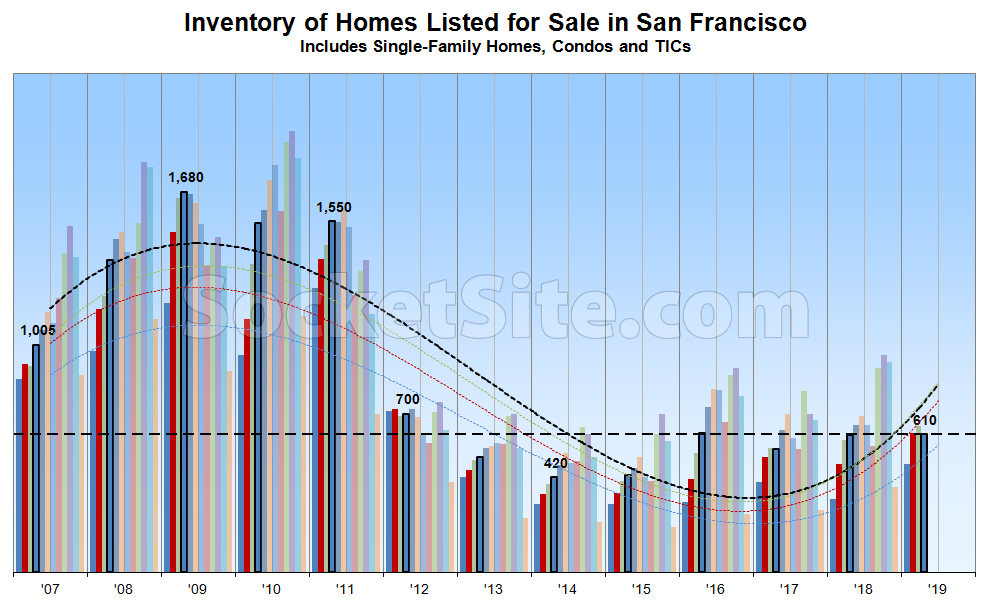 While the total number of homes currently listed for sale in San Francisco (610) is now running 1 percent higher than at the same time last year (605), and roughly 45 percent higher than in mid-April 2014 (420), inventory levels have atypically slipped 5 percent over the past month with sales activity outpacing new listings.

And all that being said, we’re still expecting inventory levels in San Francisco to climb through June, followed by a typical summertime lull and peak in the fall.