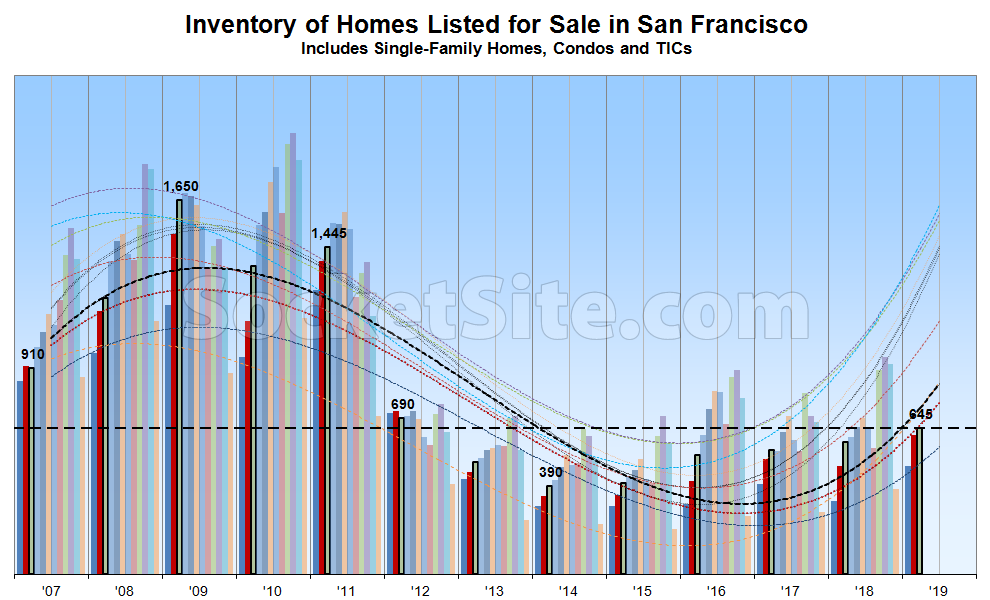 At the same time, the percentage of listings in San Francisco which have undergone at least one price reduction is now running a little over 14 percent, which is one (1) percentage point higher than at the same time last year.

And the total number of homes in contract to be sold has been running around 7 percent lower on a year-over-year basis since the end of February.