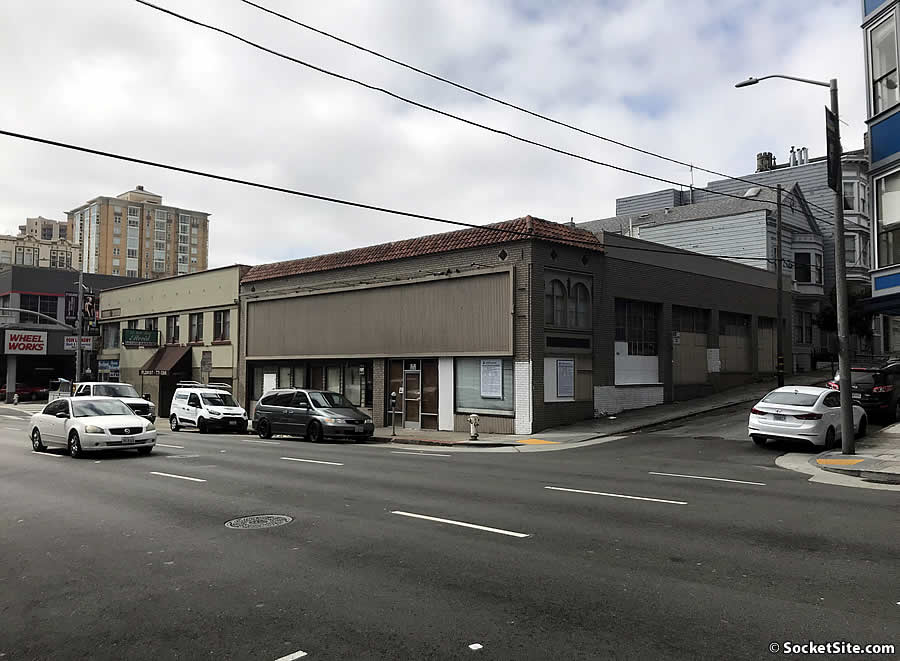 “Plans to raze the recently shuttered Institute for Advanced Study of Human Sexuality building at 1523 Franklin Street and construct a decidedly modern building designed by Alan Tse and Charles Chan Architectural Studio upon its corner parcel have been abandoned.

And as newly rendered by RG-Architecture for JS Sullivan Development below, a setback six-story addition to the building’s shell, which would be renovated, could now rise up to 84 feet in height upon the parcel, with seven full-floor condos (six three-bedrooms and one four) over a 650 square foot café space fronting Franklin Street and a basement garage for six stacked cars, assuming a variance from having to provide a rear yard, as mandated by San Francisco’s Planning Code, is approved next week.” 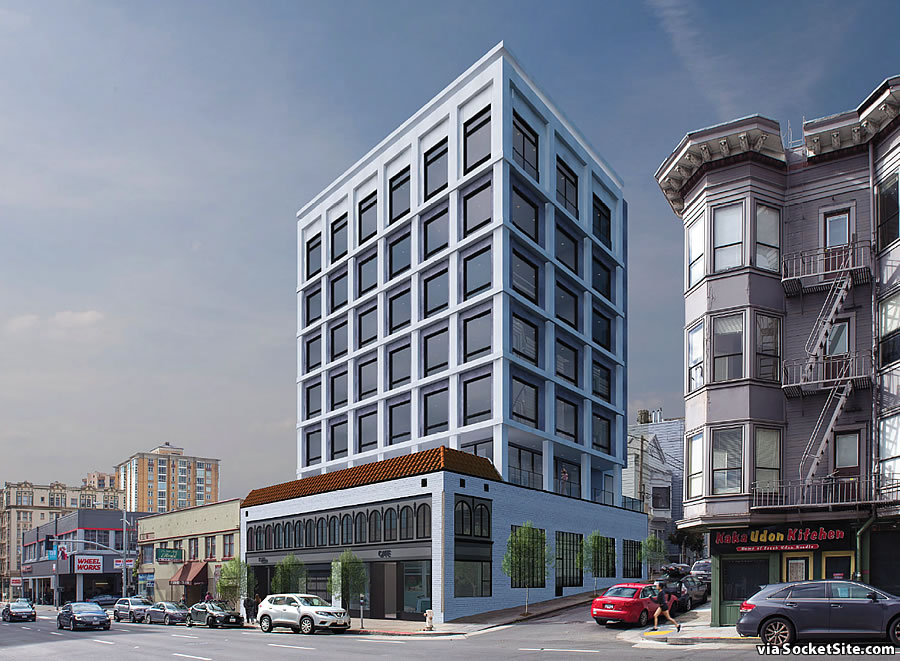 While the aforementioned variance has since been heard by San Francisco’s Zoning Administrator and appears poised to be approved, along with building permits for the project, the development has been formally challenged by a neighbor on Austin Street, including concerns that “dirt, debris, noise, dust, parking and vermin impacts due to, and during construction” will render his adjacent home uninhabitable for a couple of years.

Next week, San Francisco’s Planning Commission will formally rule on the requested Discretionary Review (DR) to block the project as proposed. And if the Commission follows the recommendation of the City’s Planning Department, which notes that “construction ramifications are…outside the purview of the Planning Department, but typical to all construction in the City,” the project will be approved as proposed. 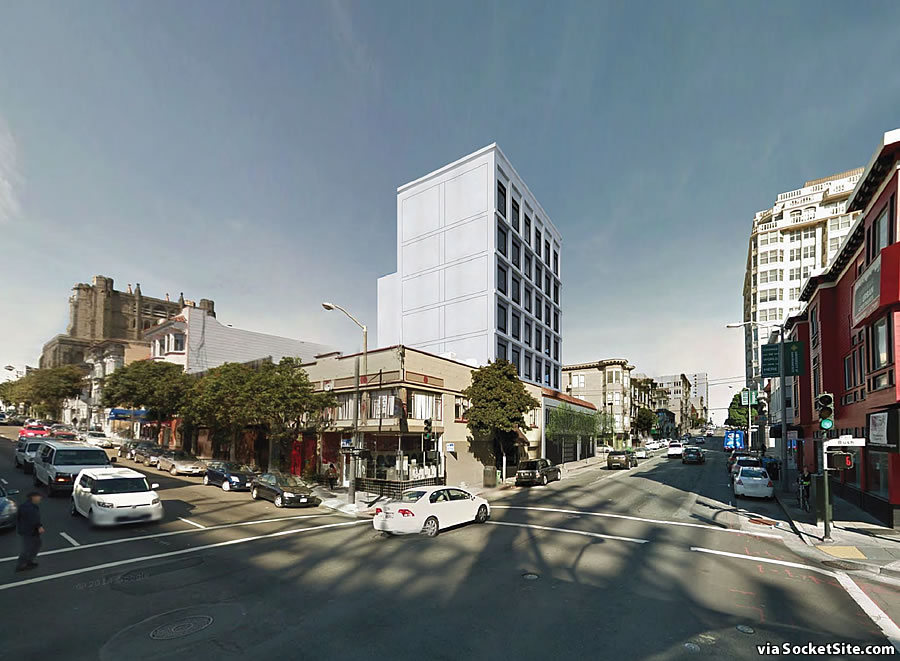