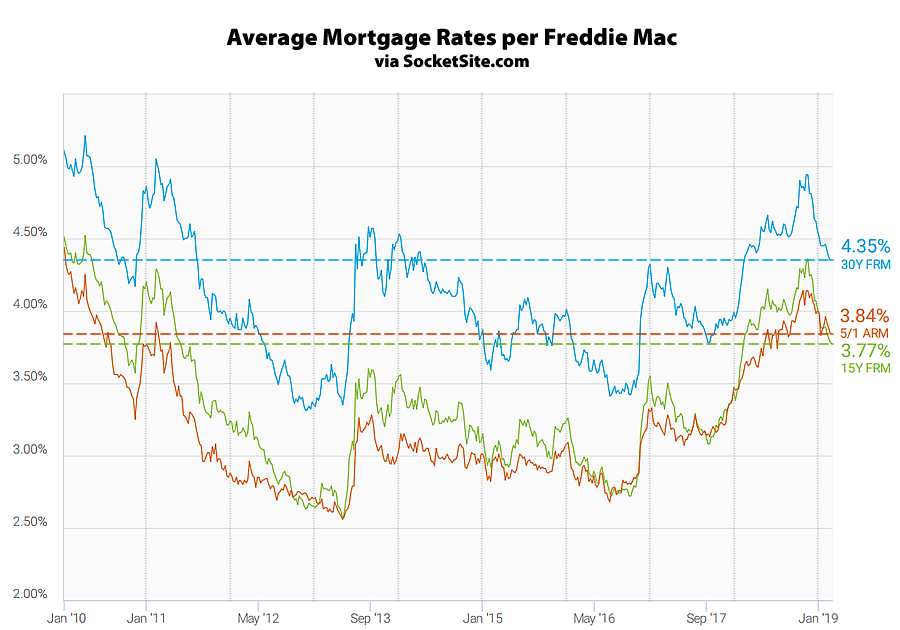 The average rate for a benchmark 30-year mortgage, which hit a 7-year high of 4.94 percent this past November, but has since dropped 59 basis points, was unchanged over the past week, holding at 4.35 percent, which is 8 basis points below its mark at the same time last year, according to Freddie Mac’s latest Mortgage Market Survey data.

And with the Fed having formally signaled a more “patient” approach with respect to any future rate hikes, with signs of a global economic slowdown growing, the probability of another hike by the end of this year is currently running around 6 percent, with the possibility of an easing a little over 9 percent, according to an analysis of the futures market.