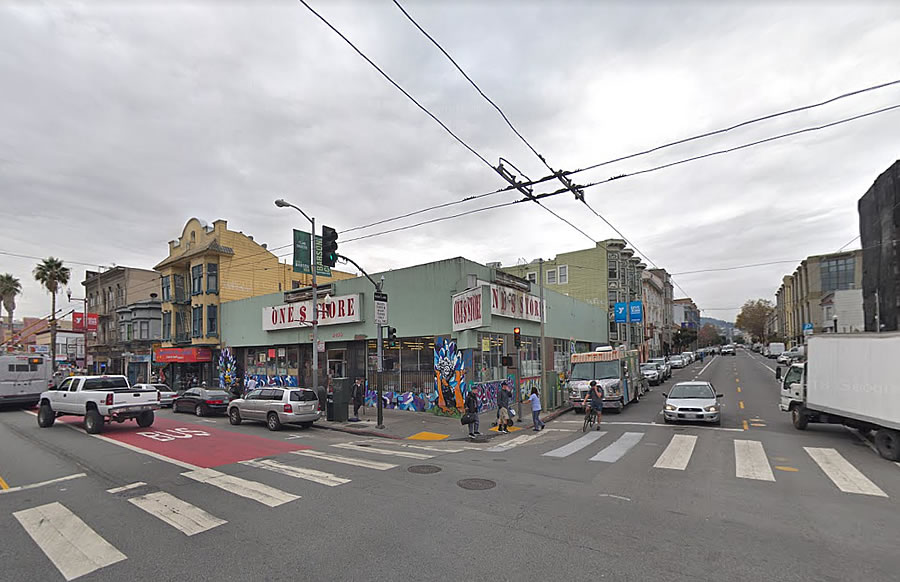 Having subsequently agreed to provide four (4) of the twenty-seven (27) residential units at below market rates and offer the ground floor commercial space “to a lower-price-point, community serving business,” at a reduced rate and for a term of 50 years (for which Goodwill has inked a letter of intent for up to 25 years and MEDA has secured the right to select the future tenants), the proposed development to rise at 2100 Mission Street, as rendered below, was approved by Planning. 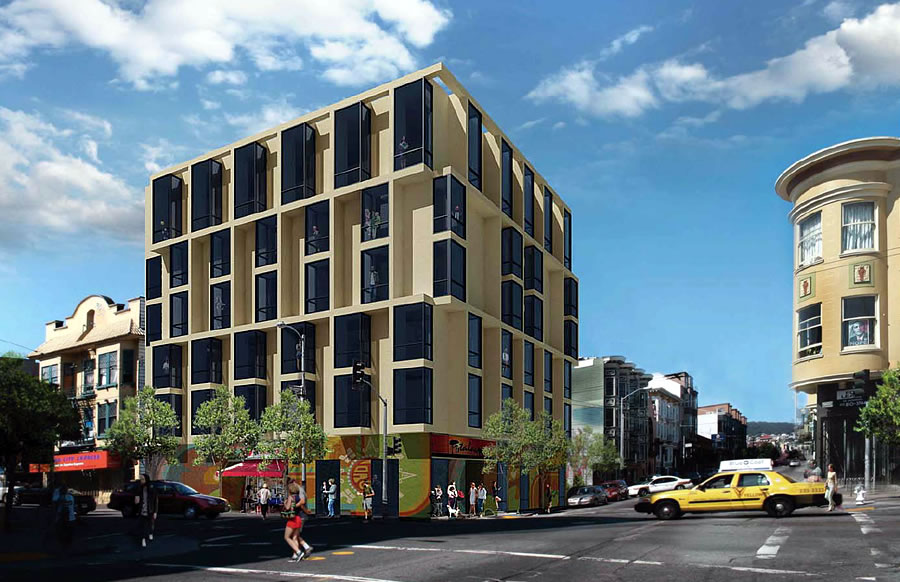 And while building permits for the project have been requested, and the One $ Store is currently operating on a month-to-month lease, the corner site and plans are now on the market with a $5.5 million price tag rather than positioning to break ground.