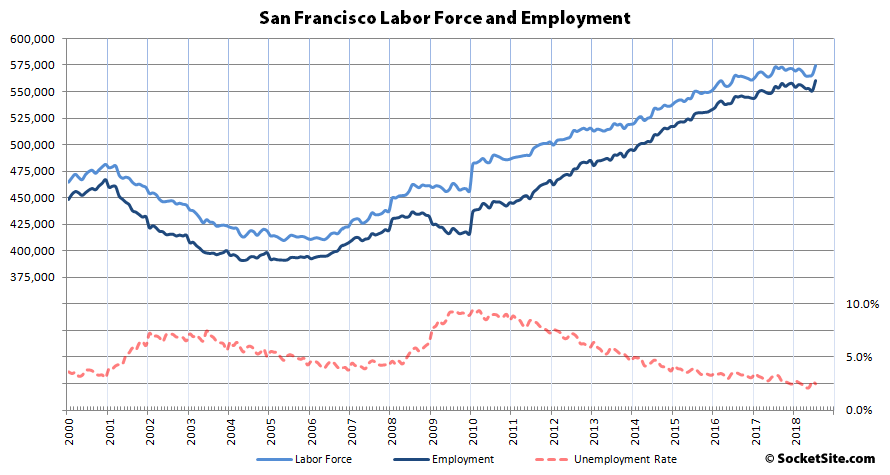 With an above-average bump in seasonal hires, the unemployment rate in San Francisco dropped from 2.7 percent in June to 2.4 percent in July, with the labor force having increased by 8,700 to 574,400 and the number of people residing in the city with a job, including summer interns and college students returning home, having increased by 9,700 to 560,400.

In Alameda County, which includes the City of Oakland, the estimated number of people living in the county with a paycheck increased by 9,700 to 827,200, which is 134,400 more than at the start of 2010 and 8,100 above its mark at the same time last year with an unemployment rate of 3.2 percent. 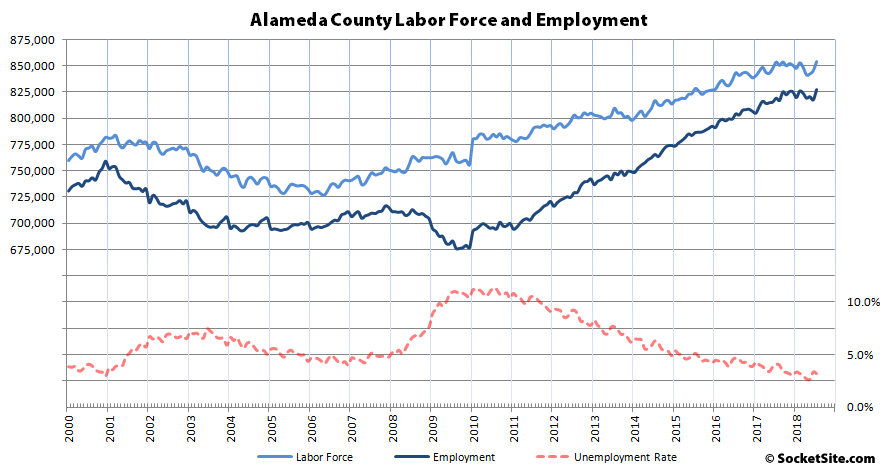