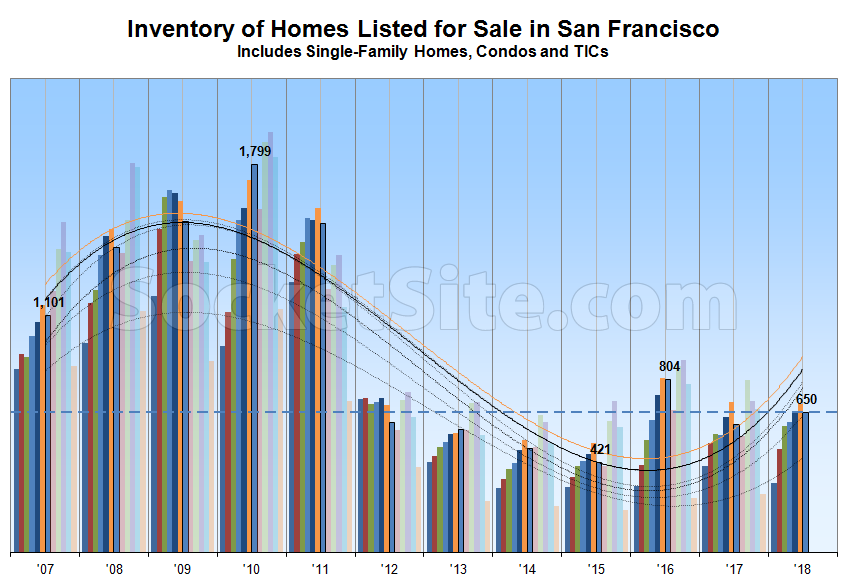 While having slipped 6 percent over the past month with typical seasonality in play, the number of single-family homes and condos actively listed for sale in San Francisco has ticked up 9 percent over the past two weeks to 650, which is 3 percent higher on a year-over-year basis and 54 percent above its mark at the same time in 2015, which remains an inflection point for the current cycle.

At a more granular level, the number of single-family homes currently listed for sale in the city (225) is now running 15 percent higher versus the same time last year while the number of listed condominiums (425) is running 2 percent lower, a total which doesn’t include the vast majority of new construction condos for sale across the city, the inventory of which is currently hovering around 500.

With respect to sales activity, the number of homes currently under contract in the city, the inventory of which isn’t included in the totals above, is currently running around 450 having averaged closer to 470 over the past month.

And once again, Inventory levels in San Francisco typically decline during the summer months before climbing again in September, as tracked and trended above on a monthly basis since 2007.