Pace of New Home Sales in the U.S. Rebounds, but Not out West 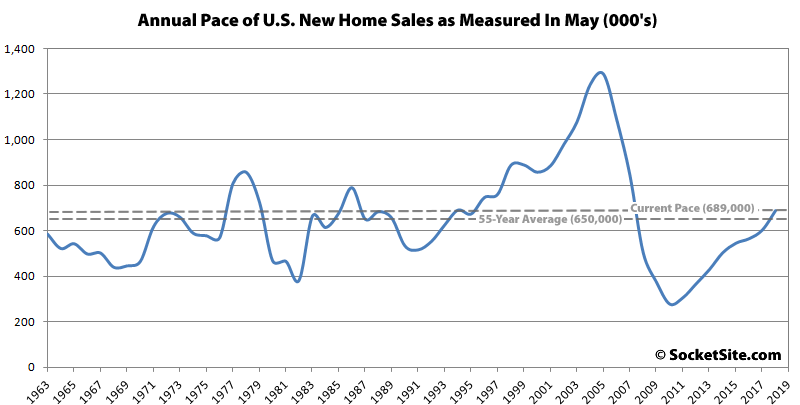 Having dropped a downwardly revised 3.7 percent in April, the seasonally adjusted pace of new single-family home sales in the U.S. rebounded 6.7 percent in May to annual pace of 689,000 sales which is 14.1 percent higher on a year-over-year basis and 6.0 percent above the long-term average for this time of the year.

At the same time, the number of new single-family homes for sale across the county inched up from 296,000 to 299,000, which is 10.3 percent higher than at the same time last year and within 3 percent of the long-term average for new home inventory levels over the past 55 years. 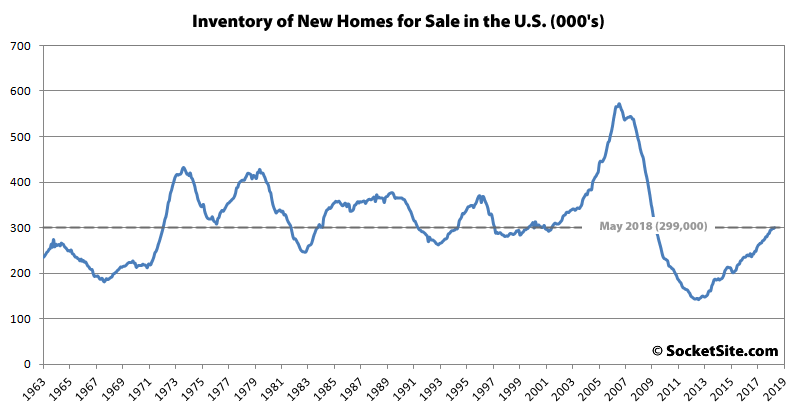 But in the west, having dropped 8.0 percent in April, the annual pace of new single-family home sales dropped another 8.7 percent in May to 157,000 transactions and is now running 0.6 percent above its pace at the same time last year.

Only in San Francisco, Take Two