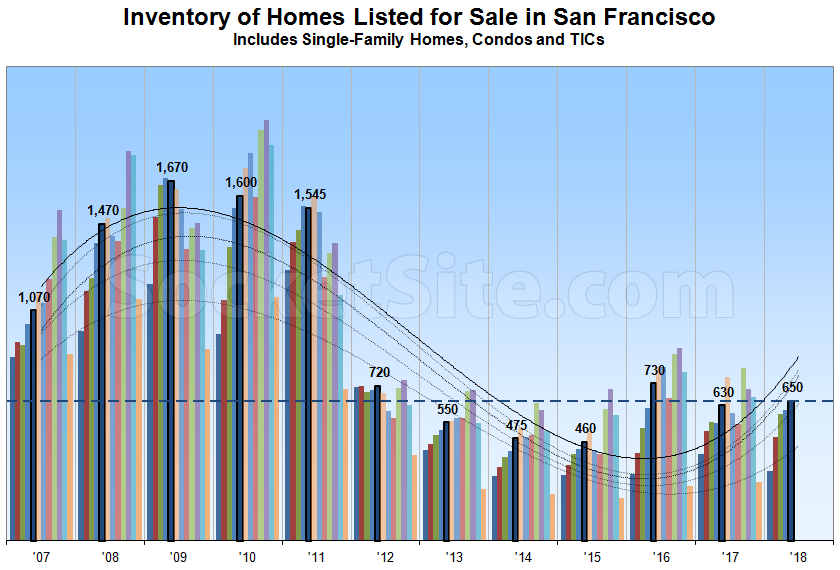 Driven in part by a pronounced slowdown in sales activity since the end of last year, the number of single-family homes and condos actively listed for sale in San Francisco (650) is currently running 3 percent higher versus the same time last year (630) and 41 percent above the current cycle low for the first week of May (460) which was set in 2015.

At a more granular level, the number of single-family homes currently listed for sale in the city (230) is roughly even with the same time last year while the number of listed condominiums (420) is running closer to 4 percent higher, a total which doesn’t include the vast majority of new construction condos for sale across the city, the inventory of which is currently around 550.

And with respect to sales activity, the number of homes currently under contract, a total which isn’t include in the active inventory numbers above, is hovering around 450 which is down around 3 percent from the weekly average in April.

Expect inventory levels in San Francisco to continue to climb for another month in the absolute before dipping around August and then climbing again through November before tailing off through the end of the year, as tracked and trended above on a monthly basis since 2007.