Big Plans for Club Zone Parcels Have Been Drawn 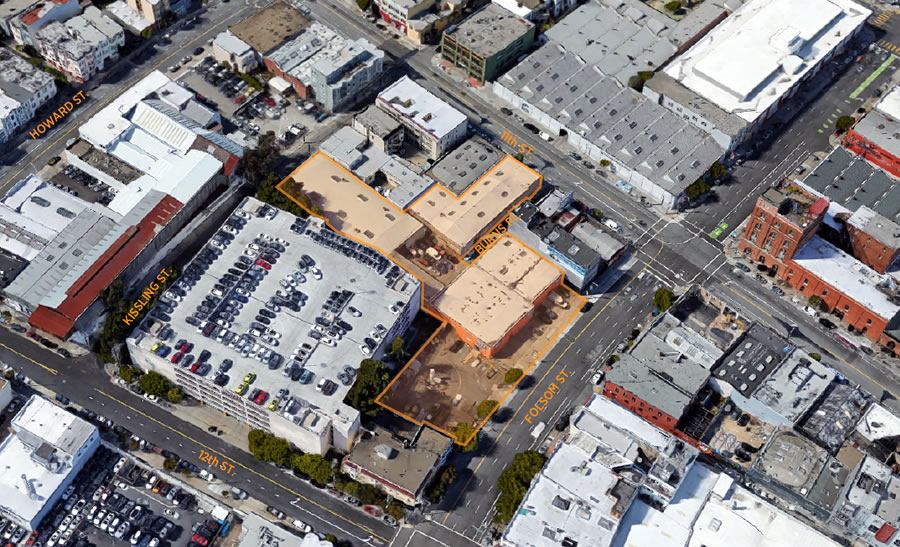 The Action Rentals building at 1526-1530 Folsom Street is on the market in Western SoMa, along with its parking lot at 1560 Folsom and two adjacent parcels which extend to (135) Kissling and (276) 11th Streets.

Zoned for building up to 55 feet in height, the site is being positioned as a development site for around 200 units to rise across the four parcels, across the street from the Holy Cow nightclub at 1535 Folsom Street and wrapping around the new Oasis club at 298 11th Street.

And having met with the City to discuss the potential last year, the sales team is now seeking $25 million for the club zone parcels.

While it doesn’t appear as though the assemblage of parcels has yet to officially change hands, it would appear an agreement has been signed.  And the plans for a 214-unit building to rise up to 75 feet and 7 stories in height across the site, employing California’s density bonus law for the extra 20-30 feet, have been drafted for the development team at the Avant Group and submitted to the city for review. 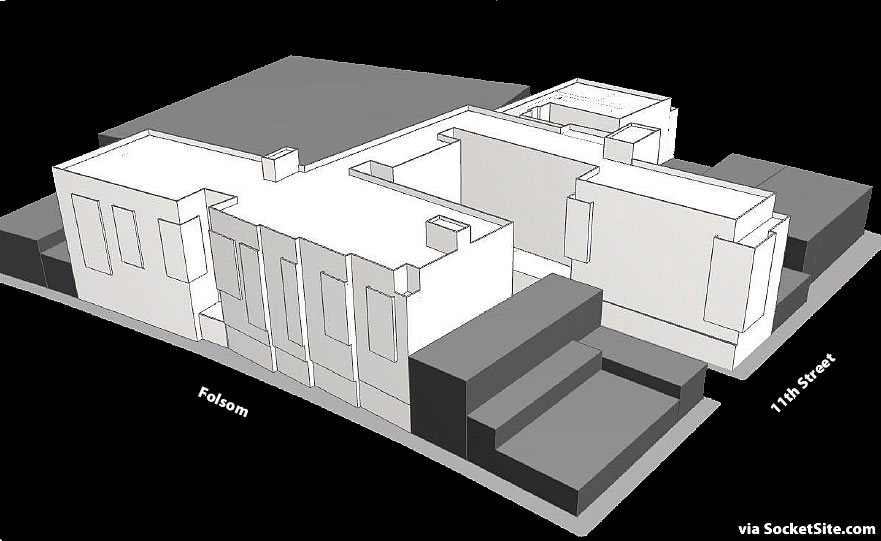 In addition to the 214 apartments, the draft plans include a garage for 54 cars with its entrance at the end of Burns Place, a storage room for 192 bikes, and 5,700 square feet of ground floor commercial space fronting Folsom and 11th Streets. We’ll keep you posted and plugged-in.